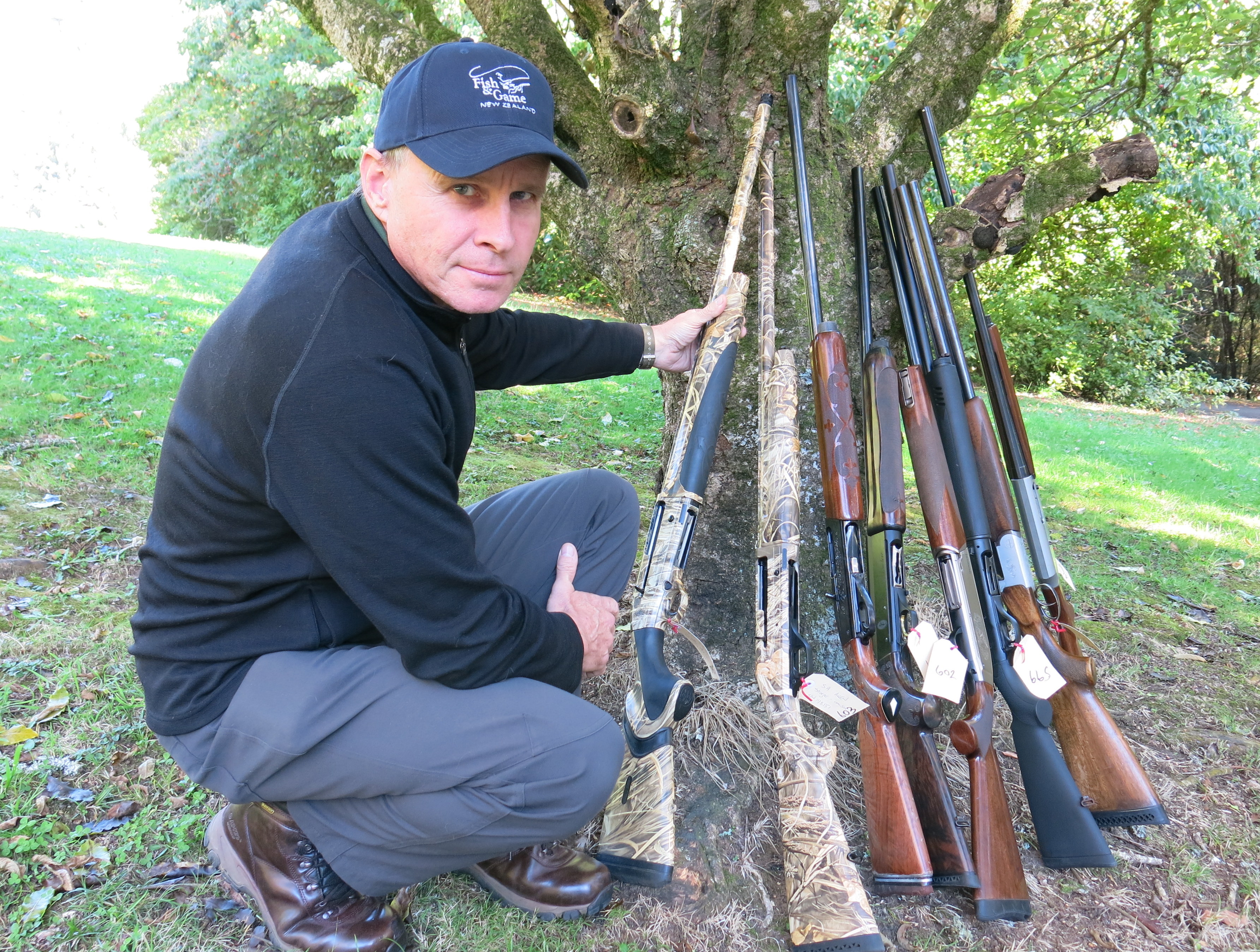 Welcome to our May edition of Both Barrels.

Game bird hunters across the country have had a cracker start to the new hunting season.

As always, bags have varied from place to place on a bunch of well-debated factors, not least of which is hunter skill.

But a common theme was “lots of ducks” everywhere from Lake Ellesmere in the South Island to the Hauraki Plains up north.

Many hunters reported a better season than last year, such as the farmer north of Gisborne who reported that ten hunters in five maimais on his property had harvested 76 paradise shelduck and 45 mallards over Opening Weekend.

On a pond near Selwyn, on the Canterbury Plains, hunters bagged 107 birds over the weekend. Check them out here, filmed by our own Richard Cosgrove.

It’s well worth repeating that Fish & Game Fish and Game is delighted that Opening Weekend was incident-free. We congratulate each and every one of you licence holders for obviously taking on board safety messages.

We tried hard this year to promote safety in cooperation with Mountain Safety, Water Safety NZ and Police officers.

The safety message was also pushed in many regions by joint patrols of Fish & Game Rangers and Police and we’d like to think all this effort has made an impact.

And on the subject of delicious wild game, it’s our fervent hope that you spread the rewards from duck hunting and treat family and mates to a duck dinner at a local restaurant.

The Game Bird Food Festival is on again – check out how to take advantage here.

The winners were Callum McKenzie from Rolleston and Blair Cunningham from Waimate.

The generosity of companies supporting Fish & Game ensured Callum and Blair walked away with great prizes.

As the winner, Callum got a custom duck call from Cupped Wing Calls in Whakatane, a year’s subscription to Rod & Rifle magazine and a “Top To Toe” pack from Lonely Track, courtesy of Tauranga’s Bronco Outdoors.

Radio New Zealand was delighted with the competition and is keen on running it again next year, so make sure you enter.

Thanks again to those who so readily agreed to put up prizes to ensure game bird hunting received positive publicity – Allan Hammond from Hammond Calls, Paul Thomas of Cupped Wing Calls, David Benfell of Rod and Rifle and Broncos Outdoors.

And a thank you to Hunter Morrow, Daniel Merritt and Adam Rayner, the organiser of the New Zealand duck and goose calling championships, for their efforts in making the radio competition a success.

If you want to have a listen, try this link here.

P.S. If you think you've got a hunting image worthy of featuring on our 'cover', email it to Richard Cosgrove for consideration.

Hunters are being urged to “take a second look” at the ‘rules & regs’ in their game bird hunting regulation guides. Fish & Game Communications Manager Don Rood says that it was unfortunate to see hunters get on the wrong side of rangers on Opening Weekend, which will in many cases, cost them dearly. He says after not having licences, two of the commonest offences rangers encountered were possession of banned lead shot, and using unpinned shotguns in regions where they are banned. Don Rood says that lead shot restrictions have been in force for around 15 years now and there is zero tolerance where breaches are concerned. Rangers seized more than 30 shotguns in different regions for a range of offences and that’s far too many, he says.

Fish & Game urges hunters – and others – to read a thought provoking article on the ethics of hunting. Newsroom sports editor Steve Deane says “it’s more than a little bit rich” to question the validity of sports such as duck shooting. Especially when you have a leather sofa and duck down pillows…Click here.

Hunters – its time to start thinking about how you can win some great hunting stuff – simply by returning your duck band details. Hunters who return their duck band details on time can win a prize pack worth nearly $600 - a duck hunting jacket plus a six-pack of decoys. Hunting & Fishing has generously offered the prizes to help Fish & Game’s research.  To get in the draw, hang on to your bands themselves but send in the details – number, and facts like where and when you shot the bird. Click here for the details.