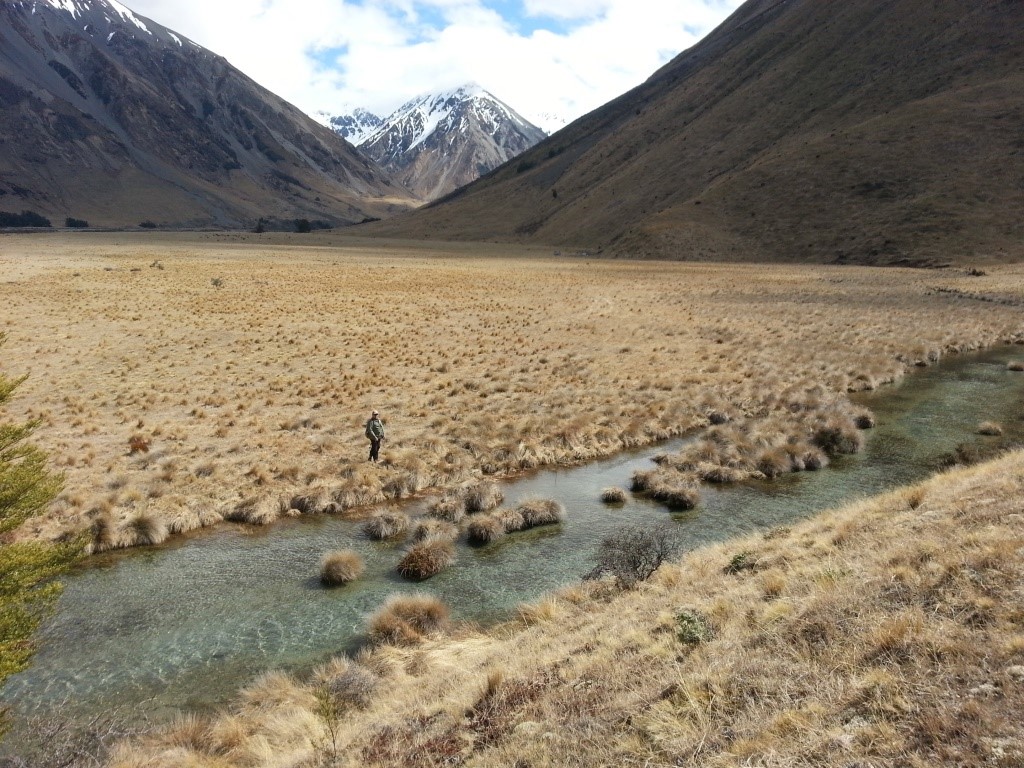 Hello and welcome to the North Canterbury region fishing report. It looks as if winter has finally arrived.

There is a decent dump of snow in the high country and morning frosts in inland places.

The weather is not looking too bad this weekend.

Above Right: A spawning stream in the Avoca catchment.

It’s still quite cold with a dying south west wind on Saturday while Sunday is a bit warmer with a North Westerly starting to blow in the high country.

The main divide did not receive much rain this week.

Most of the rain was in the foot hill areas and mainly in the northern half of the region.

Meaning the main alpine rivers should be low enough for fishing but some dirty streams further down the catchments may mean there is some colour at the mouths.

Salmon are all through the length of the rivers so up river might be the best bet as they don’t tend to linger this time of year.

They will be moving through fast, so finding some good water and watching it to see if anything moves through would be worthwhile.

On the trout front flows are higher than usual this year especially in foot hill and lowland streams.

Spin fishing is a great option in these conditions, especially if there is a bit of colour or murk in the rivers.

Fly anglers are probably better off to head further up into the high country as the plains has had a lot of rainfall this week.

Saturday looks to be the better day with the wind dying away.

It will be a crisp start to the morning but should produce a really nice day to fish some calm water on the lakes.

Fish will be starting to congregate at river mouths.  In Coleridge both browns and salmon tend to start heading towards stream mouths at this time of year.

In three weeks time Fish & Game will undertake spawning surveys in the Coleridge catchment to assess the state of the land locked salmon fishery.

Our usual indicator stream has been devoid of fish for the last two years for reasons which are a mystery to us.

The habitat is still as it was or maybe even better.

Anglers are still catching them in the lake so spawning will be occurring somewhere.

We are on the verge of having the technology to be able to take a simple water sample from a stream and detect if any salmon have spawned upstream.

The technology is still being fine tuned but it is thought that it may be in use by next year.

Until then we are walking the streams and still trying to find them the traditional way.

For the kids there are still heaps of fish at the Groynes.

Also there are still heaps of fish at Lake Lyndon.

Remember juniors only can actually use bait at Lake Lyndon.

It is the only Western Zone lake to allow bait fishing for juniors only, so make the most of that with the kids as it should be really effective.