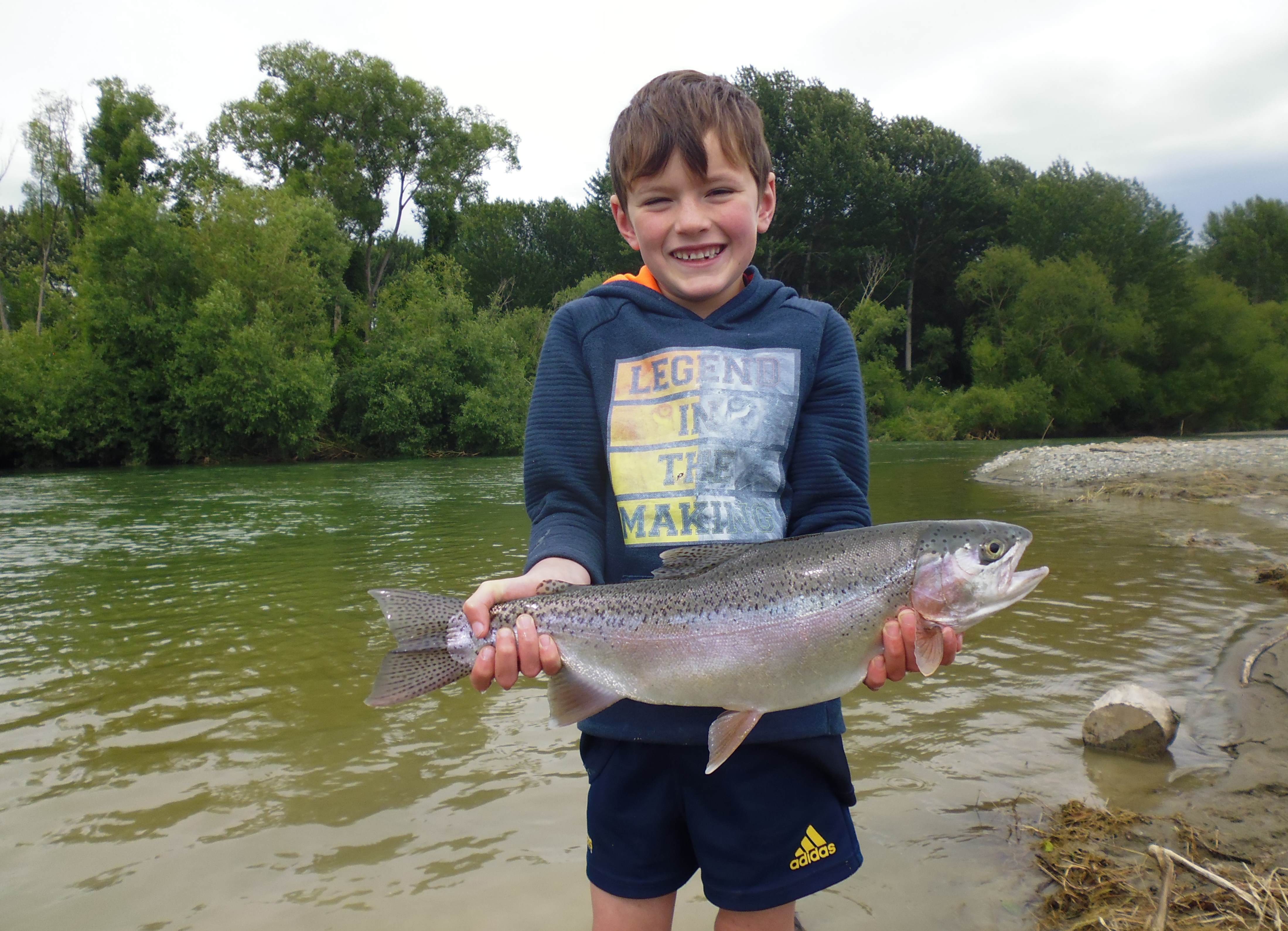 I’m back on deck after a week and a bit of family time and fishing.

On my return to work I was informed that the first confirmed report of a sea-run salmon being caught this season had made it to the office.

On Wednesday I got in touch with the Whipp’s who run the South Side Rangitata Huts weigh-in station and got the news direct.

They have weighed in one 6.3 kg salmon this week and they know of two others caught recently on the south side, a 2.5 kg fish and a 9 kg fish.

I got in touch with Ken at Ashburton Hunting and Fishing and he said he only knew of one salmon being caught on the north side, last Sunday.

I haven’t managed to get any reports from up-river so there may have been more caught than those four which were caught at the mouth.

Hamish Stevens crossed the Rangitata River on Wednesday at SH1 and said the river was good spin fishing clarity at around 95 cumecs on the Klondyke flow gauge.

We have also received a rumoured report that a sea-run salmon was caught at the Opihi recently too, the details are a little scarce though.

High water in both the Opihi and Rangitata over the last couple of weeks could have allowed salmon to progress upriver undetected so I wouldn’t be surprised if we get some reports of salmon catches around SH1 or further upstream over the next week.

The high-water conditions of the Opihi and other rivers have put sight fishing on the back burner for a while but on the other hand has provided an advantage for spin and bait anglers.

Finn and Hamish Stevens fished the lower Opihi River last Saturday when the flows were at about 33 cumecs on the SH1 flow recorder.

They could sight fish in the shallows, but the deeper parts of the pools were cloudy, so they drifted worms through the best water.

They were both pleasantly surprised to join the small club of anglers who can say they have caught rainbow trout in the Opihi.

And to boot they were cracker fish, about 3 and 4 pounds, well fed on brown beetles, caddis and bullies.

I shared a photo of a rainbow caught in the Lower Opihi in this report a couple seasons back and asked the readers to report on any Opihi River rainbow catches they knew of.

The summary of the feedback was that very few get caught, and even anglers who have called the Opihi their local for many years had never seen or heard of a rainbow caught.

The rainbow catches reported were mainly from the lower river, in both the regular and winter seasons, and a small number of rainbows had been caught throughout the mainstem of the river.

There is a slight mystery to the origin of the fish as we have no records of them spawning in the main stem of the Opihi or tributaries and have not encountered juveniles while electric fishing.

The two probable sources are downstream migration through the power station at Lake Opuha or sea-run fish that have traveled to the Opihi from neighbouring rainbow rivers like the Rangitata or Waitaki. 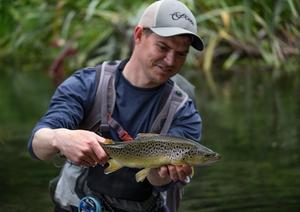 Catching them seems to be a matter of luck.

We have had more rain this week, enough to bump up flows but nothing major.

It appears the coastal side of the hunter hills was most affected so that means the Pareora and Opihi Catchment may be carrying high and discoloured water this weekend.

All areas had some rain this week, so check the flows before you go.

There are some showery spells forecast for the weekend but also some sunshine and light winds.

Last week the Opihi and Temuka were high and discoloured but I was on holiday and keen for a cast.

The Taumatakahu Stream, a small spring creek, runs close to my house and recently while walking on the stream reserve walking path, I had noticed a good number of “bigger” trout in the stream.

My theory being that these fish normally migrate out of the creek in the Temuka and Opihi by this size, but the dirty water had enticed them back up the spring creek for the clear water.

Theory aside, the clear water provided a chance for some small water “novelty” fishing.

My brother Kyle ended up catching the second biggest fish we encountered while I caught a few half pounders.

There were lots of trout and they seem most receptive to a small red chironomid fly.

The take home message here is that there are a few small spring creek tributary waters scattered around the region and they offer flowing water fishing opportunities while the main rivers are high and discoloured after rain.

Alternatively, you could always fish one of our numerous lakes. 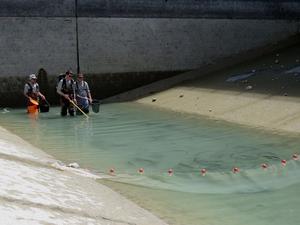 In collaboration with Genesis Energy, who own and operate the Tekapo hydroelectric scheme we completed the salvage of these fish in late November.

The gate pond was pumped out by Genesis and we were able to corral the fish using nets and recover them with our electro fishing machine.

The 177 trout recovered varied in size from about 200mm – 550mm in length and were mainly rainbow trout.

We transferred the trout to the Tekapo Canal, beside the Powerhouse Road Bridge.

The fish that migrate from Lake Tekapo through Gate 16 and the upper Tekapo Riverbed are destined for the Tekapo Canal, and we believe they make a significant contribution to the canal trout population.

For an unknown reason many of the fish, especially rainbow trout preferred to stay in the gate pond for months, even though regular spilling events gave them the opportunity to migrate downstream on high flows.

Anglers, please be aware that Genesis do not permit access to Gate 16 or the adjacent riverbed due to significant safety concerns associated with the operation of the spillway gate.

The area is well signposted with hazard warning signs.

We were able to complete the salvage under a strict health and safety process.

This is a very dangerous area.