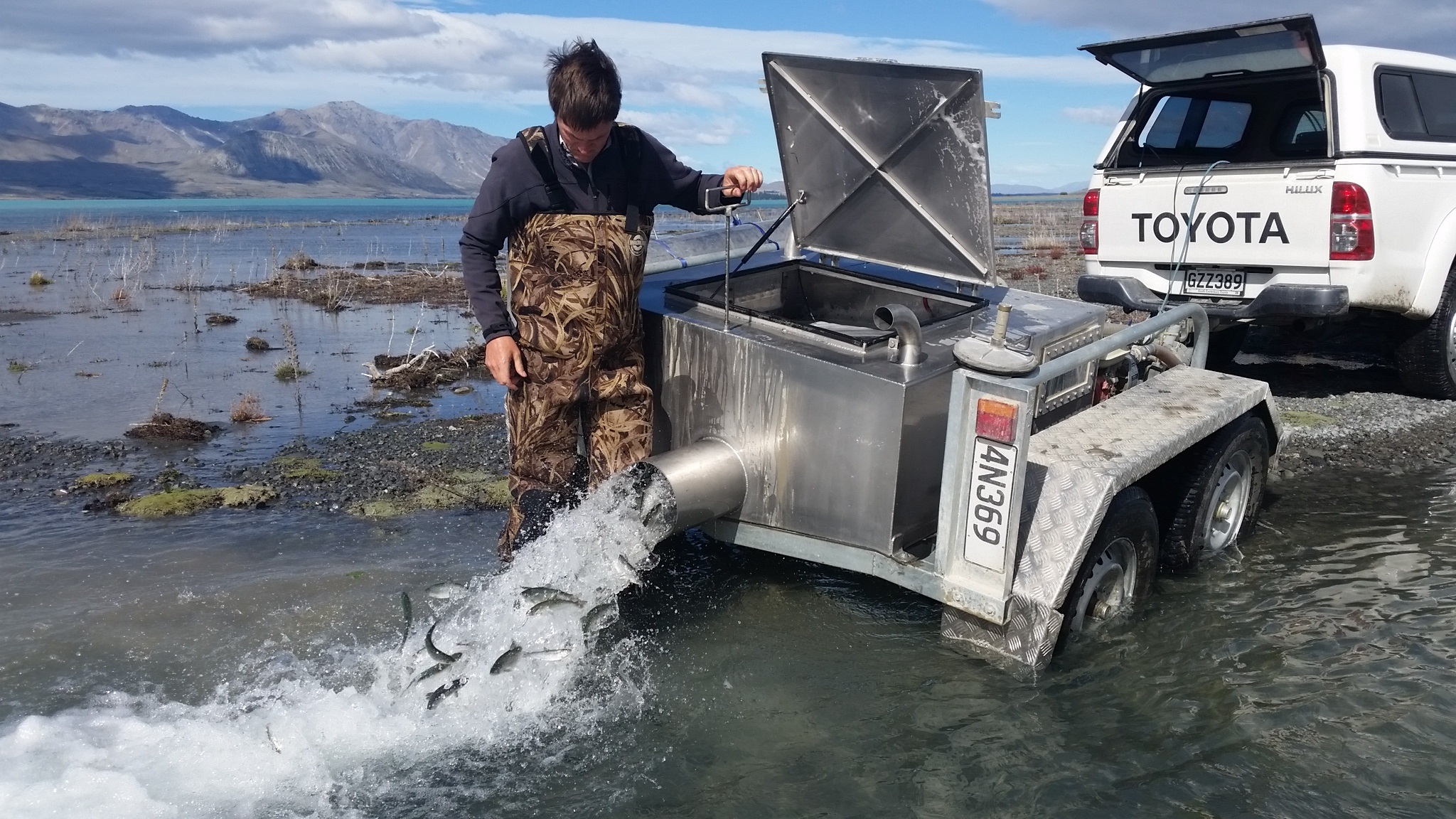 Lake Tekapo anglers will be pleased to hear that during the week we released another two tanker loads of salmon smolt in the lake to continue to support the “put n take” salmon fishery.

The salmon were gifted to licence holders by Mt Cook Alpine Salmon in Twizel, so a big thanks go’s out to them to for supporting the Tekapo fishery.

The lake is high now, so shore-based fishing for salmon will be hit and miss.

In late winter and spring when the lake is low, spin fishing from the shores of the lake where the drop off is within casting distance can be productive for salmon.

Brown and rainbow trout are also commonly caught with this style of fishing too.

We have been stocking the lake with juvenile salmon on a regular basis since 2010 so there are salmon of all ages in the lake right now.

Two of Patersons Ponds also got a top-up release of trout.

We recovered some brown and rainbow trout from the de-watered upper section of the Tekapo Riverbed between Lake George Scott and the Forks River confluence.

This was a result of spilling ceasing to the Tekapo River bed.

Spilling is normally managed entirely through the canal system. 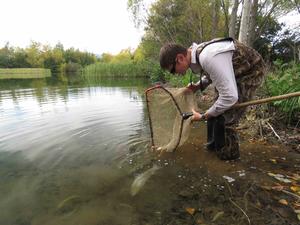 Patersons Ponds are located between the Tekapo River and Tekapo Canal down towards the end of the canal road, if you access it from Powerhouse Road in Tekapo.

The ponds are surrounded by tree’s so fishing can be tricky, wading is possible if you are very careful on the silt and stone bottom.

A small boat, kayak or fishing float tube would be a big advantage.

We also released over 100 trout back into Lake Tekapo at the boat ramp in town so its probably worth a cast around there this weekend.

There were some nice two-four pound browns amongst them.

Rangers Mark Webb and Allan Gillespie were at the canals over the Easter weekend. On Sunday they checked over 100 licences between them and were pleased to find no offences.

By the sounds of it the fishing was good, Allan said they witnessed a few being caught and heard stories of fish getting caught before they turned up.

So, when I say the fishing was “good” that is with relevance to the fact that it is common to spend a day ranging at the canal and not actually witness a fish getting caught. 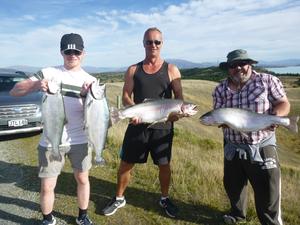 Allan said salmon around six pound were a common catch on Sunday around the SH8 Bridge on the Ohau B Canal. Mark bumped into a few anglers that had caught salmon and trout a lot bigger than that too. Fish were getting caught in all the canals.

The weather for this coming weekend is looking reasonable and river conditions should be generally good.

A cold looking front will whip through on Saturday Morning and then another one on Sunday afternoon.

Between these fronts there should be some good fishing conditions, but it would pay to carry warm clothes and be prepared for a shower of rain.

Driving over the Opihi River at SH1 on Wednesday and Thursday this week it was pleasing to see it has finally cleared up.