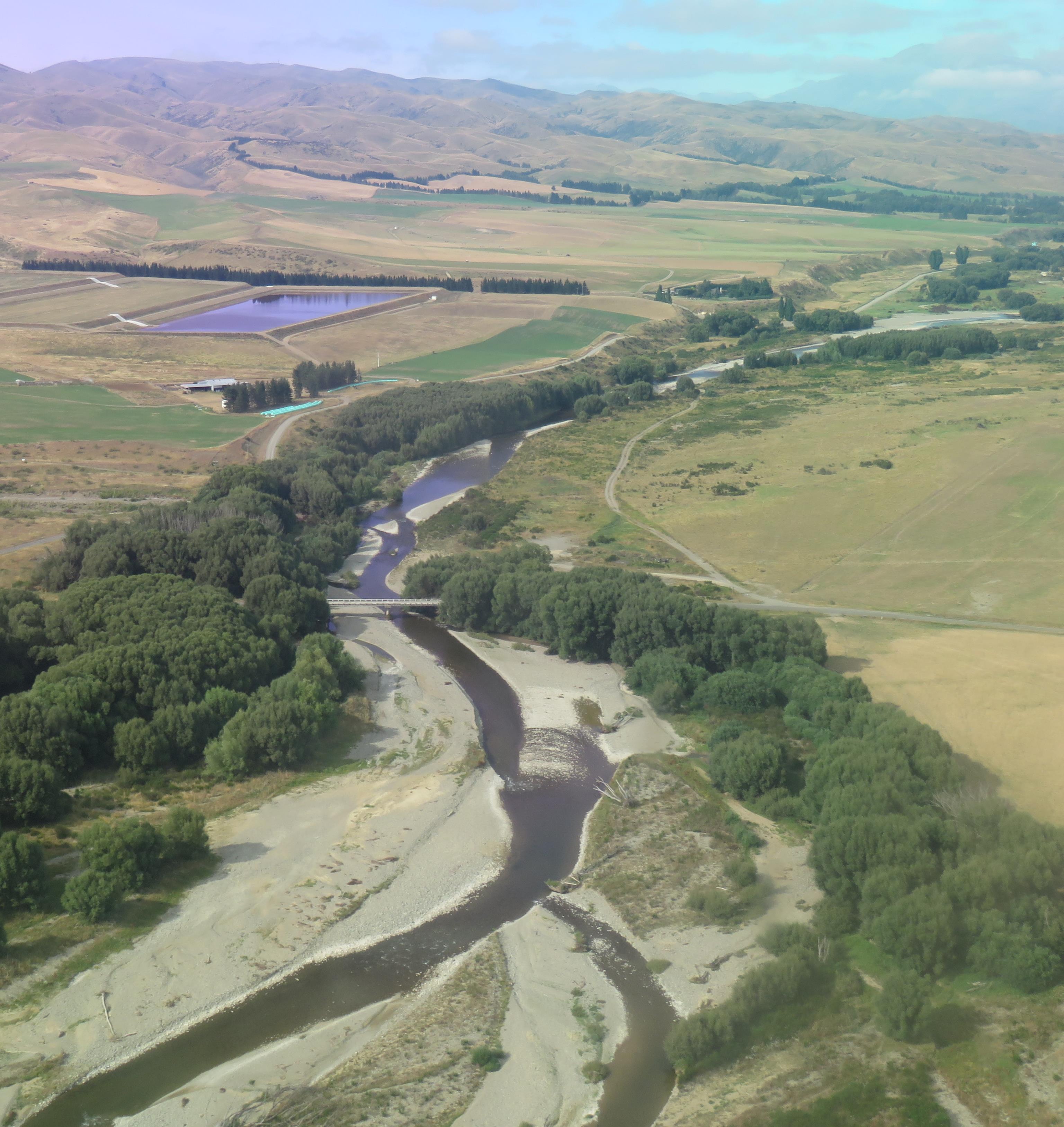 The weather will provide an opportunity to get out for a fish this weekend. A front is whipping through the region on Friday, but a calm weekend is forecast.

There is some short duration, but heavy rain predicted for Friday so keep an eye on river flows.

For some rivers, a small bump in flow will provide for excellent fishing.

While you’re checking out river flows on the ECan website look to the far right of the data table and you will see that for some waterways, water temperature is displayed.

Keep in mind that trout will often go off the bite when water temperatures exceed about 19°C.

You may need to adapt if this is the case and fish deeper, early in the morning or try another waterway.

Water temperatures were getting up to 21°C on Wednesday afternoon when I checked.

With a bit of rain and a southerly due on Friday, I’d guess water temperature should be ok for the weekend.

On Monday and Tuesday my colleague Hamish Stevens and I were flying around the region in a small plane counting paradise shelduck and black swan.

Parry and swan numbers are looking healthy, both counts are up on last year.

This is an annual survey and we count the same spots each year so It’s a great way to keep an eye on the region.

Above Right: After a wet summer the Hakataramea River is still holding flow at Wrights Crossing credit R Adams.

At a glance I’d say the regions waterways are looking better than usual this summer and there is more water around than normal.

Rivers like the Hakataramea, which can go dry in parts on a hot summer, are still flowing and worthy of a visit throughout their length.

It really has been a good summer for our trout, we haven’t had to do any salvage of stranded fish so far.

Closer to town, I thought the Ashburton River around the township and down towards Lake Hood looked inviting for a fish.

Clear water, clean gravels and some nice holding water where the main braid cuts deep holes under the willows.

The Opihi also looked in relatively good condition from Rockwood to SH1.The algae can get thick through here on a dry-hot summer, but it looks ok this year.

We flew past the Opihi and Orari River mouths and they are still open and providing access for sea run trout and salmon.

We got a wave from Dave Chambers, the solitary angler who was fishing the Orari mouth.

I visited the mouth for ranging on Wednesday morning and bumped into another local angler there.

He said he hadn’t heard of any salmon being caught there so far for the season.

There was a scattering of anglers out and about through the region.

The highest concentrations being at the canals and the Opihi River mouth.

Although the Ahuriri was slightly discoloured we were surprised to see no anglers at all.

Interest in finding evidence of the reported 55 lb (24.9 kg) canal trout has continued but my search for the angler and the fish has ceased.

I am waiting patiently for the angler to show us the trout in his own time, we have no reason to doubt the claims.

I was contacted by Mark Tibbotts who thought that Chinese whispers may have morphed the story of his catch into a story of the 55-pounder.

Marks fish turned out to be just another example of the ridiculous size fish which are caught at the canals on a weekly basis.

Perhaps the only unique aspect of the catch was that it was caught in Lake Ruataniwha, a short swim from the Ohau B Canal.

Good luck to those game bird hunters heading out for the mid-summer season this weekend and next.

To brush up on your summer season regulations click here to view our 2018-2019 regulation guide.

The meeting starts at 7:00pm on Thursday the 14th of February and is held at the Fish & Game boardroom, 32 Richard Pearse Drive, Temuka.