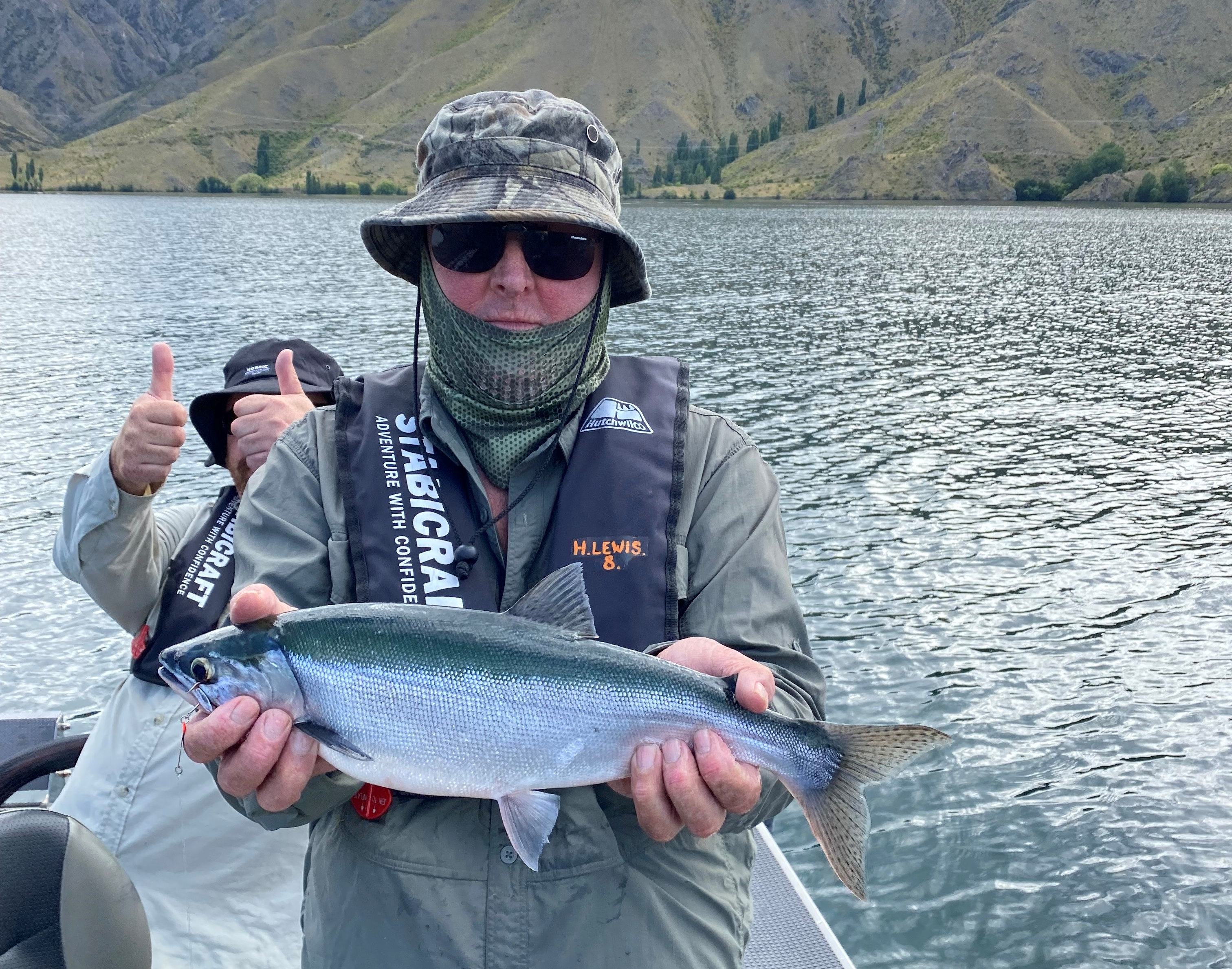 We are delighted to share catch reports from our readers this week.

We really appreciate receiving reports and photos from our readers – you can send your fishing reports from waters in the Central South Island Region to radams@fishandgame.org.nz

I’m grateful that Howard Lewis shared his catch reports; it proved me wrong.

Last week I suggested that recent catches of salmon around 2-pounds in size were likely to be Chinook salmon rather than sockeye as a 2-pound sockeye is big for Lake Benmore.

Who better to put me straight than Howard – he’s one of the pioneers of trolling for sockeye at Lake Benmore along with mates Jim Tritschler and Glenn Faust.

Howard said they had a great few days fishing near Benmore Dam catching sockeye up to 2.5-pounds.

They used downriggers to fish at 5-15 metres depth and used toby type trout spoons with dodgers 1 metre in front.

If you want to know more about Lake Benmore sockeye fishing methods then watch this YouTube video made to help you catch sockeye.

Please note the regulations have changed since we made the video.

The current bag limit at Lake Benmore is 4 sports fish and the minimum size for salmon is 250mm. These regulation were updated to encourage anglers to target and harvest sockeye salmon. 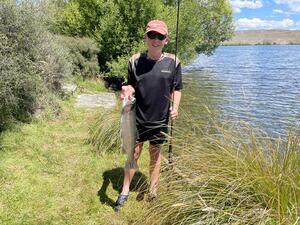 We have had some mixed-bag of reports from Lake Alexandrina this summer.

Some anglers have been low on luck; I personally had a great morning with my kids with fish rising all around but my son only hooked and lost one fish.

Now we have a success story from 13-year old Sam Tiffen.

Sam was spin fishing off the shore, casting out a black and yellow ticer as far as he could and hooked into his first ever trout – a 4.75-pound rainbow!

We are in the thick of the sea run salmon season and a few nice fish have been taken already.

Under the new sea run salmon fishing regulations, that apply accross the CSI and North Canterbury regions, anglers are required to immediately fill in the details of the salmon they keep on their season bag limit card.

Be sure to carry a pen and complete the job on the riverbank.

Click here to learn about all the new rules and regulations for sea run salmon fishing in CSI and North Canterbury regions. 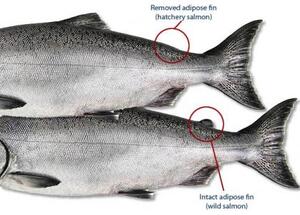 One of the details to record is whether the fish is fin clipped, meaning that their adipose fin has been removed.

Fin clipping is the way hatchery-raised salmon are marked so that they can be identified by anglers when they are caught.

Two volunteer-run salmon hatcheries are operating in the CSI Region, McKinnon’s Creek on the Rangitata River that of the Waitaki Riparian Enhancement Society on the Waitaki River.

Although most fin clipped fish will return to their river of origin, a small number are known to stray so be sure to look for fin clips no matter what river you are fishing for sea run salmon.

The diagram presented shows the adipose fin is the small fin that is positioned between the tail and dorsal fin.

The weather forecast is looking very nice this weekend for a spot of fishing.

Wednesday’s rain has caused a small bump in flows for some rivers and this should be treated as great opportunity to go fishing with slightly elevated flows and active fish.

Other rivers like the Rangitata have got a bit high and discoloured so may take a few days to clear.

Tekapo River flows in the lower river, downstream of the Mary Burn confluence, can be view on the ECan website here.”

Licence holders are welcome to attend.  Please be advised that masks must be worn in Council’s building and 1-metre distancing rule will apply.  CSI Council will be adhering to the rules stipulated under the Orange Covid Traffic Light system.