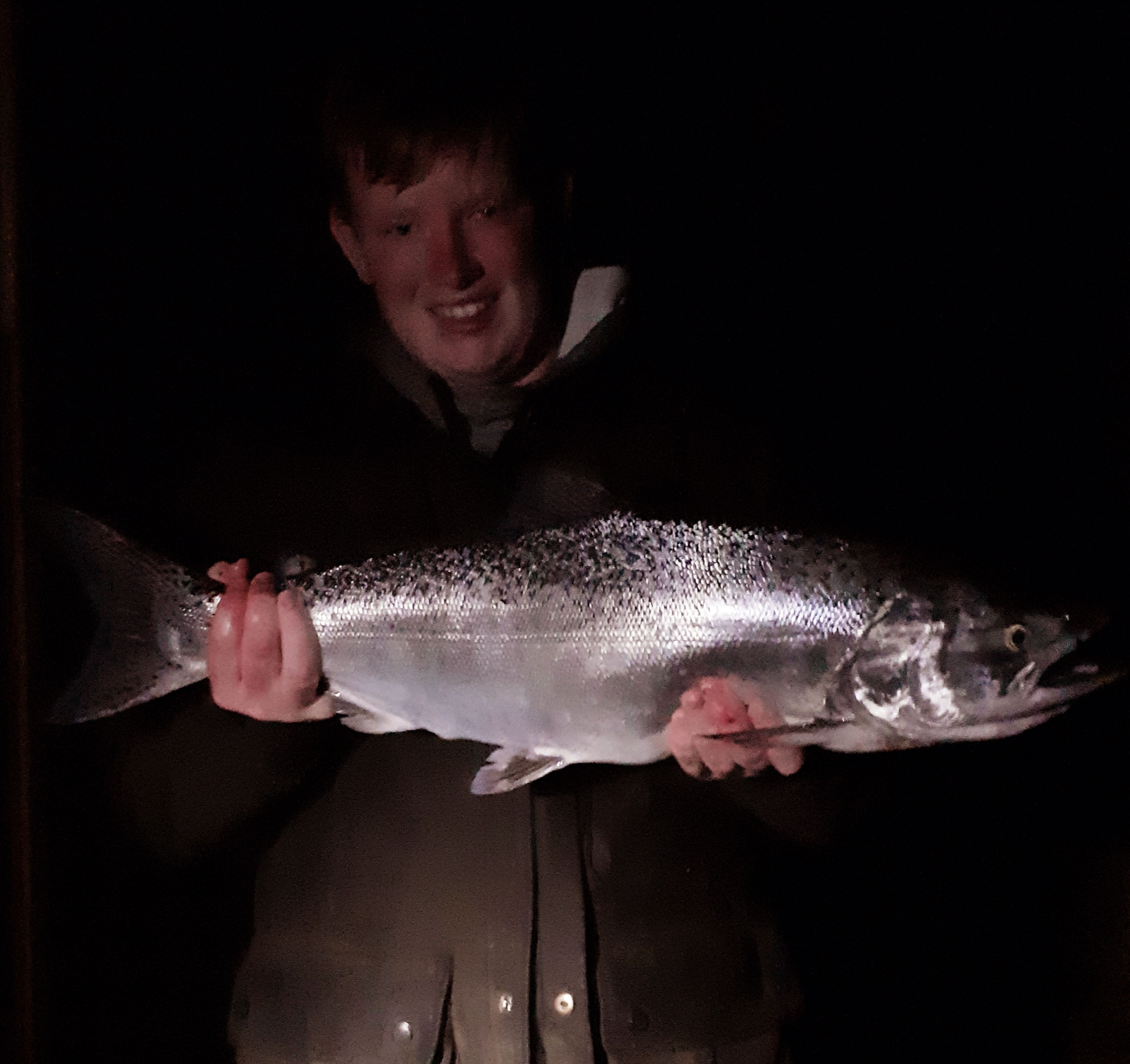 The weather forecast is looking as good as it gets for the next few days.

There will be some awesome fishing this weekend around the region.

The windy and mild summer days have kept water temperatures moderate and in general our fisheries have benefitted from those conditions.

A close eye will only be needed for a small number of waterways in terms of flows and fishability this weekend.

One of those would be the Waitaki River.

There is still a huge volume of water being managed through the greater Waitaki Hydro scheme and some spilling is still occurring at the main dams like Aviemore.

The Waitaki River flow has only dipped below 300 cumecs once in the last month.

Most locals prefer to fish the river below flows of about 320 cumecs and if its higher than 350 cumecs most of the fishing occurs in the upper section of the river around Kurow.

The lower Rangitata river has been a hard one to pick of late in term of flows and clarity, most probably due to the ongoing instream river works associated with flood damage repairs.

Last week we had a report it was “fishable” at a flow of around 110 cumecs, but just yesterday my colleague Hamish was ranging down near the mouth and reported there was not great fishing clarity at 95 cumecs.

If you plan to fish the lower Rangitata River it will be a case of having a look first-hand.

At least, the flows are trending in the right direction.

I have had first-hand reports from locals that Lake Aviemore is fishing well and might just be the pick of the lakes for boat fishing currently.

Don Millar said “The [Lake Aviemore] fishing was the best it’s been in years and the fish we took were in great condition”.

Another angler I encountered on Lake Benmore recommended that Aviemore was the better fishing option and trolling close to the willows from Boat Harbour through to Parsons Rock has been excellent with lots of big browns and rainbows in good condition caught.

Ranger Stephen Newberry and I were up at Lake Benmore yesterday and check on 28 compliant anglers.

The best fishing observed was had by anglers like Marcus Isitt and Harper Robinson who drift-fished the shallows from a boat at the head of the Ahuriri Arm early in the morning.

They had finished their fishing by 10am sighting that once the sun was up and the day bright the fish were less likely to bite and spookier.

Anglers trolling with lead-lines in both the Ahuriri and Haldon Arms were catching a lot of small salmon, most being released, I suspect they are sockeye. 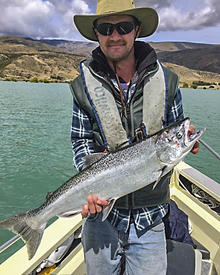 There seemed to be a consensus amongst the anglers the discolored lake water, from the recent flood events, is starting to clear and fishing is improving.

The Lake surface temperature was about 18°C early in the afternoon and salmon were getting caught in relatively shallow water indicating lake water temperatures are currently ideal and fishing the shallows remains a good option.

There have been some large Chinook salmon caught in the Waitaki lakes recently.

I can’t recall ever hearing of a salmon of over three pounds from Lake Waitaki so I suspect all the spilling has probably resulted in lots of downstream migration of fish through the entire Mackenzie and Waitaki hydro-electricity systems.

A ranger encountered an angler with an 18 and 14 pound salmon caught from the Ohau C Tailrace (Lake Benmore).

Also, I was shown a Facebook post of a salmon which appears to be caught near the head of Lake Aviemore that must have been in the 20 pound conversation.

A couple of these fish were taken on, you guessed it, tassies.

And finally, a report and photo from the opposite end of our region, Lake Heron.

David Melhuish got in touch and was kind enough to share the following with us.

“The fishing has been patchy, mainly because of all the winds, plus Heron was the highest it’s been for many years, just one month ago after very high December rainfall.

The photo was meant to be of the view, so I had my rod under my arm at the time.

The four pound hen brown trout, just took my Mrs. Simpson off the bottom, with no help from me.

So, the action in the picture was pure accident!”