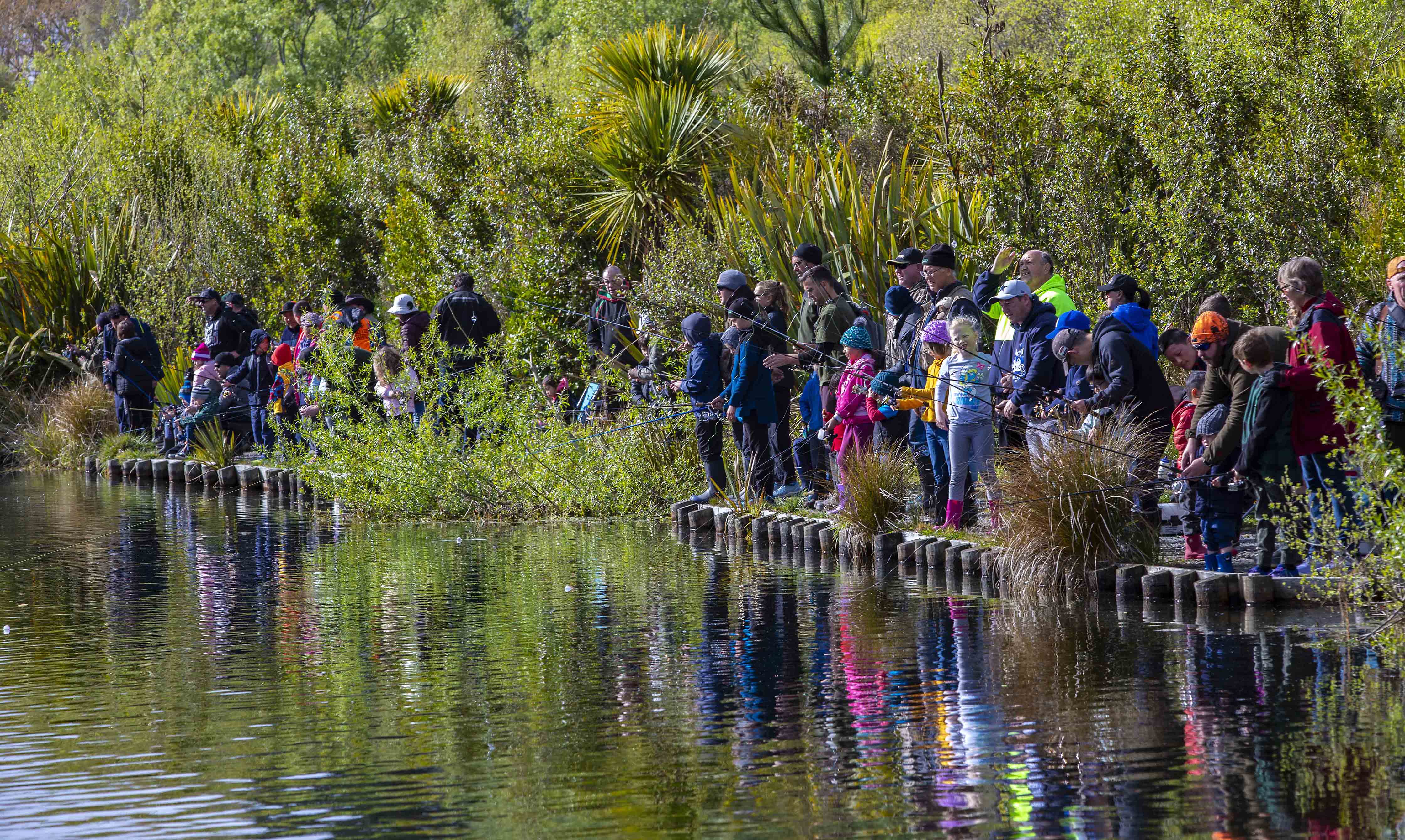 Over 5000 children and parents braved Sunday’s chilly weather to try and catch a fish at the Groynes childrens' fishing lakes in Belfast.

Above right: every fishing spot was packed with eager young anglers.

Dozens of children were able to catch a fish thanks to the efforts of Christchurch City Council and Environment Canterbury (ECan) staff who tackled the noxious and invasive weed Lagarosiphon major which had infested the four fishing lakes. 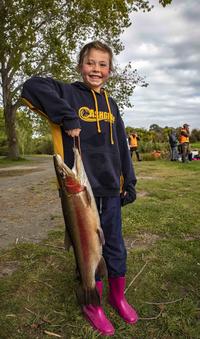 The nine-month project involved the use of a North Island-based floating weed cutter which cut the weed at a depth of 1.5 metres.

It is thought that these lakes are the only ones in the city that are infested with the weed, but the infestation had made the lakes unfishable.

The event, organised by the Take A Kid Fishing Charitable Trust, had faced an uncertain future as the infestation had taken hold, with last years event blighted by the plant.

A concerted effort by the Christchurch City Council and ECan has developed a long-term plan to deal with the invasive weed and should ensure the future success of the event.

The hard work was rewarded as dozens of budding anglers caught some of the 820 rainbow trout released into the lakes for the event by Fish & Game.

First time attendees, Matthew McCullum and his five-year-old son Riley, from Rolleston, were among those to taste success with Riley catching a nice rainbow trout.

With Riley begging his Dad to attend, being able to land a nice rainbow trout for the plate meant dinner was sorted for the night.

Rangiora eight year-old Alana Benney landed a trophy rainbow almost as long a she is tall.

The nine-pound trout was one of the first fish landed on the day, about ten minutes after the hooter had sounded at 9am to signal the start of fishing.

Overjoyed and with a huge smile on her face, Alana definitely secured fishing bragging rights in her family.

The lakes are open for fishing to children aged 17 and under (adults aren't allowed to fish), and provide a great spot for a family outing.

You can watch a video of the weed removal here:

And of the Take a Kid Fishing Day: