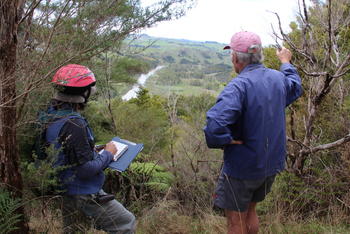 Northland Fish & Game is joining with the Department of Conservation and Nature Heritage Fund to officially open an important wetland area near Dargaville, described as the result of a “far sighted” joint conservation effort.

The Underwood Wetland, to be opened next Sunday, 19 February, by Association Minister of Conservation Nicky Wagner, gives protection to an area of native forest, wetland and river flats near Dargaville.

The land comprises some 342 hectares, and includes remnant kauri, hardwood forest and wetland, and drained river flats containing scatterings of kahikatea. It is sited along the northern and eastern frontages of the Manganui and Northern Wairoa Rivers, five kilometres east of Dargaville township.

“The Underwood family  deserves lots of praise for their foresight where this land is concerned,” Mr Hoetjes says. 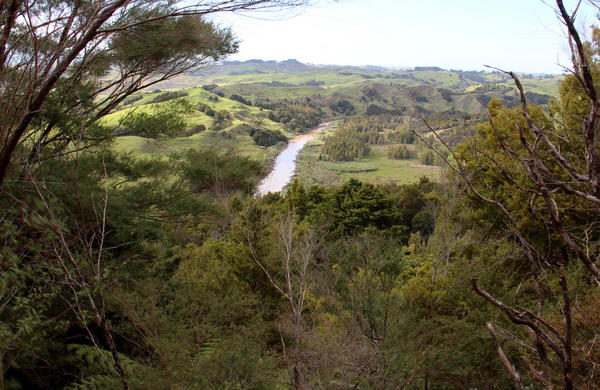 looking down onto the river flats.

David Underwood’s background helps explain his forward thinking, he adds. He had worked in Papua New Guinea managing native forests and cropping on a sustainable harvest basis for local people.

Mr Underwood recognised that his property was unique in the Kaipara District because no significant development had occurred, and the land had begun to revert back to an original state.

“The family ran a low intensity cattle grazing operation and consciously set out to protect much of the property’s vegetation and habitats.

“The end result is an area with outstanding scenic and ecological values, a scenic and wildlife reserve.”

It has a relatively large area of mature kanuka and young kauri forest, while the river flats near the junction of the Wairoa and Manganui rivers also have areas of rare and ecologically significant lowland kahikatea and nikau forest, Mr Hoetjes says.

The forest and wetland areas are now classified as scenic reserve and will be managed by the Department of Conservation, while Northland Fish & Game staff will manage and look after the river flats as wildlife reserve.

“All this translates into permanent protection for this land, which is to be restored over time to a natural wetland, so that everyone involved, from the Underwood family to DOC and Nature Heritage Fund, should take a bow for what is a singular conservation achievement,” Mr Hoetjes says.

Fish & Game plans in the long term to re-establish the 40-hectare river flats as a wetland habitat.  It is proposed that game bird hunting for waterfowl will be allowed once restoration is complete.

But Mr Hoetjes notes that native birds will naturally benefit as well, as the area will provide “top quality habitat” for native species such as mudfish, bittern, crakes, herons and pied stilts.

Studies have shown that the area was originally a natural floodplain wetland so the intention is to eventually see it returned to something near its former pristine state.

“With ponding of adjacent river margins we expect to create important habitat for spawning whitebait and threatened eel populations.”

Mr Hoetjes says that a warm welcome is extended to local people to attend the opening by the Associate Minister of Conservation. Fish & Game asks people to let them know if they plan to attend for catering purposes (contact details below). A barbecue lunch will be provided.

Members of the public will be invited to walk through part of the property to gain an appreciation of its recreational and biodiversity values. 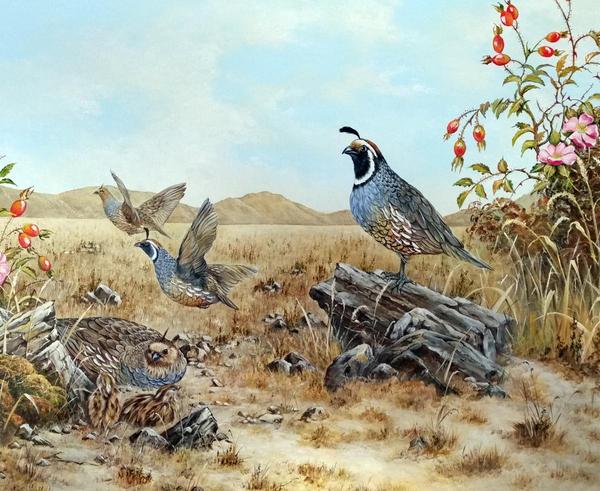 The new stamp was produced from a painting by Rotorua artist Jeanette Blackburn.

The stamp programme was set up to raise funds – from the sale of the game bird hunting licences, stamp collection and related products – for projects like Underwood Wetland, that are aimed at protecting and enhancing wetlands and game bird and other wildlife habitat.