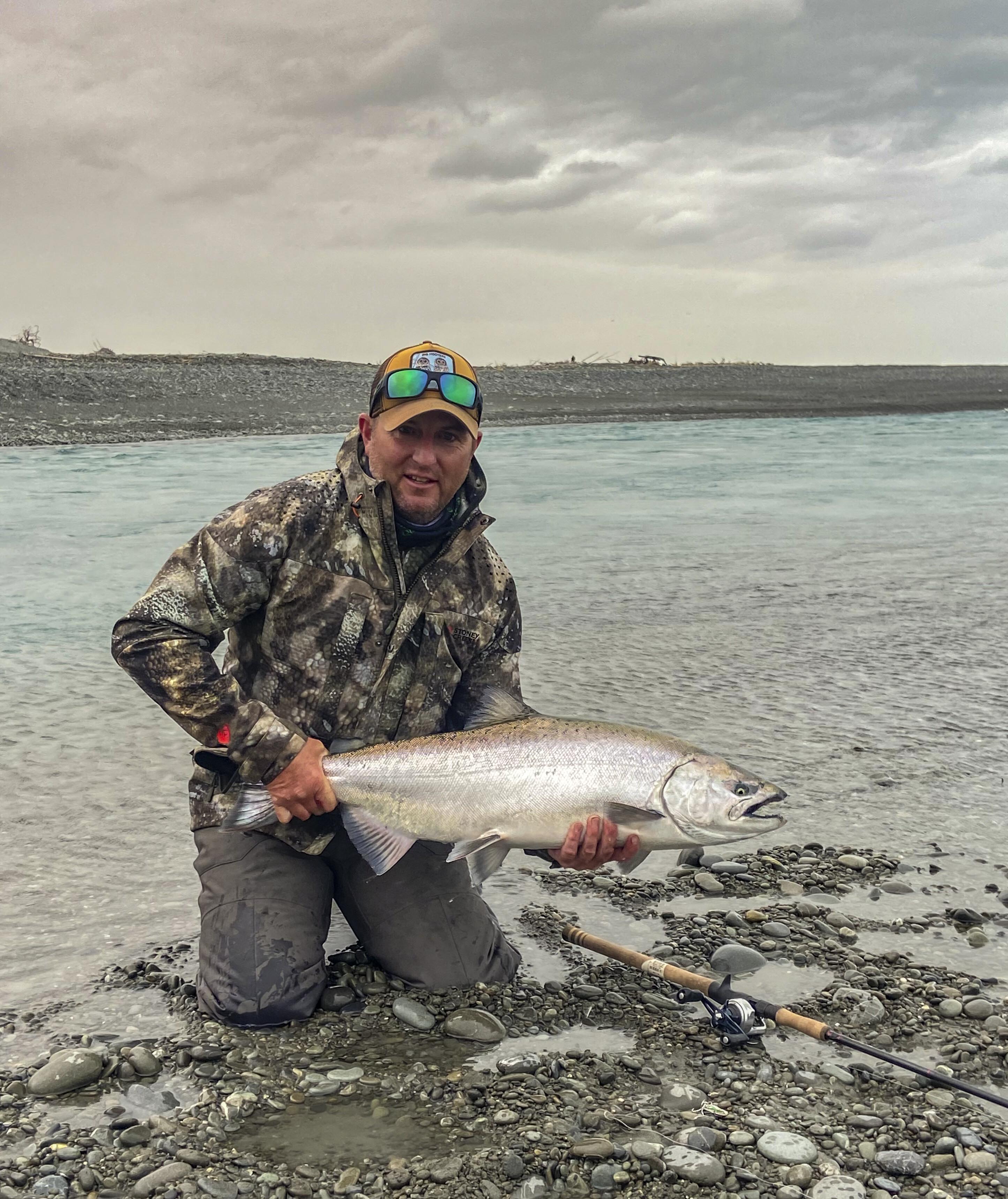 The Canterbury sea run salmon fishing season is underway with good numbers of fish seen and being caught.

This year is the first year of a new freshwater fishing regulation – the sea run salmon season bag limit.

Anglers who fish for sea run salmon in the big Canterbury rivers can only keep two fish per season under this new regulation.

The new regulation was introduced to increase the number of fish reaching the alpine spawning streams and enable more fish for future generations of anglers.

Alan Strong, Chair of North Canterbury Fish and Game says, “The sea run salmon fishery has been under stress for a number of years, this new regulation enables anglers to still have a chance to harvest fish but by limiting their season bag limit to two, which enables the harvest to be shared amongst more anglers, and an increased number of salmon to reach the spawning streams”.

As part of the new system, anglers must apply online for a sea run salmon endorsement and will then receive a salmon harvest card in the post.

Canterbury angler Bryce Marshall is one of those who have filled up their harvest card and stopped fishing for the season.

Marshall says “I’ve done three trips to Alaska where they have a similar system, so I’m totally onboard with our new regulation. I want to be able to still catch sea run salmon in 20 years with the next generation of anglers, so we need to act now to help protect this fishery”.

Marshall caught and kept his second fish on recently in the Rakaia River, in between his first and second fish he had caught and released another eight sea run salmon.

“With a season bag limit of two fish, if anglers are going to selectively harvest salmon, they need to have a plan to release any salmon they catch. Always keep the fish in the water and use only cold wet hands, to ensure it is released in good condition. To further reduce harm and help released salmon reach the spawning grounds anglers could also switch to using barbless / single hooks Marshall Says.

Central South Island Fish & Game Officer Rhys Adams says, “Anglers who want to keep the harvest card as a memento of their season, can just take a photo of it an email it to harvestcard@fishandgame.org.nz”.

All of the fish Marshall caught were in phenomenal condition, Marshall says “They were awesome fat fish in great condition”

North Canterbury Fish & Game CEO Rasmus Gabrielsson says “Whilst the season bag limit is new for Kiwi anglers, it has worked well overseas and the key goal for us at Fish & Game is to ensure more fish get to spawn so that future anglers are capable of enjoying the same opportunities that generations kiwi anglers before them have had.”

“The new regulations, that angling groups asked for, really signal a bold move away by anglers from only focusing on harvest to a new era of sports fishery management, which includes selective harvest practices to let more anglers have the opportunity to catch a salmon while rebuilding the fishery”.