Public briefing on the RDR decision by ECan 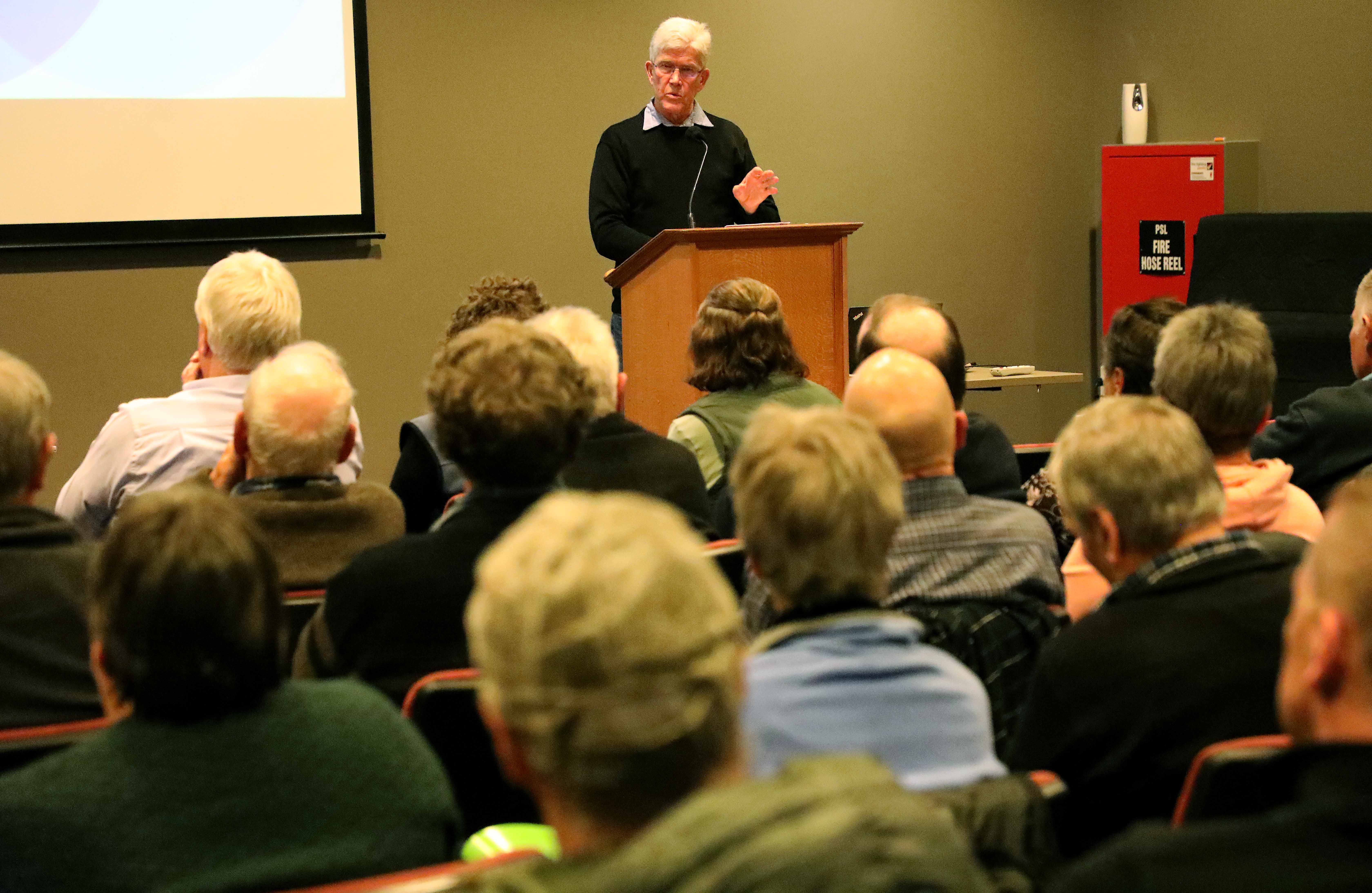 Widely reported as a “slap in the face” for anglers by ECan, CSI Chief Executive Jay Graybill spoke to 60 people at the Ashburton Trust Event Centre about the efforts CSI staff put into their submission.

effects on outstanding characteristics, natural character and sediment deposition; insufficient information on where and how the water would be used; sought amendment of the sand trap flushing regime to take account of changes in the residual flow regime; and sought a suite of performance standards for the mechanical rotary fish screen and opposed the rock bund/ gallery design initially proposed.

In the lead-up to the hearings, CSI held two meetings with anglers and a workshop to help them make their own submissions to the commissioners.

However the efforts of Fish & Game and anglers was in vain as the commissioners granted consent to RDRML to take the 10 cumecs of water from river flows above 132.6 cumecs.

Following explanation of the commissioners’ decision to allow the 10 cumec take, Sarah Eveleigh summarised the outcomes.

The outcomes achieved were:

Confirmation that a rotary fish screen is the only option; the rotary screen has to be operational within 30 months and prior to any abstraction of the additional 10 cumecs;

That all fish are to be excluded from the RDRML infrastructure, are returned to river safely and a number of detailed requirements regarding screen design and operation;

A Fish Screen Management Plan to prescribe details of the monitoring regime to confirm performance of the screen;

If the screen is non-compliant then remedial actions recommended by a fisheries ecologist must be implemented;

No abstraction of the additional 10cumecs to take place at the same time as the sand trap is discharging;
A river geomorphology monitoring plan that requires surveys to be undertaken at five-yearly intervals;

A requirement for a River Fine Sediment Monitoring Plan including complementary benthic macroinvertebrate monitoring; and

A water quality monitoring plan and a condition on the discharge consent that replicates the Rangitata River Water Conservation Order for maintenance of water quality.

The outcomes not achieved were:

Replacement screen to be operational within 18 months;

Fish screen standards for maximum rather than average approach velocity and exposure time;

A requirement to implement recommendations of the river fine sediment monitoring plan;

A requirement for instream water quality monitoring during test discharges.

Central South Island Fish & Game now has to decide on whether or not it appeals the commissioners’ decision by July 27.

Jay Graybill thanked anglers for attending and their great efforts in presenting to the hearing commissioners on behalf of the river that they so highly value.