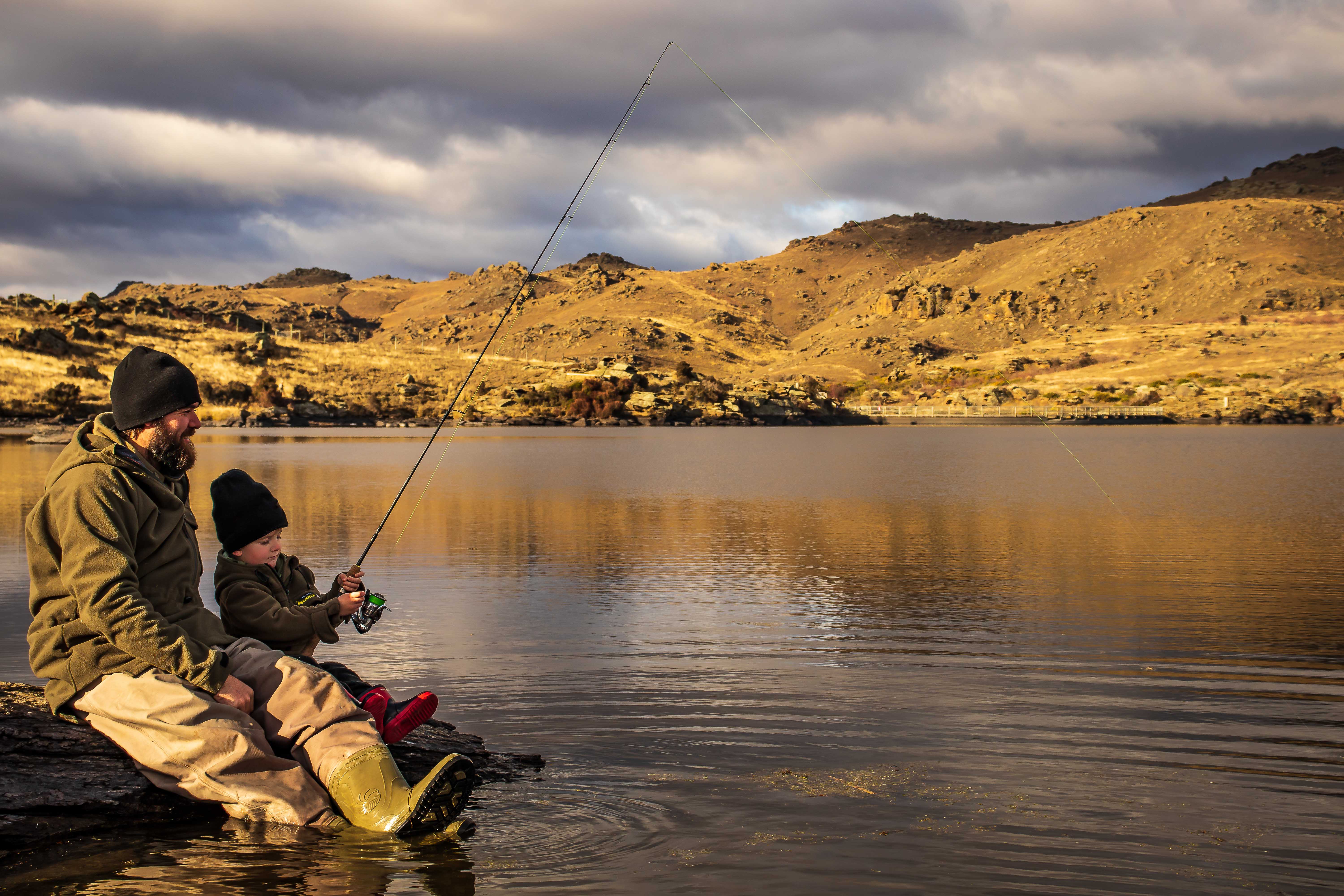 A stunning late afternoon photo of a boy and his uncle fishing has won the inaugural Fish & Game NZ Fishing Licence photo competition.

Jaymie Challis’s photo of her three-year-old son Nixon fishing with her brother Trent at Butchers Dam in Central Otago beat all others to win.

The photograph was one of four monthly winners which went for public vote to decide which photo would win and be used as the image for the 2020/21 fishing licence.

Winning the main competition means Jaymie receives an additional $2000 from Kilwell Sports on top of the $500 she won for winning the January competition.

There were many hundreds of entrants with a total of 276 being considered by a judging panel over four months. The competition which ran from 1 January to 30 April resulted in four monthly winners being posted to Fish & Game NZ’s Facebook page where the public voted on the winner.

Winning by a margin of 481 votes, Challis was over the moon at scooping first place, she has only started taking photos a year ago and has the goal of becoming a professional photographer in the future.

The picture was taken during a family holiday to Central Otago late last year and they had decided to have a day out fishing at the popular fishing spot of Butchers Dam about 10 minutes from Alexandra. 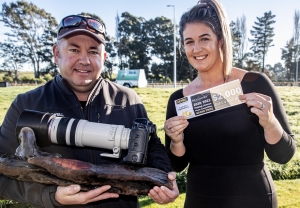 Jaymie said “The guys were out enjoying themselves and everything just lined up, and with a spectacular backdrop it made for a great photo”.

Award winning news photographer Peter Meecham, who was one of three judges that decided the monthly winners, said “a really beautiful shot, that all three judges said we would have been proud to have taken ourselves.”

South Island Kilwell Rep, Simon Emmerson was on hand to present Jaymie with her prize in Christchurch “We are really happy to be able to support Fish & Game’s competition and Jaymie’s photo was a stunner, in fact all the monthly winners were fantastic photos and any of them would be a worthy winner.

David Hallett an internationally renowned and award-winning news and wildlife photographer was one of the first photographers for the Fish & Game magazine and sadly passed away unexpectedly in 2016.

Former colleagues of Mr Hallett created the trophy and gifted it to Fish & Game NZ so that it could be presented to the winner of the Licence Photo Competition each year and displayed at the Regional Fish & Game Office where the winner is from.