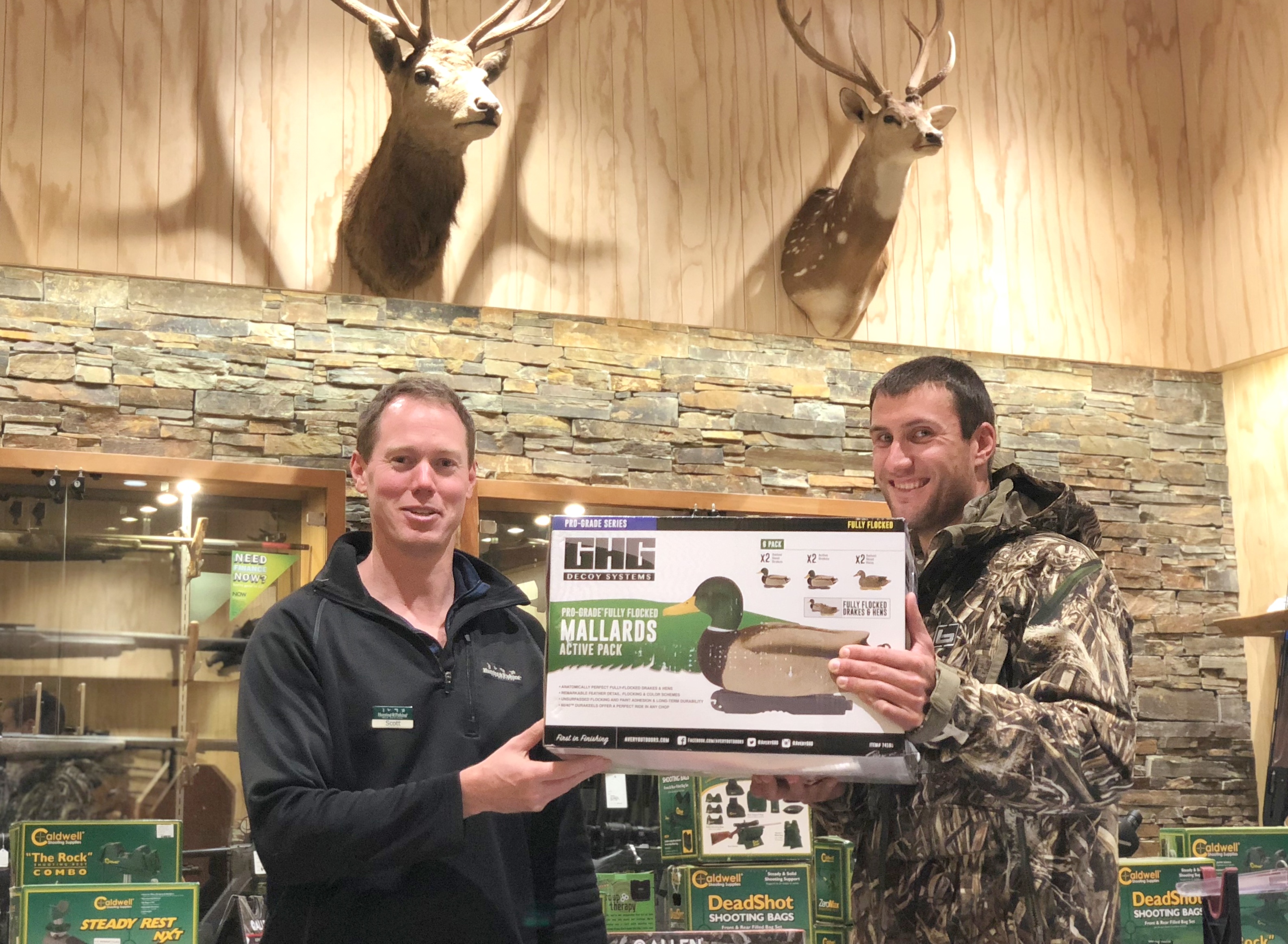 Helping Fish & Game’s research has “paid off big time” for five game bird hunters who’ve each been rewarded with a $600 Hunting & Fishing prize package – for returning their duck band details.

To enter the Banding Together draw, hunters had to send in the duck band details from birds they’d harvested by August 31, 2018.

The small metal bands are put on the duck’ legs during the summer and help Fish & Game estimate productivity, population sizes, movement, and survival rates for both adults and juveniles of both sexes.

“We at Hunting & Fishing are certainly well aware how important the information is to Fish & Game’s management of game birds.”

“And its why we raised the stakes this past hunting season – to provide even more incentive for the return of band details,” he says.

Each of the five prize packs is worth nearly $600 in total and contains a great “double prize” of not only a top quality hunting jacket, but a six pack of state of the art decoys, says Mr Cameron.

The jacket is a Banded White River duck hunting jacket, while the decoys are the latest Avery GHG Fully Flocked Floating Mallard Decoys.

“We were able to offer the packs in conjunction with the U.S. waterfowling company Banded Holdings, distributors of Banded and Avery hunting gear.”

Mr Cameron says that some hunters might not be aware that Fish & Game’s duck banding programme has now been running for 22 years.

“It extends from Wellington up through the Auckland/Waikato and Taranaki regions through the big Eastern Fish & Game Region that takes in a large chunk of central North Island.”

We are only too happy to help with a programme that forms such a crucial part of Fish & Game’s ongoing research, Mr Cameron says.

“The name says it all – let’s band together for the sake of our birds.

“The bottom line is this data helps Fish & Game better manage the birds, gain better estimates of duck populations and how healthy they are.

“It’s invaluable information and ultimately it’s both the ducks and hunters that benefit from this work.”

Senior Fish & Game Officer Matthew McDougall says that Fish & Game is grateful to Hunting & Fishing for increasing its sponsorship - providing even more incentive for the return of band details.

“We calculate the reporting rate for Eastern region for example, has improved by about 12 percent, no doubt due at least in part to the quality of the incentives Hunting & Fishing has offered for return of band information.”

Over the years the banding programme has produced some fascinating facts on how far some ducks travel, and how long they live, Mr McDougall notes.

He says it’s important to note firstly, that most birds, more than 80 percent, are recovered within 50 kilometres of where they were banded.

However last season one mallard travelled between Manutuke near Gisborne where it was banded, and Lake Grassmere in the South Island, 463 kilometres away, he says.

The longest bit of air travel within New Zealand was a mallard banded near Wairoa which was recovered from the Waiwera River in South Otago, a distance of 1026km, he adds.

Matthew McDougall says that there are mallards that even make some lengthy overseas flights.

Mallards banded in the Waikato have turned up in New Caledonia, “well over 2,300 kilometres away!”

Last summer well over 8000 ducks were banded around the North Island, a great effort on the part of staff and volunteers.

This latest banding work, and hunter surveys, suggest the populations are the best they’ve been for a number of years, Mr McDougall says.

“And hunter surveys indicate it was the best season they’d had for about seven years.”

The better the information coming in from hunters, the better the decisions we can make in setting regulations such as bag limits and season length, he says.

The winners’ names were drawn randomly by computer from the list of hunters who sent in their duck band details.