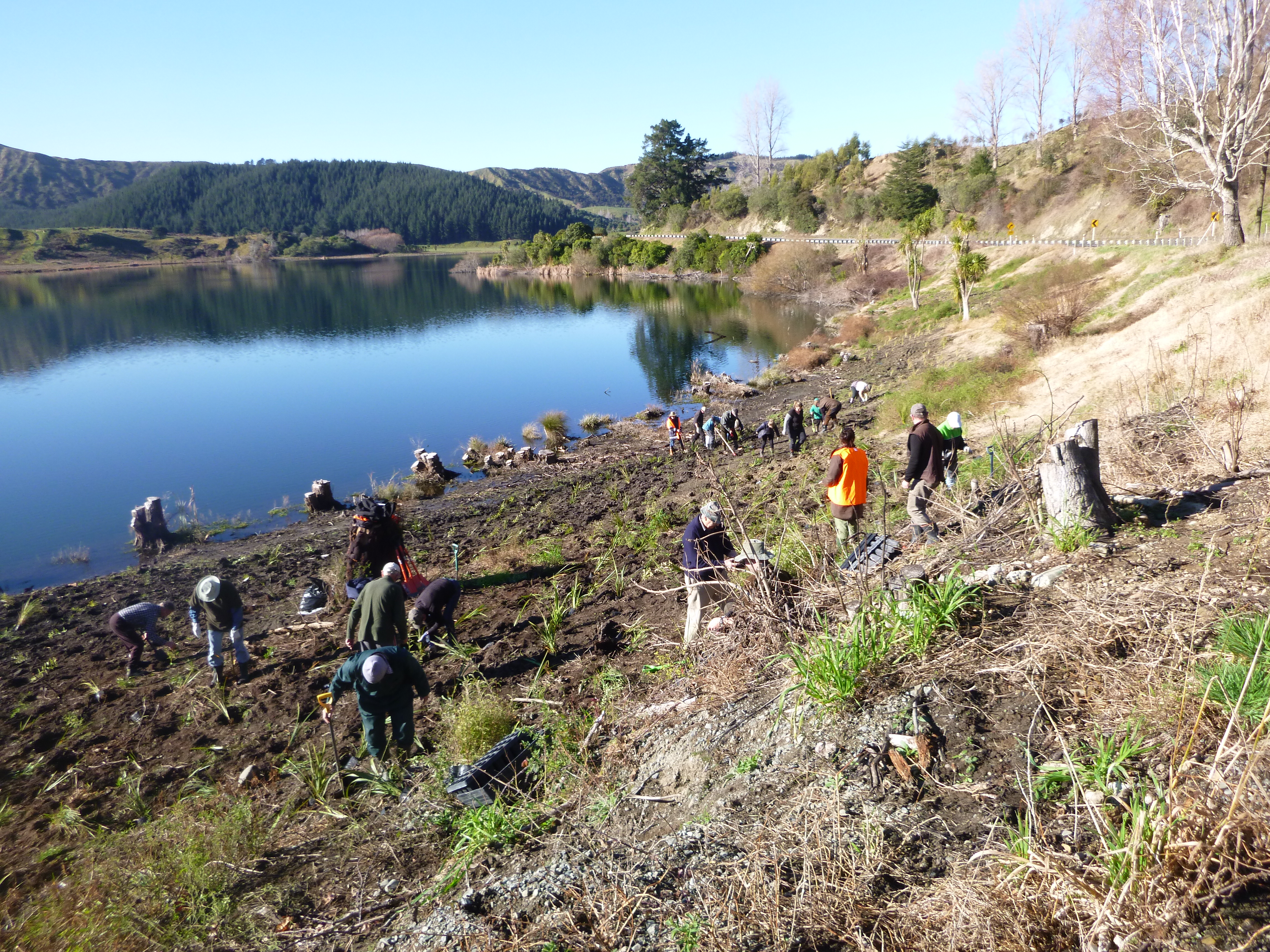 Fish & Game has praised the efforts of community groups and individuals who are continuing their battle to improve Lake Tutira’s water quality.

The initiatives include riparian planting, a programme to eradicate the water weed hydrilla, and trials of an air curtain in Waikōpiro Lake as a possible solution to the algal blooms that have hit the lake in recent summers.

Acting Hawkes Bay Fish & Game Regional Manager Bruce Bates says the groups remain committed to achieving the goal of returning the catchment to a healthy ecosystem and are beginning to see some encouraging results from their work.

“The latest efforts have included riparian planting which is an essential project in the mix when it comes to restoring the health of the lake,” Mr Bates says.

One of the key tasks is to try and minimise nutrient and sediment runoff so as to reduce the nutrient loadings in the lake that are responsible for the algal blooms, he added.

“A big thank you to all those people who joined the community days last month (July) to plant native species and help Lake Tutira take another step towards its recovery in the future.”

A planting day on July 21st included a turnout of members of all three regional anglers’ clubs and staff from Maungaharuru Tangitu Trust who planted over 2,500 native trees, sedges and grasses.

“It was a huge effort and we extend our very grateful thanks to all those who took part in the event,” Mr Bates says.

Because of Lake Tutira’s water quality issues, Fish & Game reduced its annual trout liberations from 5,000 to 2,000 while conditions improved.

“However, this freed up funds which Fish & Game is keeping within the Lake Tutira catchment and, after consulting with Tutira Mai Nga Iwi, was used to buy 2,000 native plants for planting out.”

The most recent surveys have shown no sign of hydrilla in Lake Tutira and hopefully indicates the eradication plan will be successful.

In another initiative, an “air curtain” system being piloted in the smaller Waikōpiro is showing some encouraging signs of success.

The Hawke’s Bay Regional Council water quality scientists have indicated that despite some challenges, the air curtain resulted in the highest recorded water clarity in Lake Waikōpiro.  If the trial is ultimately successful, a larger air curtain will be installed in Lake Tūtira.

Mr Bates says that on the western side of the lake, the Guthrie Smith Trust continues to develop an arboretum and education centre and is taking steps to minimise runoff into the lake.