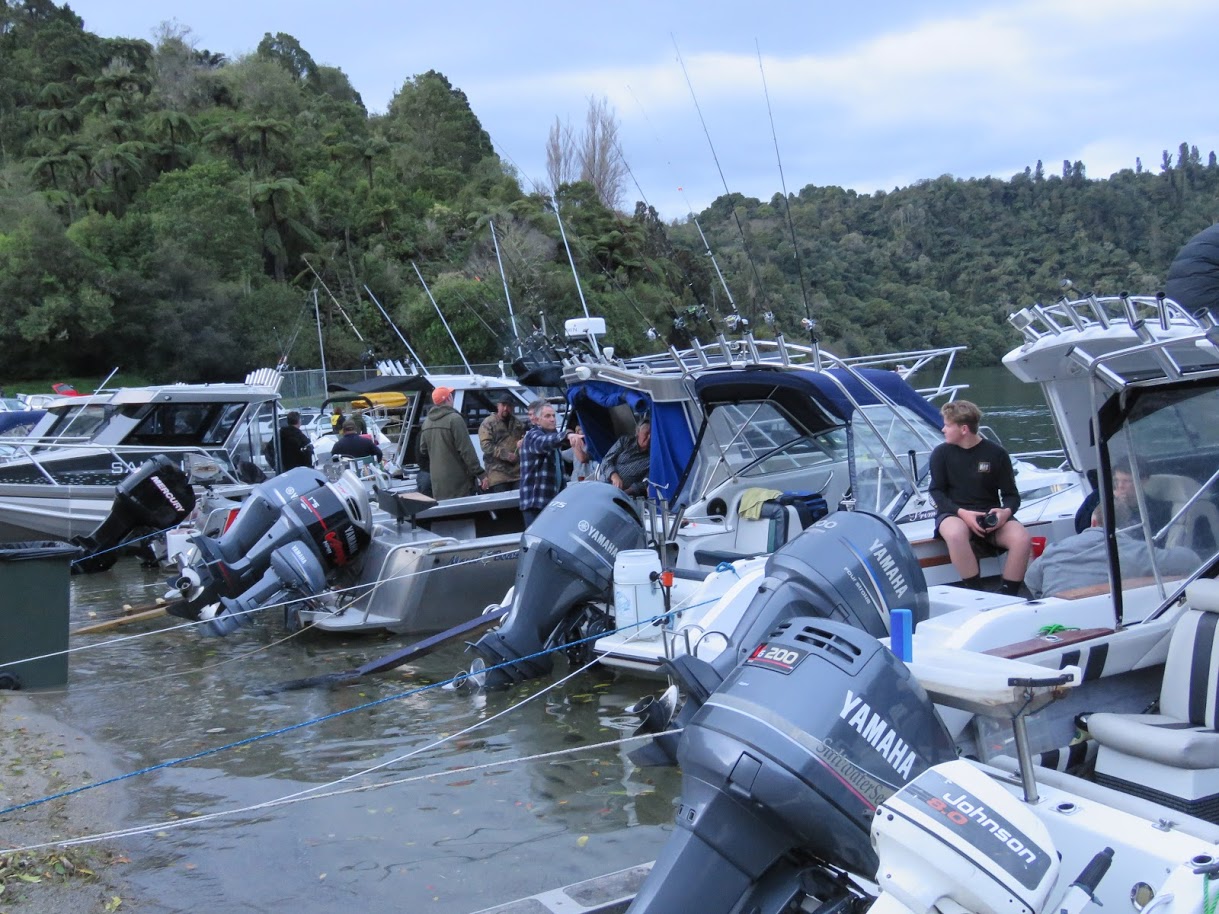 Tens of thousands of enthusiastic trout anglers are eagerly preparing for the nationwide opening of the sports fishing season this weekend.

Boaties gathered at The Landing on Lake Tarawera to celebrate the opening of the  new fishing season.

The new season opening on Sunday 1 October and sees the opening of many trout streams and rivers which have been closed over winter to allow the trout to breed.

Other back country waters won’t open for another month or more.

“October 1 is a red letter day on any trout angler’s calendar - the anticipation of opening day is like that of a kid waiting for Christmas,” says Fish & Game’s communications manager, Don Rood.

“After months of waiting, they are looking forward to getting out to their favourite streams or secret spot X and going fishing.”

While the wet winter and rain over recent days has affected some rivers and streams, overall prospects are looking good throughout the country. 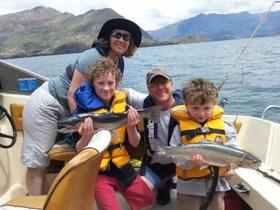 Like any long-established tradition, the opening of the trout fishing season is marked by ceremonies, rituals and special events which have developed over the years.

In the popular trout fishing destination of Rotorua, the season opening is marked every year by Scottish bagpipes and a haggis ceremony to wish anglers good luck.

Plenty of fishing luck could prove valuable for those fishing Rotorua’s lakes this year, with a ten thousand dollar prize on offer for the angler who catches a specially tagged rainbow trout.

Throughout the country, anglers are urged to check the regulations to make sure that the spot they plan to visit is actually open for fishing.

“Not all streams and rivers are open on October 1.  The season on more sensitive waters and remote areas in the backcountry won’t begin until November, or even December for some places,” said Don Rood.

Failure to follow the rules could prove expensive, he warns.

“Fish & Game rangers will be out checking licences so anglers need to make sure they have their licences, are fishing where they are supposed to and not exceeding their catch limits.

“There are hefty fines for law breakers.  A day in court, an empty wallet and confiscation of your fishing equipment are risks just not worth taking.

“Far better that people follow the rules, enjoy their day out and hopefully relax over a fish dinner in the evening,” Mr Rood said.

For information on fishing licences: