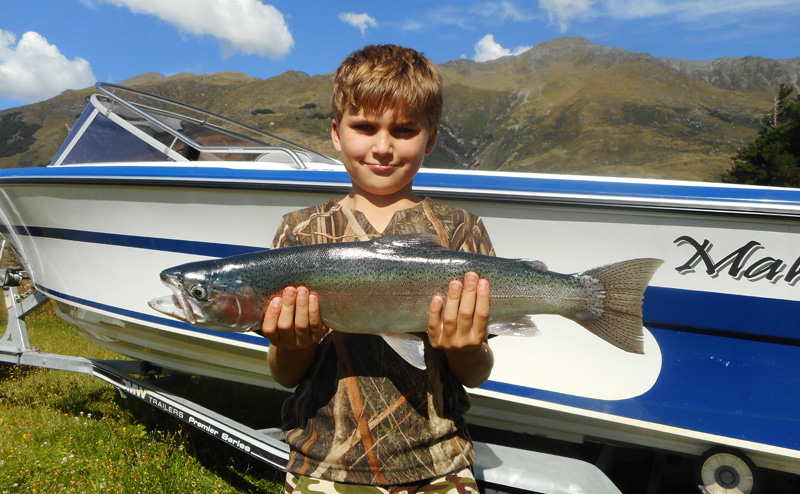 Thanks to all anglers who have joined the battle against the anti-trout sections in the new Conservation (Indigenous Freshwater Fish) Amendment Bill.

Thousands of you signed the petition on the Bill and others made submissions to the Parliamentary Select Committee which is now considering the proposed legislation.

And while the petition and submissions closed on October 25, you can still take action.

Write or email your MP, along with the Prime Minister and party leaders.

And while you are at it, send an email to the Minister for Recreation Grant Robertson telling him how highly you value trout fishing and the recreation and relaxation it provides.

You can also arrange to meet your MP face to face in their electorate office and tell them why the Bill needs to be changed.

Have a look here for advice on what to do and how to do it.

Rest assured, your unhappiness with the Bill’s anti-trout content is being noted by politicians and officials, so keep up the effort!

What a great month October has been, with enough fine and settled weather to provide a good start to the new trout season and some great days fishing throughout the country.

Even better, with summer and warmer weather ahead, and a whole raft of waterways around the country re-opening to fishing, anglers can look forward to exploring new spots and establish how many fat trout are living in them.

At the moment, trout are intent on piling on the weight after spawning and are on the hunt for food.

The latest reports in from the lower North Island indicate trout are in great shape after a relatively mild winter.

Wellington staff are raving about the condition of the trout they have seen in their waters, saying they are “stand out… very fit and heavy for so early in the season.”

Rivers in many regions are reported to be in great condition thanks to the lack of heavy rain and flooding – and the weather’s been angler friendly!

In the CSI region alone, the opening will practically double the amount of fishing available. 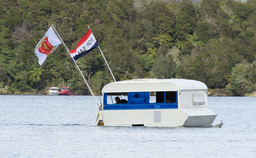 In case you missed it, from our WTF files, we have the caravan folks who were trolling for trout on Opening Day on Lake Tarawera…

P.S. - Thanks to Peter McGahan who sent in our cover shot of his eight year-old grandson Tyson, with a nice 3.5lb rainbow he caught on Lake Wanaka on holiday with grandad. 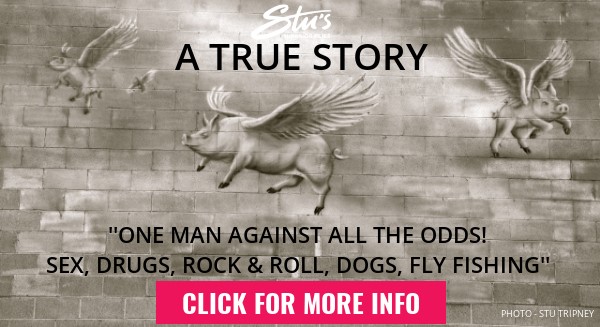 Geese are creatures of little brain. But what they do have gives them a courageous and cunning streak that leads to survival against the odds. Being confronted by a domestic goose defending its brood can be a disconcerting experience, and their attacks on trespassers often end with a feathered victory. I’ve come across Canada geese, nesting in deep forest but always within reach of water, or in gorse-covered headwaters where bogs give protection against predators. Their selection of nesting sites denotes a practical application of what little intelligence they possess. If a goose has a brain smaller than a pea, its survival must mean the brain is made full use of – much to the chagrin of humans whose brains are hundreds of times larger, yet we build leaky homes on flood plains and on earthquake faults... Continue reading here.