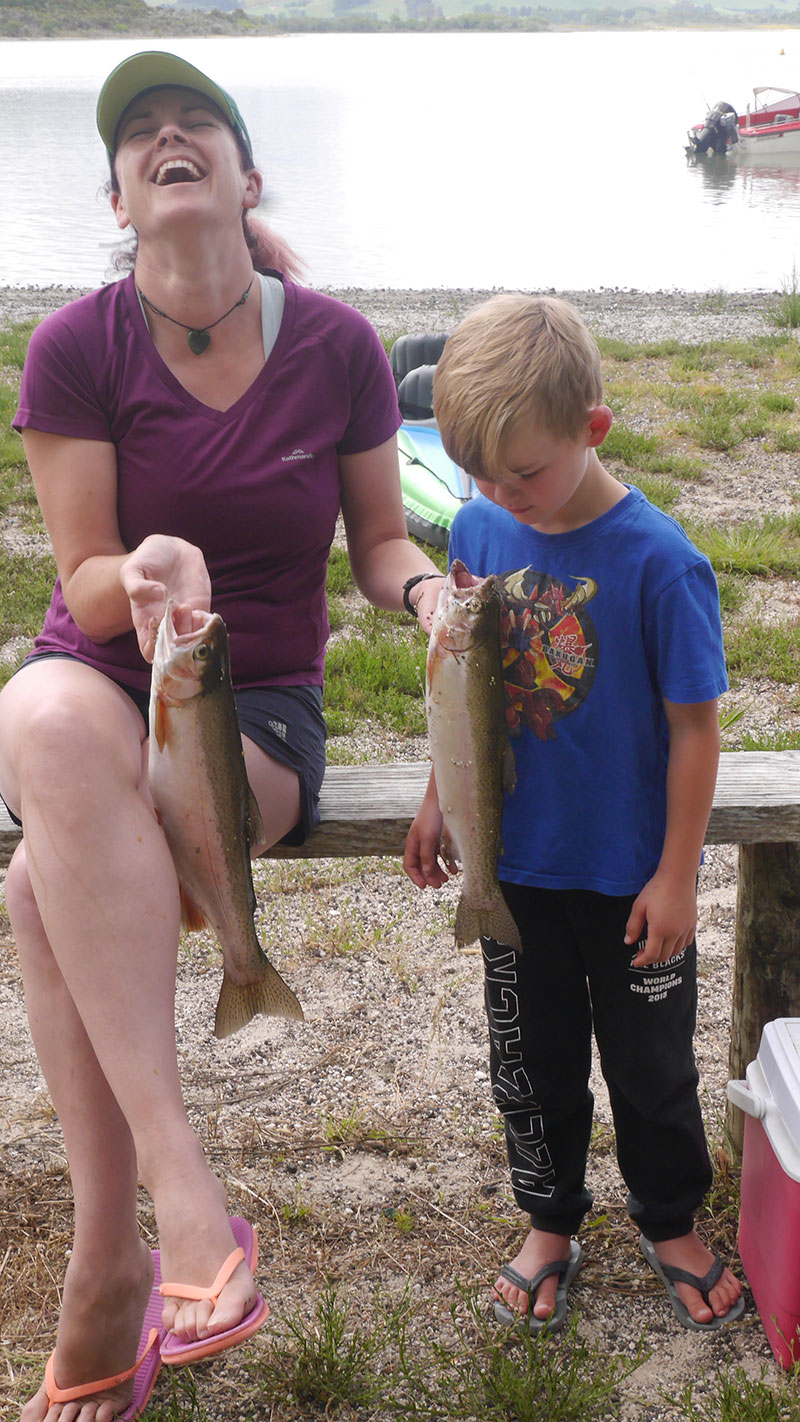 Falling temperatures, shorter days and the competing attraction of game bird hunting often prompt many anglers to put away their rods over winter with the result that they miss out on some great fishing.

This time of year sees trout preparing for their spawning runs and the added bonus is that the rivers and streams are less crowded with other anglers than they were at the height of summer.

In Northland, winter is the best time to fish the Kai Iwi Lakes and the annual trout fishing competition is scheduled for the last weekend in June.

Around Rotorua, the justly famed Ngongataha is fishing well, while double figure trout are being reported to have been landed in Rotoiti and Okatina.

Taranaki is promoting its winter fishing opportunities, while in Nelson and Marlborough, the Motueka River is said to be improving significantly.

The West Coast has been enjoying a good salmon run, North Canterbury’s lakes are a good bet for winter action, as are the increasingly famous hydro canals in the Central South Island region.

And at the moment in Southland, it is rainbow time as this species frantically packs on condition for their coming spawning runs.

So there is plenty of winter fishing available around the country – you just need to try it.

P.S. - This month's cover pic: That’s what mums are for! Cara Lauder had to step in for the photo and hold the rainbows son James caught from Lake Rerewhakaaitu as he wasn’t going to get his hands dirty.

Oreti
The world famous trout fishing in Southland’s Oreti River has been protected after Fish & Game’s Environment Court win against building a cycle trail through this valued wilderness fishery. Southland Fish & Game is now offering to work with the Southland District Council on developing the controversial Around The Mountain Cycle Trail down the Mararoa valley. For details click here.

Mackenzie Country Hydro Canals
Ranging patrols have been stepped up in the Mackenzie Country’s hydro canals after vandals slashed nets at the salmon farm there, allowing thousands of young salmon to escape. For details click here.

Undermining environmental protection laws
The government is being accused of a ”sneaky backdoor attack” on one of the core principles of New Zealand’s cornerstone environment laws.

Buy a licence!
Whether it's fishing or hunting you're planning, don't forget to buy a licence – or these great outdoor experiences could turn out really costly! Go to our "gateway" page here and click away for some well-priced outdoor adventures.

Martin Langlands passes on know how for Winter river fishing...
Find out more