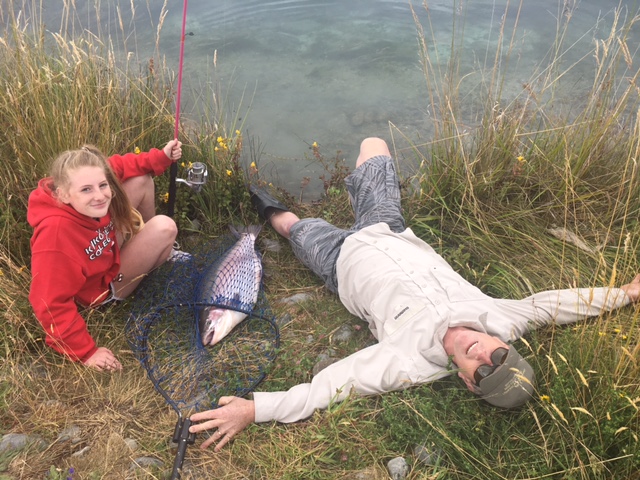 As this is written, New Zealand is in the grip of a heat wave…challenging for angler and fish alike.

The heat is driving trout in search of cooler waters and that calls for an adjustment in angling tactics.

As one of our writers puts it: “Where is the coolest water most likely to be and how will the fish be responding?” Reel life has some great tips. For a start, fish the early morning and late evening.

The heat of course, has its upside, with terrestrial insects are now out in force in most parts of the country. It’s time pull out your cicada imitations and give them a whirl.

Reports from around the regions indicate some great fishing out there, even if it means avoiding the sunniest part of the day.

In the central North Island, the deeper lakes - Tarawera, Rotoiti, Okataina and Rotoma, have all shown signs of promise, staff say. Okataina in particular has fished quite well but Rotoiti continues to produce the best fish of the region.

Down south, the welcome news at press time was re-opening of the six lakes closed late last year after trout were discovered with unidentified rashes (see fishing news).

P.S. Thanks to Barry Davis who shared a photo of his grand-daughter Bailey with her 28 pound rainbow caught in the Ohau canal – with a pink fishing rod, of course!

Fish & Game is thanking anglers for their patience over lake closures in Canterbury sparked by the discovery of fish with unusual rashes. The high country lakes were re-opened to trout angling on January 26 after the Ministry of Primary Industries gave the all clear. In spite extensive testing, MPI has not been able to identify the cause of the rashes.

MPI experts say they could not find any virus or bacteria in the trout they tested and whatever caused the rashes was not infectious. Read more.

A 27-year-old Cromwell angler has paid dearly for flouting fishing laws and obstructing a ranger.

The judge ordered McKinlay to pay more than $1800 in fines and costs, including $750 for obstructing a warranted Fish and Game officer.

Pollution of rivers and lakes remains second only to the cost of living, according to the poll.

The Colmar Brunton survey asked people how concerned they were about a range of issues.

Three quarters – 75 percent - of those surveyed said they were extremely or very concerned about pollution of lakes and rivers.

Only five percent said they were not that concerned.

Two hundred tagged rainbow trout were released into Marlborough’s Lake Argyle and the lower hydro canal, and one of the tags can win a lucky angler a $500 Henderson’s Fishing Store voucher.

Fish & Game staff say the prize fish is still out there “alive and waiting” for someone to hook.

The promotion will run past the April school holidays to encourage some family fishing fun. Details here.

Back to work 'therapy'

Back to the hard grind of the working world?

We have the therapeutic treatment for that… Shout yourself or an angler close to you a subscription to Fish & Game NZ magazine.

At only $35 for a year – four issues – this is a great spot of therapy and dare we say, escapism?

The mag has inspirational fishing images and writings from some of the best outdoor writers in New Zealand. 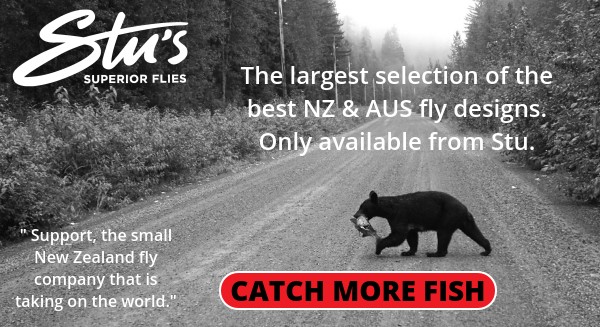 Will Spry outlines some tactics for successful fishing in the heat...
Find out more

River ventures were also unsuccessful. We saw plenty of fish, but getting a cast to them required skill and patience. The best fish were in long pools overhung with willows and surrounded with briar rose. Wading was fine, but casting was a test of skill. Long rods and leaders soon had flies hanging from willow branches. Short leaders meant pinpoint accuracy of casting – a skill level we fell well short of. Fish after fish was put down... Continue reading here