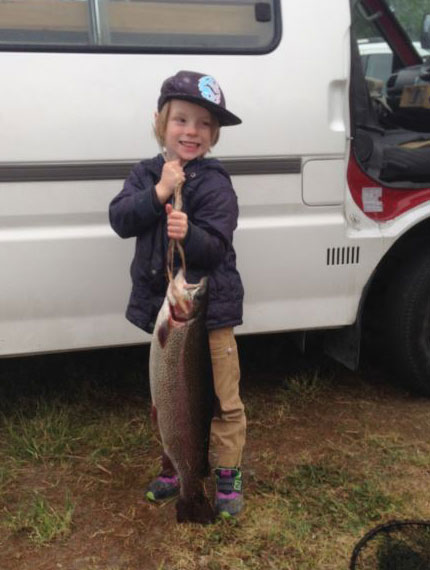 Seriously, when can you last remember days on end of weather this good in December for hitting the great outdoors?

And yes, after the best start to the summer fishing season for years in some regions, the big dry has started to put pressure on some fisheries.

But there's some hot fishing to be had. In the Waikato, staff tested a local stream and found "hungry trout" – with up to three large rainbows competing to take the hook!

With Waikato and Waipa rivers warming to the magic 19°C, Pirongia streams are also "full of fish" as trout look for cooler water.

In Hawke's Bay, the Mohaka River has continued to fish well with some nicely conditioned browns featuring in the catches.

In the Rotorua lakes, stream mouth fishing improves considerably when temperatures exceed 20 degrees. Rising temps are prompting the first fish to congregate at river mouths where cooler water can be found.

Down south, in the central South Island, the fishing in November and December has already been "epic!"

Staff have had reports of salmon catches at the Rangitata River mouth and Lake Tekapo, excellent dry fly fishing in the Ashburton lakes, monster trout taking egg imitations in the canals…

Salmon are arriving in the Rakaia and Waimakariri rivers in steady numbers as well.

P.S. Thanks to Isaac Holmes who shared a photo of a fish his boy Mylo caught at the Groynes in Canterbury. They fished to this big rainbow for over an hour. It looked about 4 or 5lb in the water, he says, but weighed in at 7.5lb!

It's still a waiting game…we expect to hear any day now what's caused the appearance of unusual rashes and spots on fish in some Canterbury lakes. At time of writing, six lakes remain closed to fishing: Lakes Grasmere, Sarah, Hawdon, Marymere, Pearson and Lyndon. These lakes are near State Highway 73 through Arthur's Pass. Samples are being analysed by experts at the Ministry of Primary Industries. Please click here for updates.

Meanwhile, we urge all anglers in the South Island to use the 'Check, Clean, Dry' method moving between waterways. Click here for details. 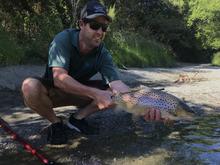 Two hundred tagged rainbow trout will be released into Marlborough's Lake Argyle and the lower hydro canal, but only one can win a lucky angler a $500 Henderson's Fishing Store voucher.

Nelson / Marlborough Fish & Game Manager Rhys Barrier says the release is timed with the holiday season to encourage families to head to Lake Argyle and have a go at trout fishing.

Turning the Tide – the findings

Anglers, if you missed the special symposium on salmon, here's your chance to catch up.

The presentations from the forum held in Ashburton mid-November are now available for download from our Fish & Game website.

The findings from the workshop and the question and answer sessions will be added in the new year.

'Look after the trout you catch,' says Fish & Game

With the summer fishing season now well underway, Fish & Game has launched an initiative to educate anglers on how to properly look after trout they catch.

Fish & Game has produced videos, along with a new brochure and pages on its website to inform anglers on the best way to handle trout they have caught.

Proper handling of trout is a good way to ensure a trout is fit for the table and for anglers to "play their part" in sustaining fish stocks.

Need some light but informative reading for the Christmas holidays?

Shout yourself or the angler in your life a subscription to Fish & Game NZ magazine.

At only $35 for a year – four issues – this is superb value with stunning images and editorial from the best outdoor writers in New Zealand. 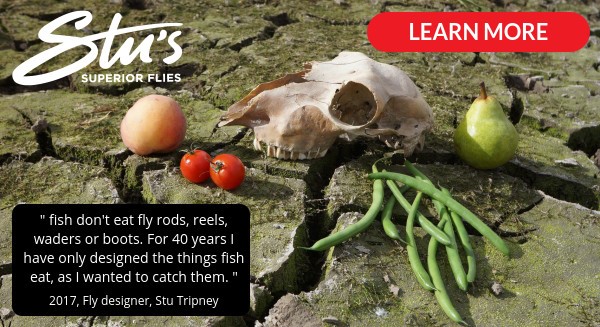 Advertising Opportunity!
If you would like to advertise in the above banner position and directly reach the fishing community across New Zealand, please contact Don Rood.

Will Spry says head for the hills as the lowland rivers get low.
Find out more

At nightfall the buzz begins. Hunger and the need to find mates drives the noisy horde. They come to the surface of the soil, wing cases open and they take flight. Brown beetles, the adult form of grass grub, are on their mating flights. The pasture near the river is riven with chewed out patches along a narrow strip where poisons dropped to control their numbers have not reached. There is a new moon, a thin crescent of light throwing a reflection on the water, and it is this reflected light that draws the beetles to the river. They come in their thousands and the river boils with rising fish. It is a feast for the fish, many of them regaining condition after a hard winter over the redds. Near dawn the beetles fly to a nearby orchard where they chew on leaf and developing fruit and absorb poisons recently sprayed to protect the fruit. The damage they do is minimal before they fall to the ground, dead.

This Month's Regional News Click on the region to read.