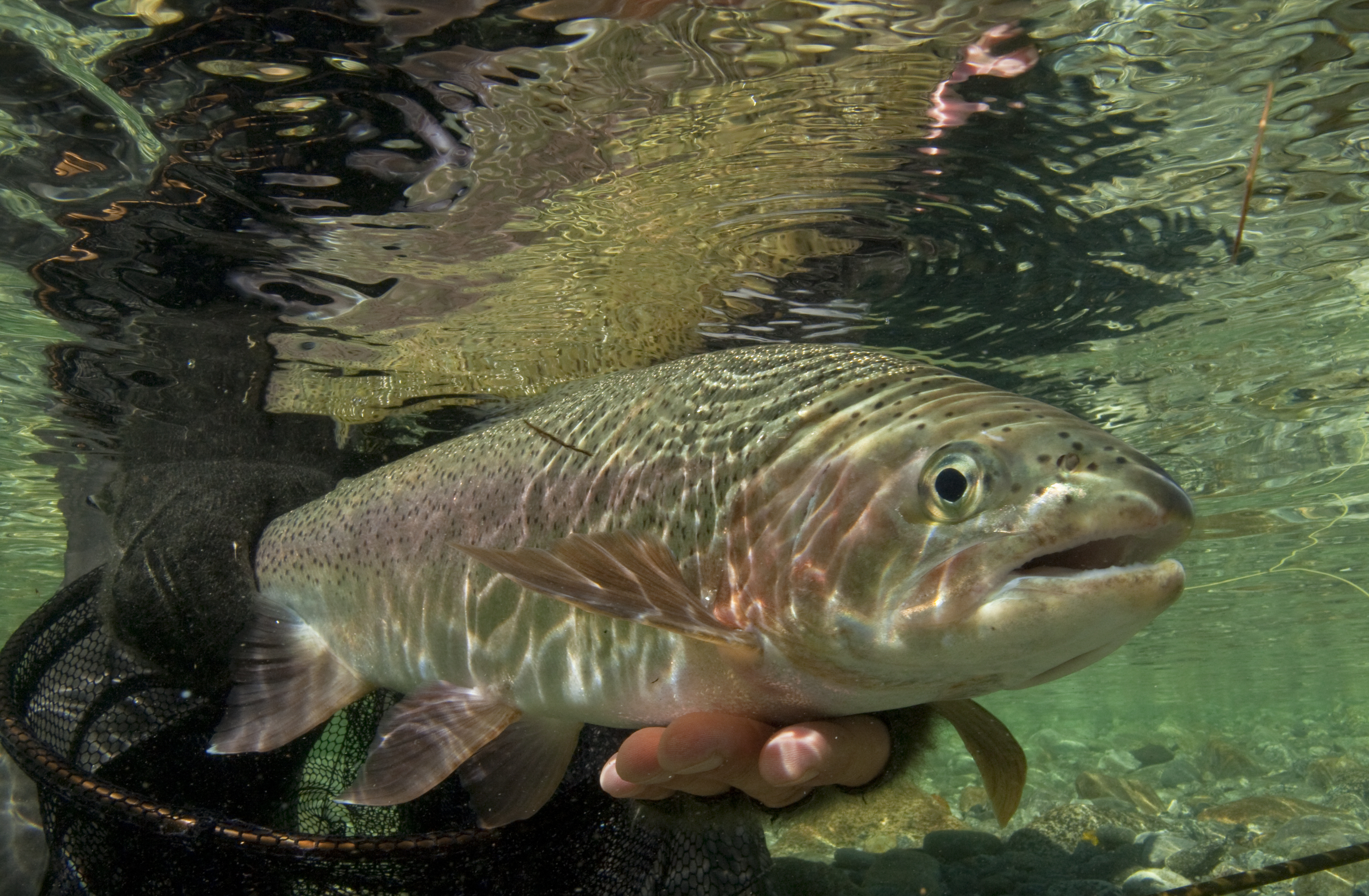 With the late arrival of Summer (deliberate capital S), we have enjoyed some great fishing in the Mackenzie Country. Cicadas showed up and the fish came with them, responding well and actively to just about any larger terrestrial imitations cast onto the water, often feeding from good depth in all water types from boulder-strewn to slower sections with undercut banks.  It truly is a spectacular way to fly fish and a great time of year for novices to really get into some excellent dry fly fishing.  The winds have settled and the rivers are at a great level to access and fish relatively easily.

There are some special tricks to be employed when fishing terrestrials in the height of summer, especially for less experienced anglers. Pretty much any cast is fair game for trout in these conditions, as trout will move a long way to intercept a larger dry fly, even returning a long distance downstream to tackle a passing cicada. Once your fly is on the water, leave it there as long as possible before re-casting – this is especially important alongside grassy or shaded banks, where the fish can lay up easily out of the sun and await passing morsels at their leisure. Crashing the fly onto the water is not really a major problem either. Traps for novices however, are striking too quickly once the fish has grabbed the fly (sometimes even before the fish have secured it!), or if they are running downstream in pursuit of a floating fly, as the fish is often still in “take mode” and may either reject the offering at late notice, or may not have taken the fly totally in before you strike and set the hook. In the case of rainbows (and sometimes the more wily browns), they may have a second try after a short take and will often have a second go with another cast.  However, an outright rejection requires a change of fly and/or drift to ensure that an adequate presentation is made – don’t lose heart – they are keen to feed at this time so keep applying yourself to the fish until you catch them, or they move on or shut down.

As we move into autumn, the presence of mayflies becomes more pronounced again and the terrestrials start to drop away again.  However, an “Indian summer” may be on the cards this year, extending into our traditional autumnal fishing times, meaning that terrestrial offerings are still acceptable to trout. If in doubt, put a black gnat down in front of the trout and see how they approach it.  However, do keep a stock of emergers and duns in your kit as the mayflies start to come on line again. A spinner fall may be on the cards too, so be prepared to change to suit the phase of feeding.  Of course, a nymph through the riffles is always a great option.

The last month of the main season is just about upon us and with Easter mid-way through, it’s  a great time to bring out the trout gear for one more run and a chance to get the last few trout of the season.

While the rivers close down at the end of April, there are still plenty of angling opportunities after this, with the bigger lakes still open and of course, plenty of fishing opportunities in the hydro canals. Enjoy the calmer conditions that are promised with the coming of autumn and make the most of what has been a great season.