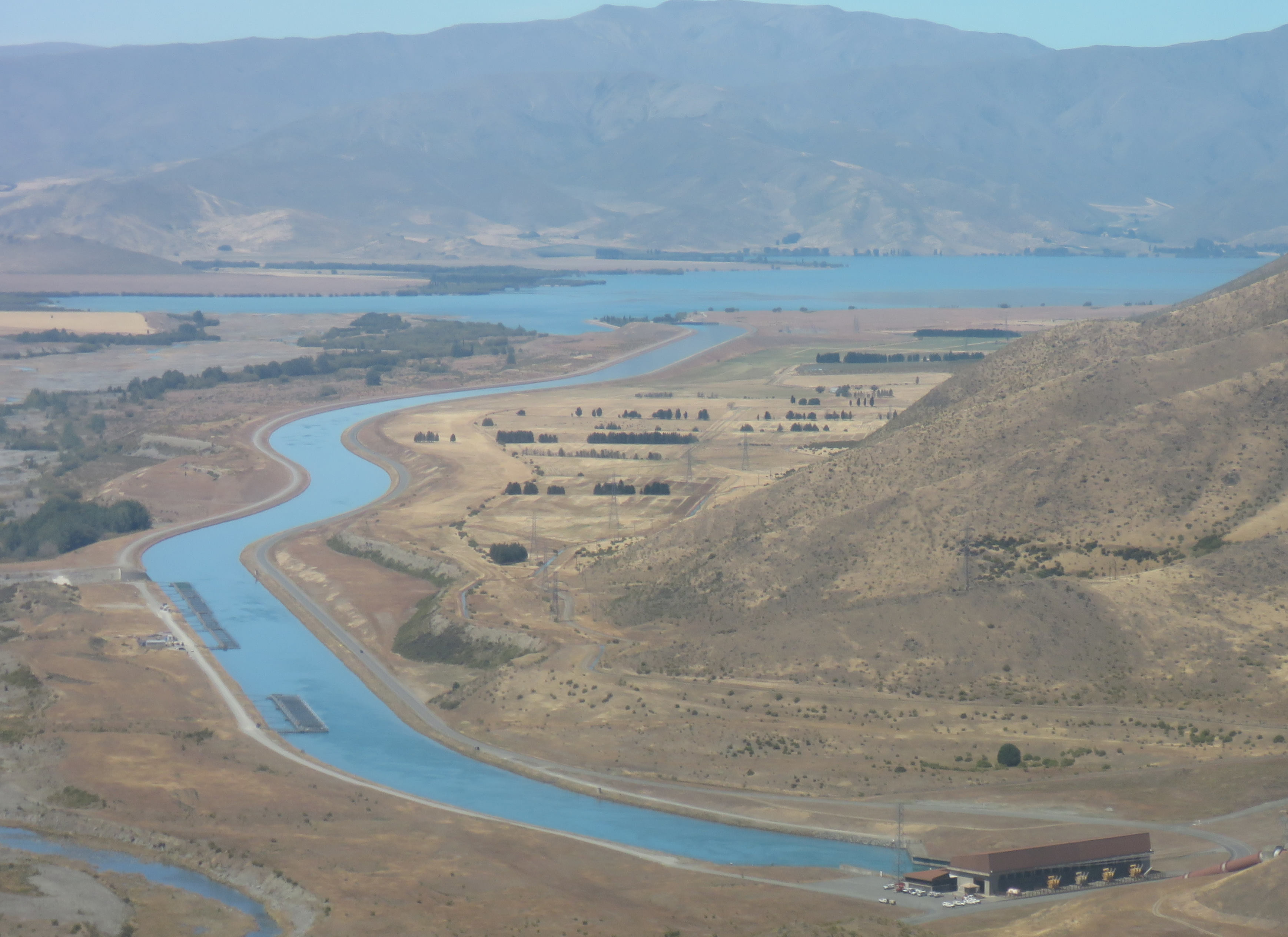 Lake Benmore is a favourite fishery for South Island anglers, in fact, on paper it’s recorded as the second most fished lake New Zealand - that caldera lake formed by a supervolcanic eruption in the North Island takes the top-spot.

Why is Lake Benmore so popular to fish?

Above: Where Wayne fished - The Ohau C Canal and Lake Benmore beyond' photo Credit Rhys Adams

There are a few good reasons: anglers can target rainbow and brown trout as well as sockeye and chinook salmon; there are great lake-side camping grounds with boat ramps like Ohau C, Falstone, Haldon and Sailors Cutting camps on; there is shoreline access and trout cruising the edges at places like Pumpkin Point on the Ahuriri Arm and Ohau C tail race near Twizel.

Although anglers flock to the neighbouring hydro canals in pursuit of mega-trout, as Fish & Game Ranger Wayne Marsh and his partner found out, sometimes your time is better spent on Lake Benmore. After a fruitless day on Saturday last weekend fishing the Ohau C Canal, they fished Lake Benmore on Sunday.

Launching from Ohau C boat ramp, Wayne and his partner trolled their way for four hours along the Eastern Shoreline past Black Forest Station and around some of the rocky headland bays beyond. Wayne said, “there were fish everywhere”, “they were swimming on the surface with dorsal fins out of the water”.

They caught one salmon, two browns and five rainbow trout – all were 2-2.5 pounds, in good condition and fought well.

Two were kept and 6 went back.

They trolled with spin rods lined-up with 8-pound braid and followed the drop-off, fishing in five metres of water and occasionally coming across and snagging shallow weed beds.

The lures, the green-frog and pink and black Tasmanian Devil lure are Wayne’s favourites and did the job as instructed.

Have you ever thought ‘that Rhys-guy, who writes the CSI weekly report and gives us fishing advice, is he all smoke-and-mirrors pretending to know how to catch fish or is he the real deal’?

Well, I’ve been wondering that myself this season – you see, I’ve had my fair share of “skunking’s” in our lowland streams this season – a term used to describe a fishing trip where nothing is caught.

Was the problem a lack of fish? No way – I have been really impressed by the numbers of trout spotted, and they’re big 4-6-pound trout at that.

I have had such a great time on the rivers and had countless numbers of trout inspect my flies, but bites have been few and far between – I just don’t think I have been “matching the hatch”.

I must admit I have had some bites that resulted in hook-slips and even the dreaded ‘strike too hard’ and SNAP!

December’s long evenings are perfect for evening fishing after work or an early dinner and that’s what I did last Sunday.

The local river of choice was clean, clear and the fish were feeding – even rising - but could I catch one – nope!

What an idyllic evening though, to just enjoy the river and watch big trout in ankle deep water rising away in the sunset light – the photo is that scene but after I had spooked the fish…

I’ve got to admit though, I came home frustrated but determined to find success as soon as possible so I made plans to head out after work on Tuesday to change my luck.

On a different local river this time, I spooked a few fish and got refused again and again and then finally on the last pool – success! 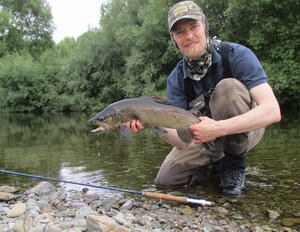 Now this fish was going home, to my house, because I like eating trout but most importantly so I could inspect its bulging belly for its prey of choice.

If this fish’s dinner was my index of success, then it was no surprise to find none of the mayfly and caddis I had been trying to imitate.

Perhaps by luck alone, I did catch it on a size #18 black-beaded pheasant tail nymph.

It was full with brown beetles and willow grubs ; I hadn’t tried those flies…

So that’s my convoluted way of announcing the start of the willow grub season and for any fly angler that hasn’t mastered it yet, like me, there is some great how-to info online.

The size of the ingested willow grub found were small, I’d suggest trying #18 or even #20 imitations.

If your heading out “grubbing” this weekend most lowland river flows should be ideal.

There looks to be a bit of wind to contend with, mainly Saturday, so Lake Benmore boaties might find more casual conditions on Sunday.

There is a minor wet front racing up the divide so best to check the flows and rainfall records of main divide rivers like the Ahuriri and Rangitata before venturing out.

And lastly, if you’re struggling to decide on a Christmas present for someone, why not buy them a licence and take them fishing!