West Coast Both Barrels May 2018 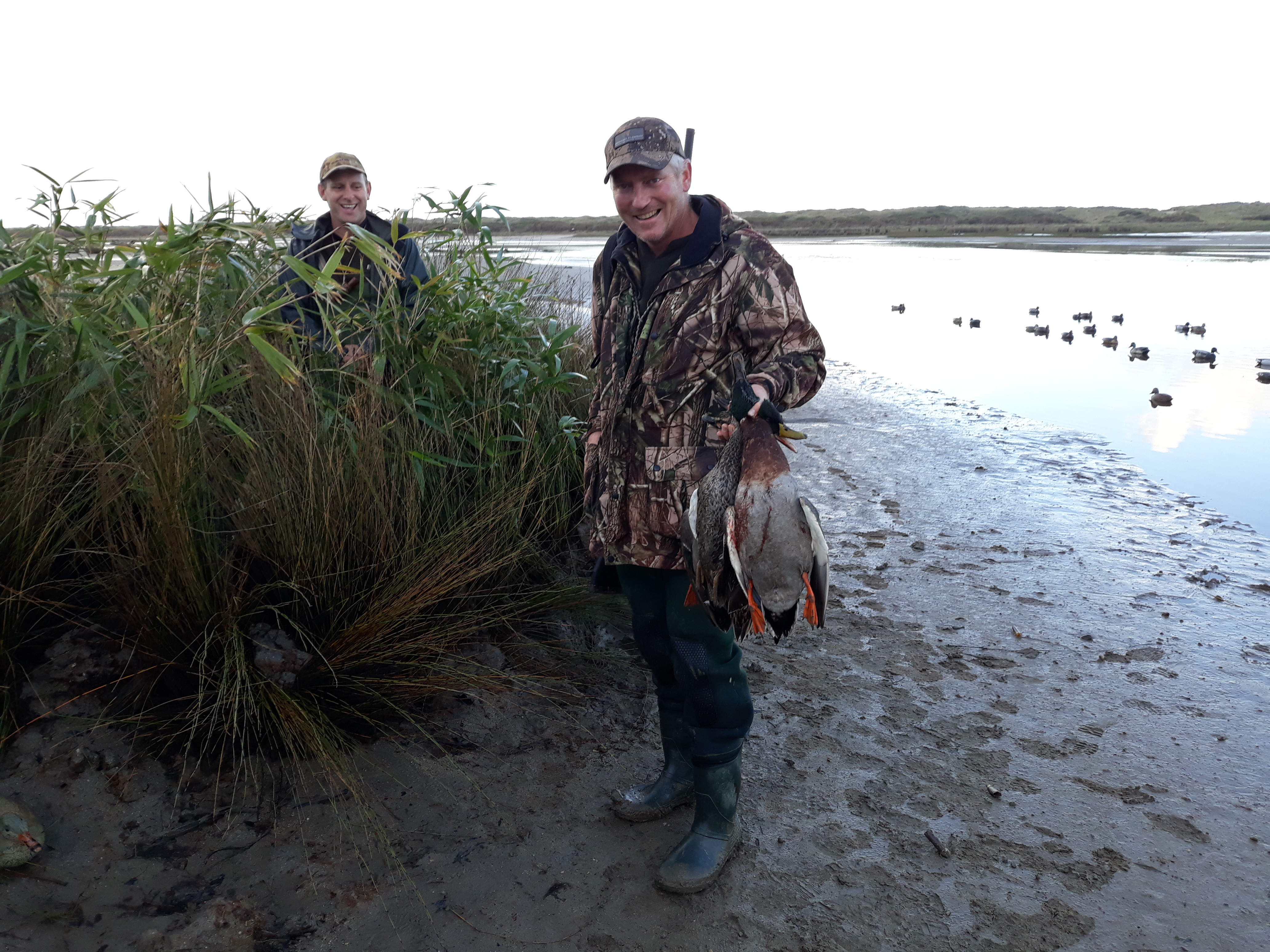 Opening weekend provided just enough birds to make for a good day out for most hunters. Saturday morning while cloudy, didn’t really have enough wind to be ideal for hunting.

Above Right: Local Hunters Matthew Lowe and Glen Kingan with a few birds from day two of opening weekend.

A change in the weather brought far better conditions for Saturday evening, and for parts of the West Coast on the Sunday.

Several visiting hunters were encountered throughout the Coast ‘, including many hunters that have moved away from the region, but return for the opening of the game bird season.

A number of hunting parties elected to target Paradise Shelduck over opening weekend.

Local hunters praised for high level of compliance with regulations 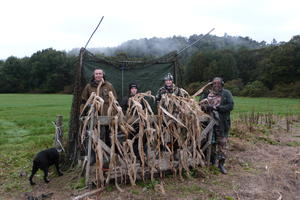 This year rangers concentrated their efforts around Hokitika and the upper Grey Valley/Reefton on the Saturday morning.

The Karamea area was checked for the remainder of the weekend.

Compliance results were pleasing, with no offences detected whatsoever.

This made for an enjoyable weekend for the rangers out, as we made our way around several hunting parties.

It seems hunters have well and truly accepted the use of steel shot and have found a product that works for them.

Many hunters talked to said they were happy with the steel they used, one hunter even commented that he thought the steel he was using was better than lead.

Without doubt the ammunition manufacturers seem to be getting it right now.

It seems also that the regulation introduced last season of restricting shots to five total, with a maximum magazine capacity of four rounds, has now become common knowledge amongst hunters locally.

There was no alcohol present amongst hunters, all sensibly leaving any alcohol consumption until later after returning from their hunting areas.

For rangers it was pleasing to see such ethical hunters out with family and friends, having a good weekend.

Greylard (combined Grey, Mallards and hybrids of both) counts completed during April/May resulted in slightly more birds counted across the seventy odd sites than the previous year for the West Coast Region, however there was a large fluctuation in the distribution of these birds.

Many of the regular sites contained low numbers, while some of the more inaccessible wetlands held really high concentrations of birds.

What does this mean for local hunters?

The better hunting is likely to come later in the season.

This is usually the case in the West Coast Region, but probably emphasised even more so this season.

As the season progresses, its likely more birds will arrive to your hunting areas.

Changes in the weather should see these birds moving about more in the coming month, so keep scouting for hunting opportunities.

In the next week or two if you get adventurous, try looking into some of the more remote bush ponds.

If you strike it right, you may be surprised how many ducks are about after a seemingly quite opening weekend.