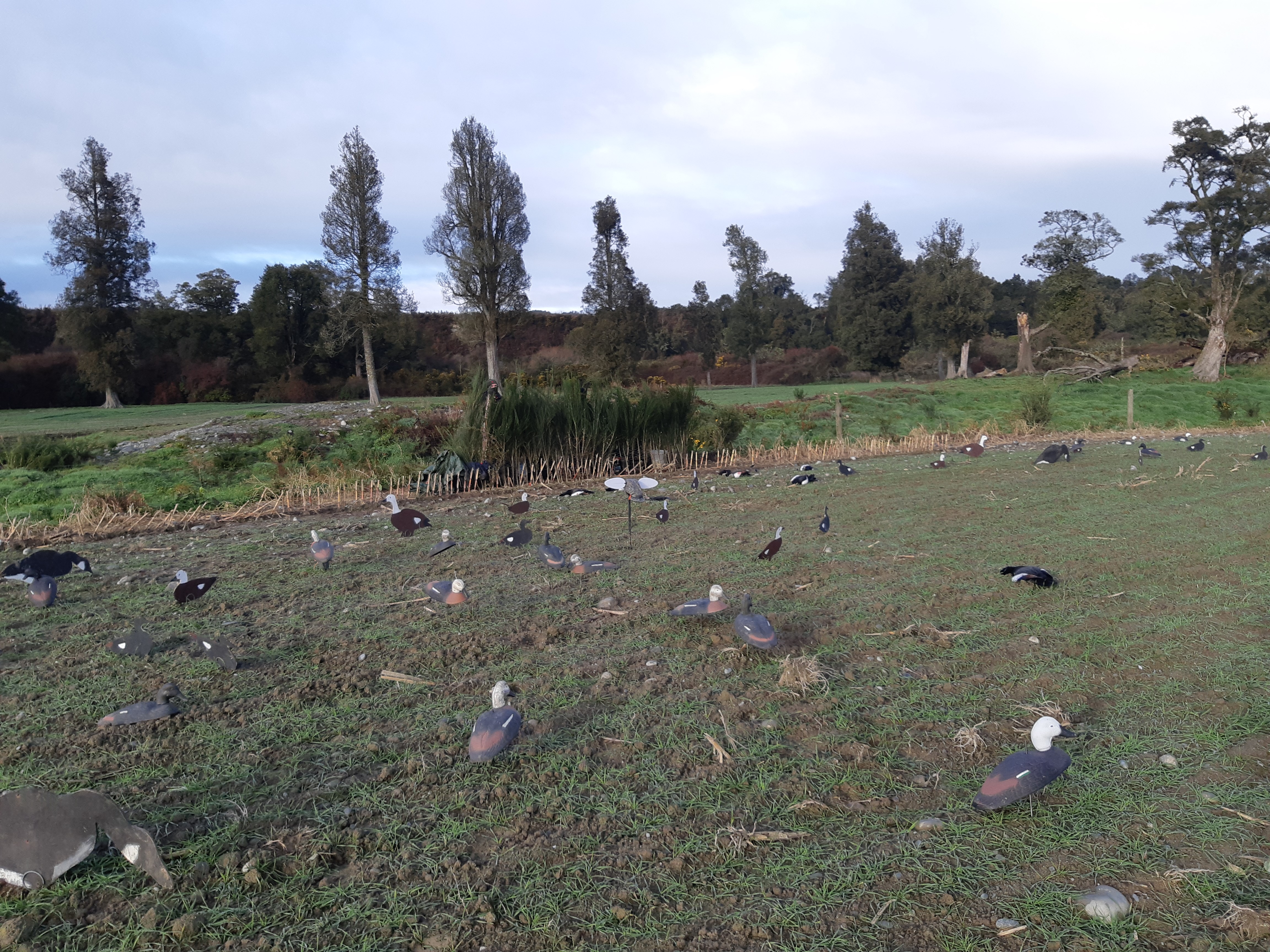 The weather over the gamebird season has been very settled with long fine periods interspersed with shorter periods of rain and strong easterly winds.

Game birds have been fairly sedentary although have become mobile as storms have moved through and hunting has greatly improved during these times.

Looking at the long-term weather forecast, it appears there will be unsettled weather through until the end of the season.

Bird movement should be predictable until the rough weather hits with birds likely to move to shelter before feeding out on flooded paddocks once things settle.

Areas that hold high numbers birds one day may have none the next so ensure you study your local bird movements and be flexible.

You want to be where the birds are heading to, not where they have been.

The first was a repeat of last year’s pukeko drive at Matai in the lower Grey Valley.

Plenty of birds were taken although many more escaped into surrounding areas. 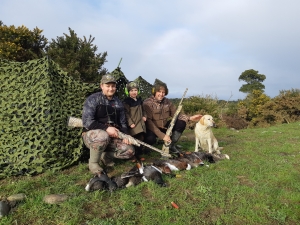 The second was a new event for young up and coming hunters targeting pukeko and black swan at Barrytown.

The keen young hunters showed a willingness to learn and were rewarded with some great hunting.

The third was another pukeko drive up at Birchfields north of Westport. This site has high numbers of pukeko and participants enjoyed their hunt.

The fourth hunt was a reinstatement of the Grey Valley duck hunt over the weekend July 11/12th.

The weather was great on Saturday with plenty of bird movement from all the hunting activity.

Sunday was a classic West Coast day, wet and rough, but teams were happy to be out hunting with friends and family regardless of how many birds were shot!

To anyone wanting to participate in future events, send an email to bkersten@fishandgame.org.nz

A long way from home

Lucky Westport game bird hunter Callum Lennon got quite the surprise when retrieving a mallard drake he’d shot in June.

The duck was banded and with the closest mallard banding occurring in the North Island this duck was a long way from home.

Records show the drake was banded as a juvenile in March 2017 at Hatuma, Hawkes Bay, some 463km from where Callum Lennon was hunting.

Senior Fish & Game Officer Matt McDougall who oversees the banding project gave insight into how unusual this is.

There are still other gamebird hunting options beyond July so don’t put your shotgun away just yet.

Check out the 2020 regulation guide – there are good opportunities in many regions with extensions of the regular season and a summer season for paradise shelduck, pukeko and black swan.

Upland hunting for the likes of Californian quail is open until late August in some adjacent Fish and Game regions.

These birds provide exciting hunting, are great eating, and can give your hunting dog a great work out.

Local Clay Bird Target Clubs are always keen to have additional numbers at their events.

Try to go along in the off season – club members are full of knowledge when it comes to shotgun shooting and are more than happy to share it.

Next season you will shoot much better as you will have kept your eye in during the off season and might have even got rid of the odd bad habit or two.