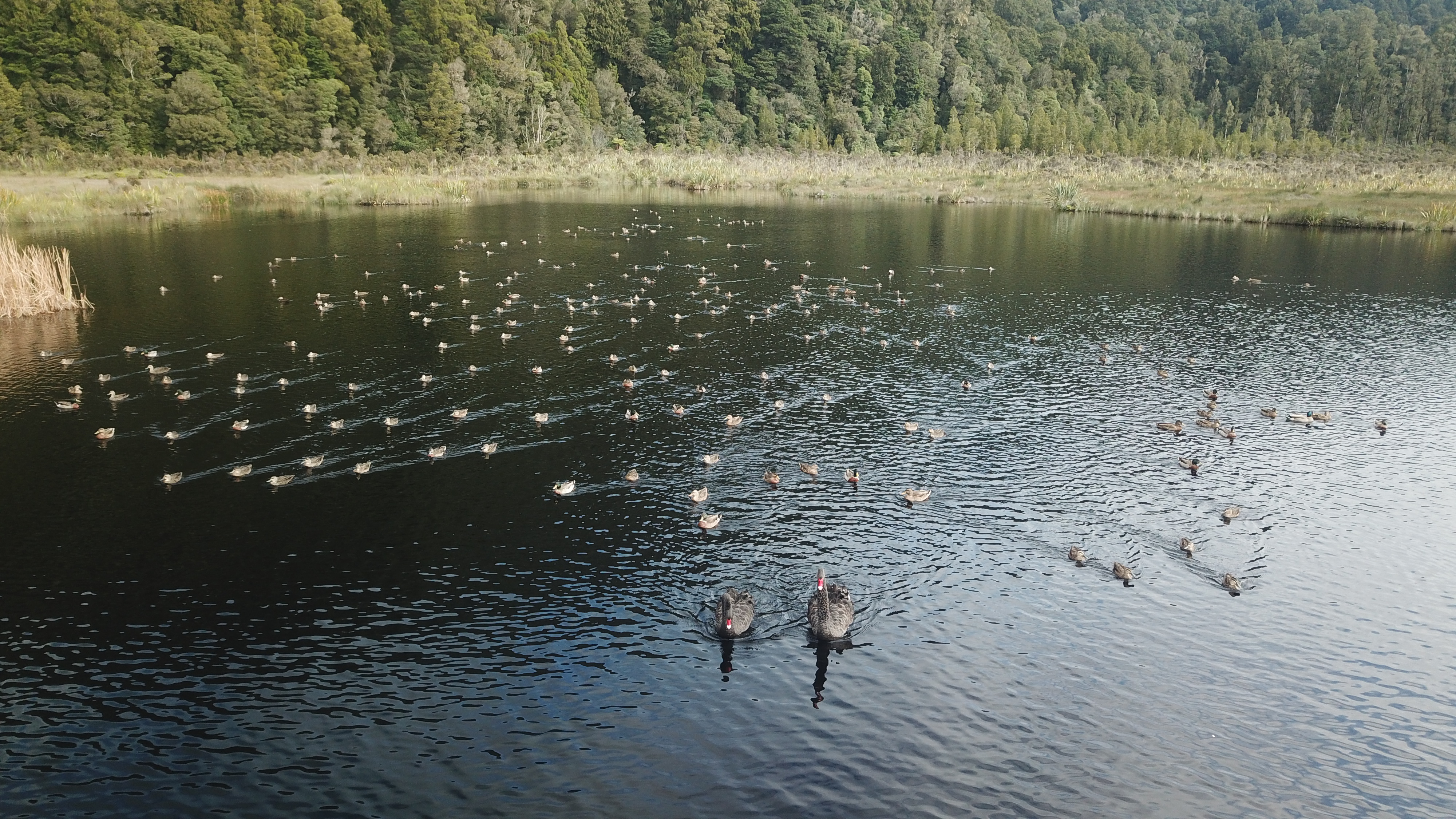 2021 game bird season is only a stone throw away

Preseason counts have been completed by staff and it looks like we are in store for a great season.

Greylard counts were slightly up on last year despite fewer sites being counted while paradise shelduck moult counts were again at record high levels being only slightly down on last years count.

With this many birds around, might pay to take along a mate or two opening morning to ensure bag limits aren’t reached too fast!

Despite the disruptions to the last opening, when it did roll around, hunters reported increased success from the number of other hunters out keeping the birds moving.

Looking at licence sales so far, it looks like we’re again going to increase in hunters.

So, to sum it up for you, lots of birds, lots of hunters and lots of action!

Organised hunts are again back, and we are looking to expand them into South Westland!

West Coast licence holders will receive an email after opening day, with an advent calendar and the opportunity to sign up to be further notified about events.

The increasing popularity of the events means some out of region hunters may be turned away so ensure your licence is a West Coast one.

This can be done by nominating the West Coast region if purchased online or by buying it from a West Coast agent.

Any questions regarding organised hunts should be directed to bkersten@fishandgame.org.nz

We look forward to seeing you at the events! 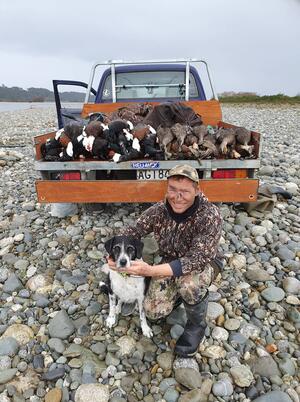 Sam Speight and his dog Skid getting amongst the excitement last season.

The average West Coast Region game bird licence holder harvested 18 game birds in the 2020 season, compared with 15 game birds during the 2019 season and 18 for the 2018 season (rounded to whole bird figures).

This equates to approximately; 8.7 Greylards, 6.6 Paradise Shelduck, 1.6 Pukeko and less than one bird each of Swan and Shoveler.

Opening weekend accounted for 47% of the season’s harvest by West Coast hunters.

Hunter effort and harvest by local hunters increased from the previous season.

Hunters again continued with the trend of increasing popularity of diversifying your bag, with increased harvest of paradise shelduck, pukeko and swan. 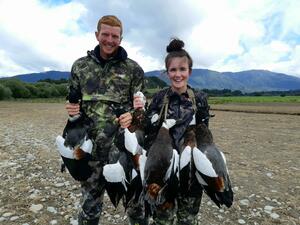 Simon & Rosamund had a blast at the young hunters club event held in the summer season. (Photo Baylee Kersten)

After several years of allowing the paradise shelduck numbers to recover, the summer season was reinstated, and some fantastic hunting was put on offer.

Many hunters utilised the season with fantastic results and another positive comment that came from it was that great numbers of greylards were observed while hunting paradise shelducks.

Just how good the summer season was? We hope to find out that during the first two game harvest surveys of 2021-22.

Therefore if you can not only have your opening weekend data handy but also your summer season data that would be fantastic, as we try to gauge harvest during the special season.

Following the phase-out period over the last four years, this year lead shot is prohibited for all licence holders (other than 410 users) across all lands (public and private) when hunting game birds within 200 metres of all waterways and wetlands.

The daily bag limit for pukeko in the Northern West Coast during the regular season has been increased to 20.

The pukeko summer season has been extended and will begin on January 1st and end on the third weekend in March with an increased bag limit of 10 per day. What an opportunity, with potentially organised pukeko drives during the summer!

The paradise shelduck summer season has been extended and will begin on the first weekend in March and end on the third weekend in March, with a bag limit of 10 birds per day.

We hope you have a successful and safe opening weekend. Hope to see you out there.

Posted in Both Barrels; Tagged Hunting Posted 9 months ago by Default Admin