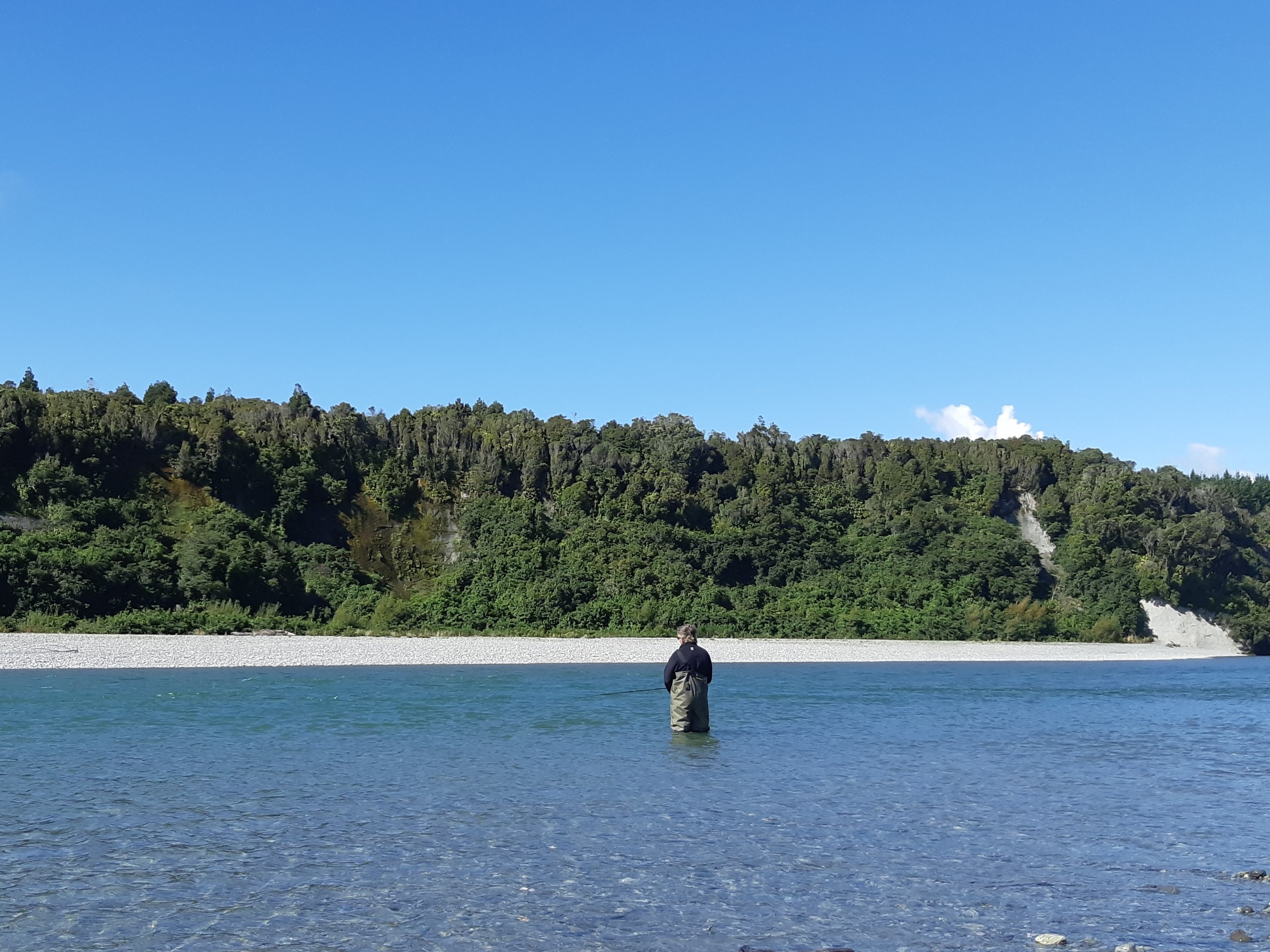 The salmon season is upon us and reports of success are surfacing!

The conditions have been ideal for salmon fishing with the rivers frequently discolouring and running cool from rain; both which bring the salmon on the bite.

Recent compliance rounds by West Coast Fish & Game have found that there are decent salmon numbers this season.

A vast majority of anglers checked salmon fishing have either caught, loss or seen a salmon which is a good indication the main run has arrived.

So, from now through to April 30th is a prime time to be riverside if you’re hoping to catch a West Coast Salmon. Keep in mind the South Westland lakes close for salmon fishing after March 31st. For further information please refer to the South Island Regulation booklet. 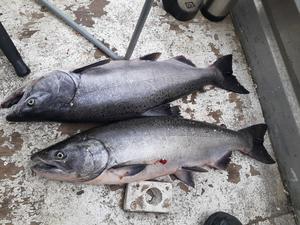 We have heard of catches from the Grey River, right down to South Westland, so they are now entering rivers the span of the Coast, all you’ve got to do is find them!

On the first weekend of March the South Westland Lions held their annual salmon fishing competition at Lake Mapourika.

This is a long-standing event and it was great to see plenty of familiar faces out on the lake trying their luck.

While fish proved elusive to many well done to those anglers who persevered and were rewarded with a salmon.

Speaking to anglers the fishing was great following heavy rain the weekend before the competition but by time to competition rolled round the excitement had died down.

April is a great month to head out trout fishing. 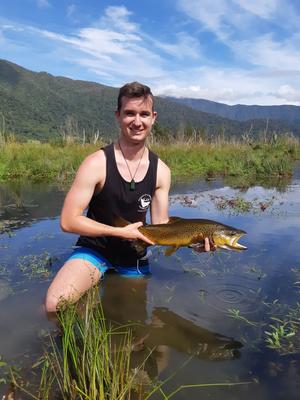 Luken Bisley with his first trout on the fly rod caught recently on the West Coast. (photo Baylee Kersten)

Trout are feeding well and are in great condition as they prepare for the upcoming spawning run.

In addition to this cooler water typically results in better oxygen levels in the water, therefore trout will feed throughout the day.

March has produced some challenging fishing with warm lakes and low rivers as there was extended periods of settled weather.

Although those who did target cooler rivers or fished first thing in the morning reported success.

None the less, conditions are cooling now and those trout that were seeking thermal refuge over the summer will now be playing catch up to get ready for spawning.

Large trout continue to be caught but with travel restrictions now in place and April not typically popular with non-residents anyway, it’s a fantastic time of year to try your luck at getting a fish of a lifetime.

Its unlikely the mice trout will retain much of that extra weight into next season, as they’ll expend as much energy as possible trying of procreate over the winter. So, make the most of April!

The results were similar to other rivers with the numbers of large and medium trout being up but small trout numbers down, likely a reflection of our wet spring. We recently completed a drift dive on the Karamea River. 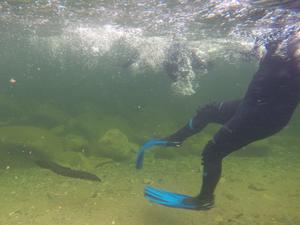 A video was also filmed on Lake Brunner this month showcasing the fishing and how to increase your success so keep an eye out for its release.

Compliance rounds have found everyone to be complaint other than two non-resident anglers who had to face steep repercussions for their oversight in planning their trip.

Lastly staff completed some electric fishing this month as they weighed up a resource consent application and were pleased to find a thriving spawning stream.

Posted 2 years ago by West Coast