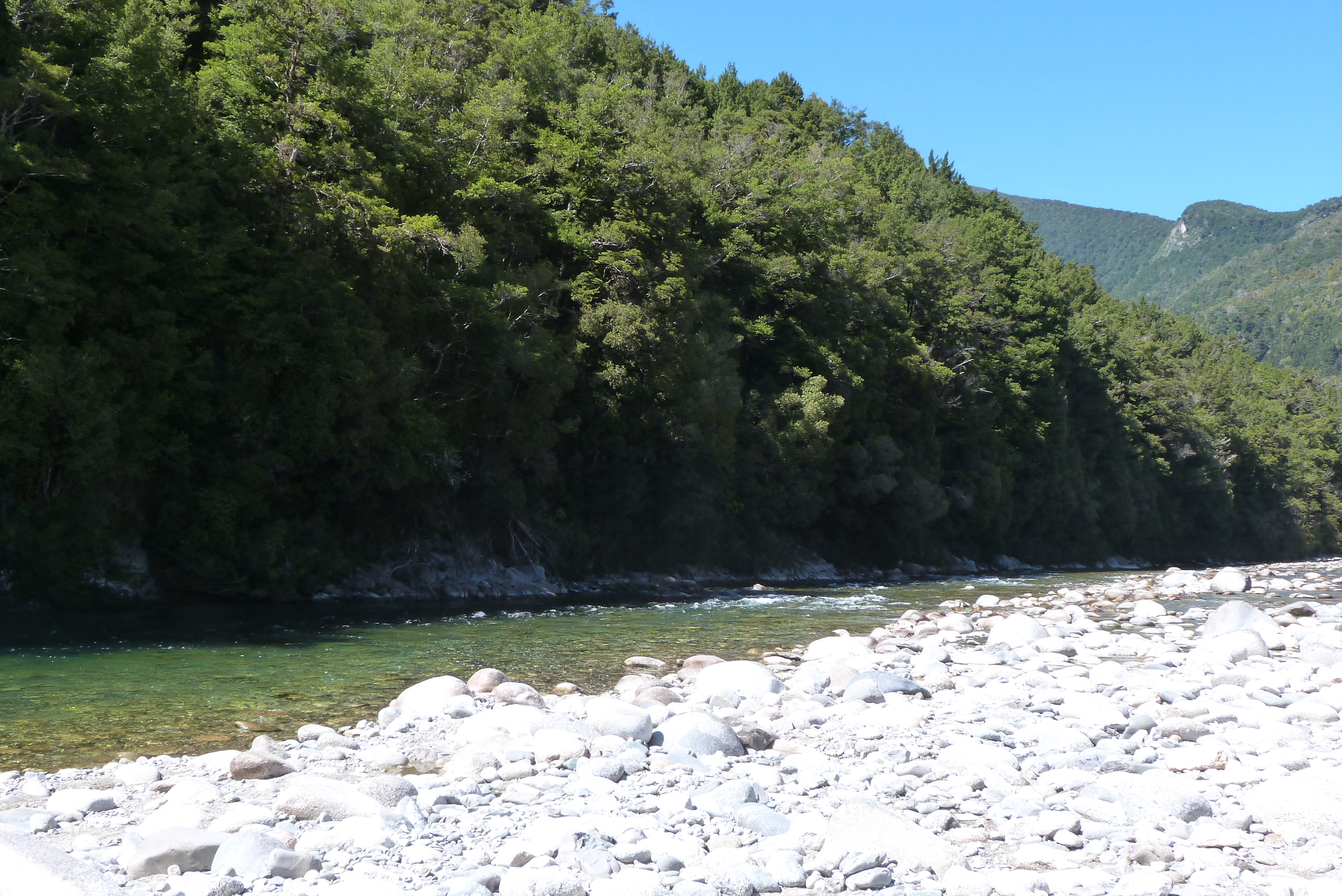 The ‘Coast’ has remained reasonably mild for early winter, with plenty of fishable water in the rivers that remain open over the winter months.

Looking back over the season, it has been one for those able to spend time out fishing late summer/autumn.

Above Right: The Karamea River during excellent autumn weather March 2017.

During this period the weather has been great, and many of the larger rivers after sitting at high levels early season, dropped back to provide great angling.

So, after the poor conditions early on, we were been spoilt in autumn, especially with such a good salmon run in many of the rivers this season.

Don’t put the gear away yet though, as there are still a number of waters open here during winter.

It’s an ideal time to get the spinning gear out on these nice calm early winter days.

Last of the drift dives completed for the year 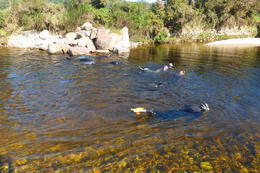 We have been late getting a few of the drift dives finished this year, given the wet weather early on.

The dives completed late in the season were the Grey River at Waipuna and the Mawheraiti River at SH7.

The Grey River at Waipuna was holding not quite as many trout as last year, but still a better than the few seasons prior to that, with 14 large fish per/km, 79 medium per/km and 97 small/km, compared with  23 large per/km, 199 medium per/km and 135 small/km last summer.

The Mawheraiti River SH7 site was really positive with high abundance of all size classes in the late season dive, hopefully a sign of improvement long term and a good sign as we near the spawning period.

Recently a few licence checks in South Westland have resulted in fines to unlicensed anglers.

With local donations and licence funds going towards fishery enhancement in the area, those found fishing unlicensed are effectively subsidised by those that have purchased a licence and should expect to lose their gear, face prosecution and/or a substantial fine.

We have a number of honorary rangers based along the West Coast that give up their own time.

If you see them out and about make sure you thank them for their contribution in managing the local fishery.

Local spawning surveys have begun, so staff along with volunteers have been visiting known spawning areas to search for returning salmon.

We may look elsewhere for spawning salmon this season in an effort to locate any additional areas salmon are spawning, as a number of fish seem to have bypassed the regular spots.

If you’re out deer hunting etc. and come across salmon spawning or post spawn carcasses we would be keen to hear about them, especially if the adipose fin has been clipped.

Thanks to those that have called the office this season with details of fin-clipped salmon caught during the season, it all helps in ascertaining how effective previous salmon releases have been.

This is the last of reel life until August, so until then, tight lines for your winter fishing.