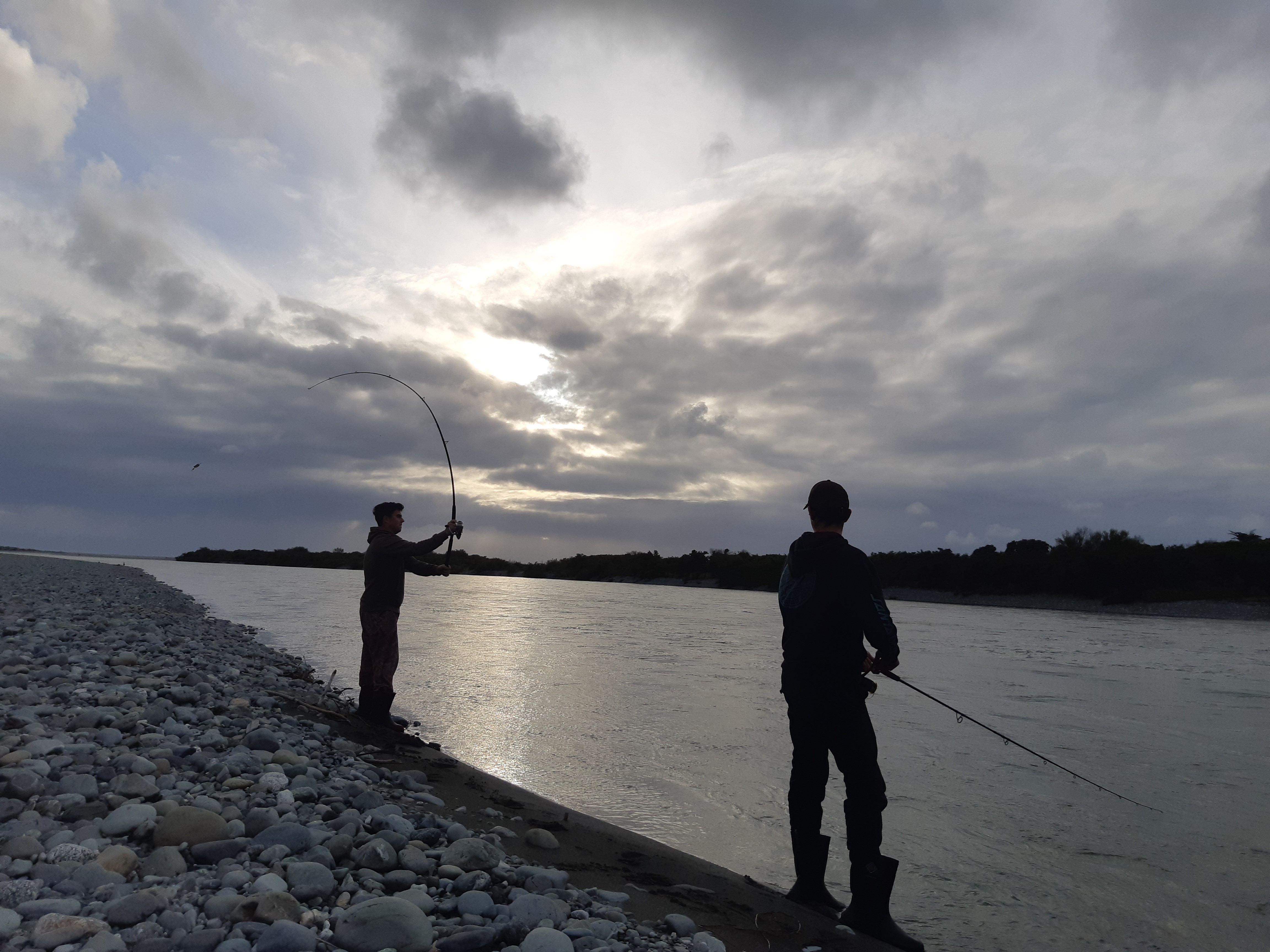 Salmon fever kicks in on the West Coast

The frequent freshes experienced this month have really got some excitement in the air and some salmon to the bank.

There were a few fish caught in February, but March has been by far a more productive month with reports of catches from the Grey River right down to the Haast.

Right: Josh Blyth and Harrison Calder salmon fishing in the Taramakau River as it clears one evening. (Photo Baylee Kersten) 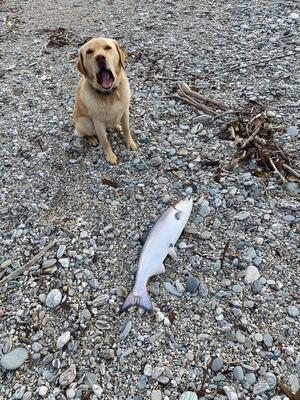 Toby checking out 8.5 pound salmon caught on the West Coast

The lakes have also been producing fish very regularly with days following rain resulting in quite a few salmon ending up in boats.

I can’t say too much more without getting in trouble with the locals so your best to go check it out yourself next week!

While all other fisheries (excluding McDonald's Creek which is closed year-round) are open to salmon fishing until April 30th.

With the run slightly late this year the rivers that remain open should fish well throughout their length into April.

Anglers reporting success is greatly influenced by water conditions, with equipment and methods coming second to fishing following a fresh.

So new salmon anglers should put in extra time when possible during clearing rivers.

Aim for when the water visibility is around a meter, not when the river is still bank to bank! 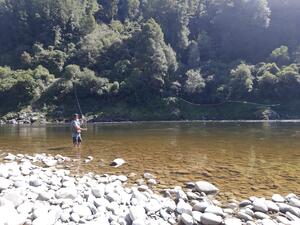 Peter Moore having a cast in the lower Buller River earlier this month. (Photo Baylee Kersten)

April trout fishing is always great and typically overlooked by many anglers.

With cooling water temperatures and trout aggressively feeding trying to pack on condition before spawning, trout often are very active.

Trout would have typically received quite a bit of angling pressure by this late in the season but due to border restrictions, it wouldn’t surprise me if some West Coast trout are yet to see a fly or lure!

Some very large trout have been caught this season and there are still plenty more where they came from.

I highly encourage anglers to make the most of this last month of the regular season as they are likely to only lose condition over the winter.

If you don’t get out in April; no sweat, winter angling is becoming increasingly popular and with so much of the West Coast open to trout fishing, opportunities are endless.

With a portion of the adult trout community off spawning at any time, maiden fish tend to take up feeding lies and are far from fussy.

It’s a fantastic time to introduce someone new to the sport, with low light conditions resulting in a lot of blind fishing and therefore twice the action if two rods are fishing, it’s a win-win! 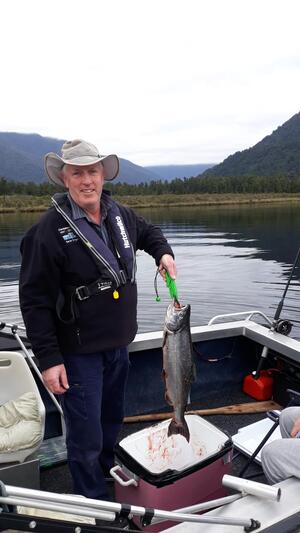 Unfortunately, the South Westland Lions Club Mapourika Salmon Competition didn’t go ahead due to fluctuating covid alert levels but from what I hear a few anglers still went out and weren’t disappointed with their results.

The Ahaura Hunting and Fishing Competition will be held during the Easter break, from April 1st to April 4th.

Here is the link to the entry and information website.

Fish & Game will be present at the final weigh in so feel free to come have a chat.

March is a busy month for salmon compliance.

Staff are pleased to have found that everyone has been compliant this year.

Its uncommon for noncompliance on the West Coast, with majority of anglers happy to contribute their part to the management of our resource.

Although towards the end of last year two separate visiting anglers from Christchurch and Dunedin had to face steep repercussions and now have a better understanding of our justice system when they were found to be fishing without a licence.

If you catch a salmon, especially if its fin clipped or caught in the Buller River, please notify us at West Coast Fish & Game.