The past month has seen an increase in wet weather events that have discoloured many of the region's coastal lowland rivers.

Despite this, many of the waters further inland from the coast, such as around Reefton, have been running at flows ideal for trout angling.

For those hoping to catch a salmon, rivers south of the Taramakau River all offer good prospects currently, and Greymouth locals shouldn’t overlook the Grey River as a handy spot to catch one either.

Make the most of late season opportunities

The summer and early autumn have gone fast, and it’s not long until many of the upper river sections close once again for the winter months.

Many catchments on the West Coast have transient trout populations moving well up through the system towards the upper reaches later in the season.

After a settled early summer, many trout will be in excellent condition prior to spawning, so make the most of the opportunities to fish for these before the season ends. 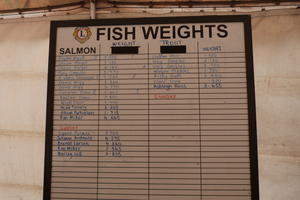 Salmon fishing has really picked up over the past month, with a pleasing catch rate for those anglers targeting the lake fisheries.

Those that participated in the South Westland Salmon Competition caught several good fish between them and had a great weekend in general.

The fin-clipped hatchery contribution has been a very apparent addition to the overall salmon numbers caught this season, with up to fifty percent of those caught being of hatchery origin for many anglers.

Over the past few seasons local rivers have fished well late season, and this appears to be the same again this season, as the river fisheries have been producing more salmon in the last week or two.

Back country angler survey on way

Anglers that hold a West Coast Backcountry Endorsement for the Upper Mokihinui and Karamea Rivers will again receive a survey invite at the end of this season.

For Fish & Game, replies provide useful information from the anglers using these catchments.

It offers anglers the opportunity to supply information that will play an important role in the future management of these fisheries.

If you fished these waters in the 2017-18 season we'd be grateful if you can fill out the survey.

If you held an endorsement to fish these waters but didn’t make it there this season, this is also useful information for staff when estimating fishery usage.

The more survey returns we receive, the more reliable the data.

Staff and honorary rangers moving between dive sites and preparing for compliance checks in the West Coast back country, March 2018. 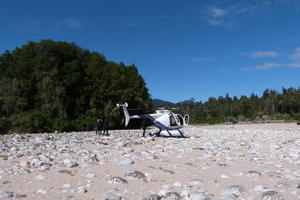 Staff used a window of fine weather in mid-March to complete dives of the Mokihinui River in the North and South branches, dives in the upper reaches of the Karamea River, Grey River and the Inangahua River at Blacks Point.

Results have been pleasing for the most part, with particularly good numbers of small and medium trout noticeable in the Grey River near Waipuna.

This would be a great section to take some junior anglers at present with the high abundance of medium classed trout.

Spin fishing this area with a rapala, black and gold toby or Veltic-style lure should produce a few feisty browns.