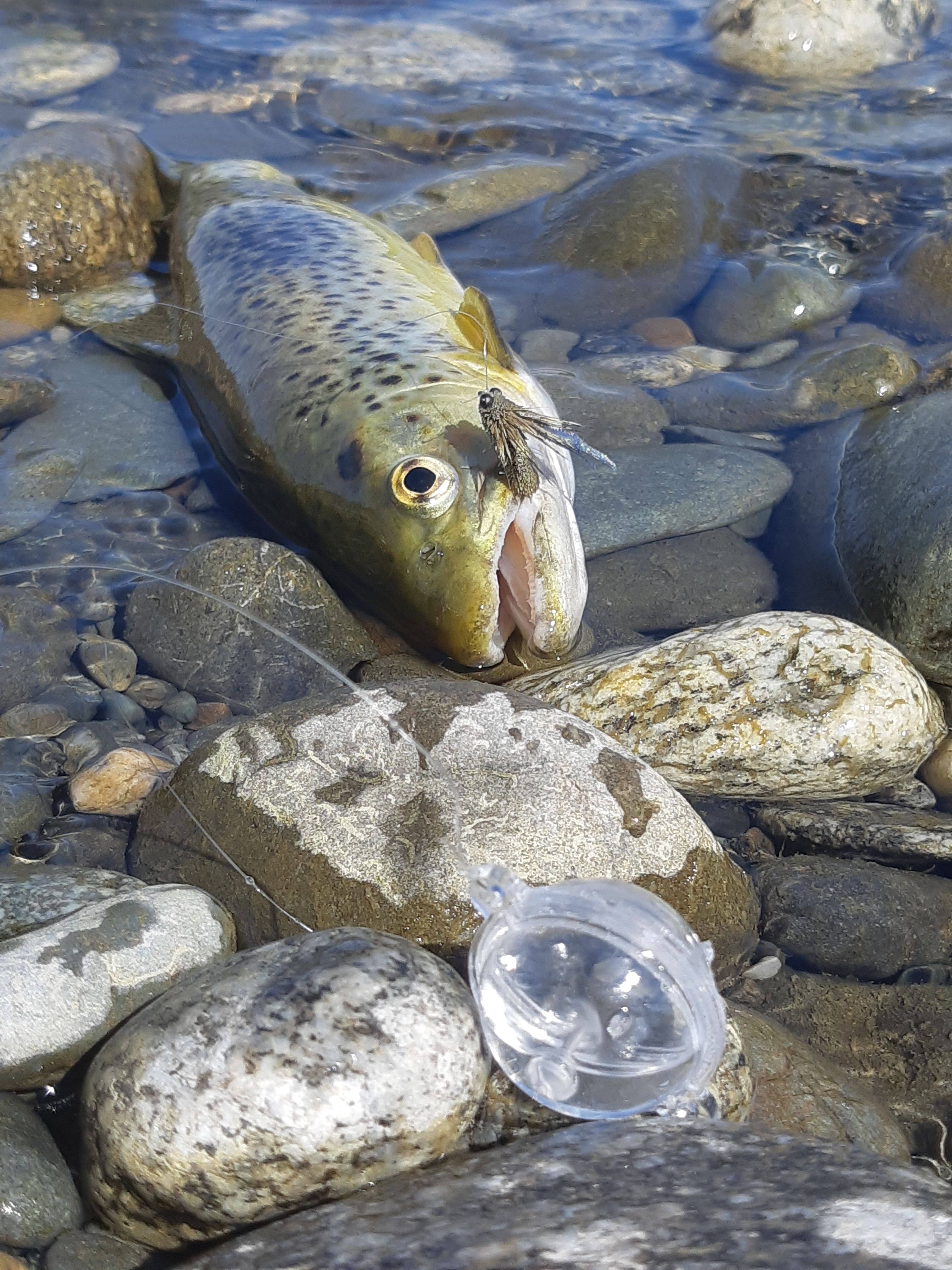 Surface action all over West Coast

The cicadas are well and truly out in force now - a walk through any forest leaves you unable to think from all the racket these noisy insects make.

For me personally, it just sounds like great fishing, as you know that when they're so abundant, trout will be very active and holding close to the surface.

Positive reports have been coming in with this terrestrial season shaping up to be a lot better than in previous years.

A tip that I recently heard, I’m sure many spin anglers will be keen to hear, is that you can effectively fish cicada fly patterns by putting them on with a float.

I tried it myself, as it seemed very plausible that if you fish a water-filled bubble float with a couple foot of 6lb line tied to a big cicada pattern, you’re going to get trout tugging on your line - which was exactly what happened.

Above right: The cicada and float combo producing the goods. (Photo Baylee Kersten) 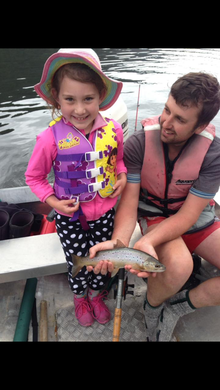 Heidi Newcombe making the most of her school holidays with uncle Regan Anisy (Photo Karina Anisy).

I would even go as far to say that it’s probably more effective for fishing difficult eddies and currents, as you don't have the same drag issues as anglers with fly lines.

You can sight fish the cicada itself or watch the float but make sure you wait a second or two before striking when the fly's taken by trout.

Timing this to perfection comes with experience, so get practicing!

Bearing this in mind, whether you're a spin rod or fly rod fisher, make sure you do get out in coming weeks, as there are opportunities for all types of fishing styles as there's no shortage of trout food.

You don’t want to leave it too late and miss out on all the exciting surface action.

Dust off the salmon gear

The salmon season has finally arrived - mid-February is when the large schools begin to start move up our West Coast rivers and the odds of catching one really start to climb.

The odd early fish will be already in some of our river systems and lakes, with plenty of rumors all readily circulating.

But any decent-size fresh from now on will mostly likely result in fresh salmon so fingers crossed for lots of them!

The secret to West Coast salmon fishing is simply finding the fish.

With the runs not huge, there will be pools you’ll fish and the only thing you'll hook will be snags.

So, the key is to maximize your odds by being selective about your water and target areas where salmon are likely to rest, which means deep holes.

The next thing is you’ve must ensure you get to the bottom of these deep holes with fishing gear that's heavy enough.

Salmon don’t come easy, but if you do put enough time in and follow the first two steps you're likely to be rewarded.

I strongly encourage anyone who's successful, especially if the salmon is fin-clipped, to please let us know at West Coast Fish & Game.

This is so that we can see if salmon enhancement work is resulting in returns to licenceholders, as this is the only way of measuring success other than by spawning surveys.