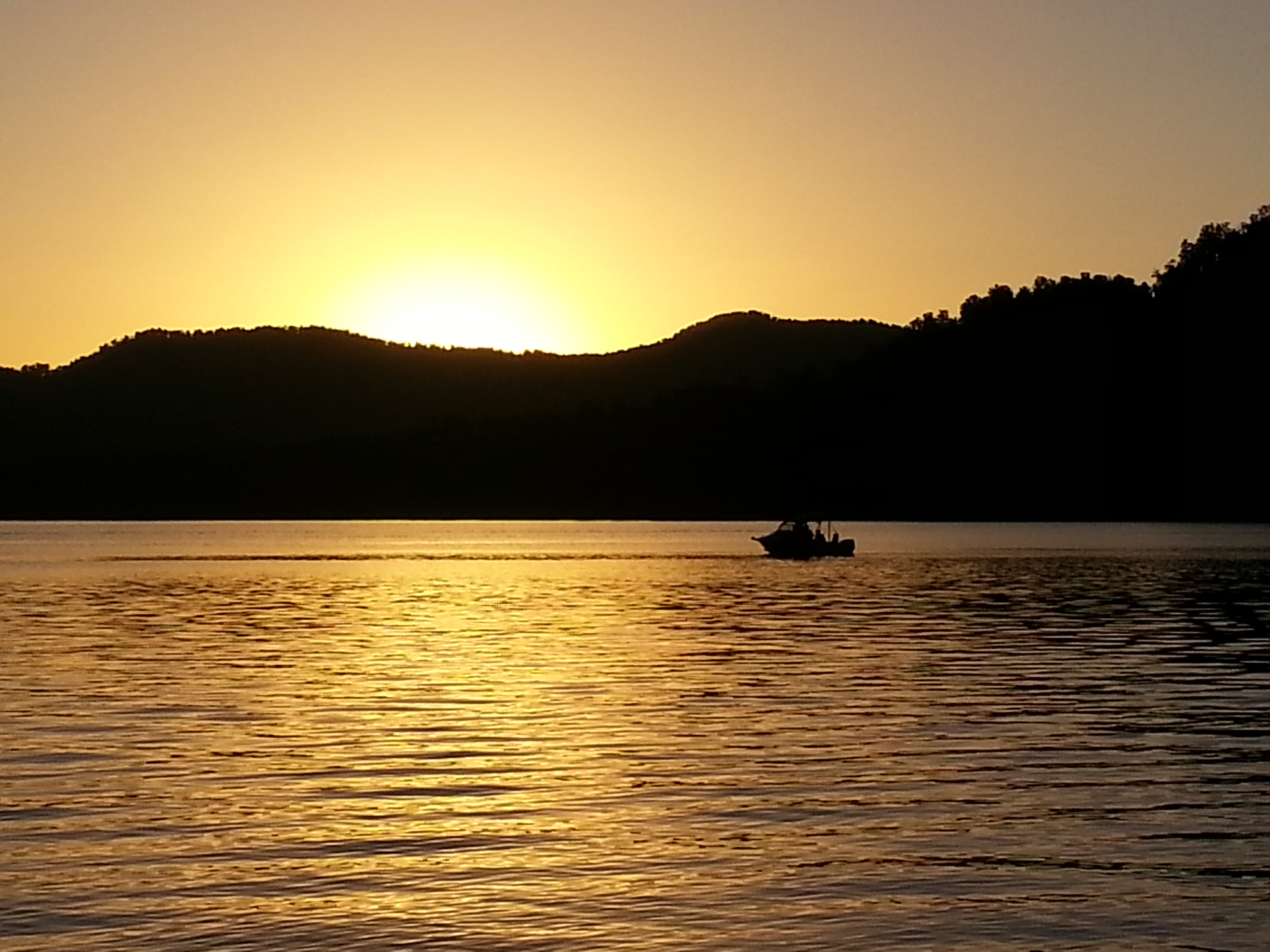 Despite a few rain events during February, in particular flooding from ex-cyclone Fehi, river conditions have been relatively good over the past month.

The streams and rivers in South Westland were hit hardest by the Fehi event.

We've been fortunate up until recently, in that there have been few damaging flood events this season, and anglers have reported seeing high numbers of juvenile trout in many streams following the stable summer conditions.

There are also more fish in sections of some local rivers that often don’t hold many.

Autumn usually provides plenty of warm settled weather for the West Coast, so expect some of the best opportunities for productive fishing still to come, for both trout and salmon.

Salmon, fresh from the sea

In the past few weeks several salmon have been caught locally.

Now's the time to be out targeting them.

We've had a few freshes from rain in the last week or two, and as flows drop back again from these, expect increased numbers of fresh silver sea-run fish in the rivers.

The south Westland lakes have already been productive, while the Taramakau River, and rivers south have also begun producing fish, with fin-clipped salmon among those being caught.

Last season there were a few late flurries of fish in the likes of the Hokitika River, so make sure you fish well into autumn, where regulations permit.

Please note that we are still interested in hearing if you catch fin-clipped salmon. Details of length, weight and male/female are all useful.

We are also interested in taking otoliths from these fish, so if you're happy to store salmon heads in your freezer until we can pick them up, that would be very welcome. 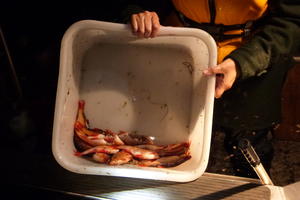 This season we've have had reports of increased numbers of rudd present in Lake Ianthe, both from anglers and Department of Conservation staff who carried out rudd eradication last November.

DOC is currently reviewing its approach to rudd control in the lake in an attempt to make it more effective.

It’s likely that the increased water temperatures this season have favoured rudd spawning.

Amid concern over rudd numbers, the West Coast Manager included a lake survey in this year’s work programme to investigate the condition of trout, to see if they had maintained condition with competition from rudd.

From those trout sampled, there were many in excellent condition, and rudd appeared to have had little effect on the condition of the trout.

We will remain vigilant to the risk, as indirect influences from an increase in rudd numbers may take some time to show.

It appears that the trout have fed on the juvenile rudd to some degree, but not at a high enough level to restrict their population. 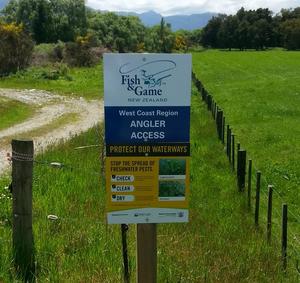 While on the topic of pest fish, it's a good time to remind ourselves of the need to clean boats and gear used in both the lakes and rivers.

It’s been some time since didymo first arrived, but the message hasn’t changed.

Left: The CCD message spelled out on a Fish & Game sign.

And it's not just didymo that we want to stop spreading, but other pest species which already exist.

Lake weed, or Lagarosiphion, is one of those species already present in popular lakes such as Paringa and Ianthe, and it remains a threat to many other waterways.

We also have the continual threat of new pest species, so keep up your good habits of cleaning the boat and your other gear when you come off the local lakes or rivers.

We know prevention is better than cure. At present West Coast rivers and lakes are a superb resource, with clean water and relatively few pest species, so let’s keep them that way!

The South Westland Lions Mapourika Salmon Competition is coming up; it will be held on the 3rd and 4th of March.

The Ahaura Hunting and Fishing Competition will be held during the Easter break, from March 29 to April 1.

Both competitions are good community-based events with an emphasis on getting young anglers involved.