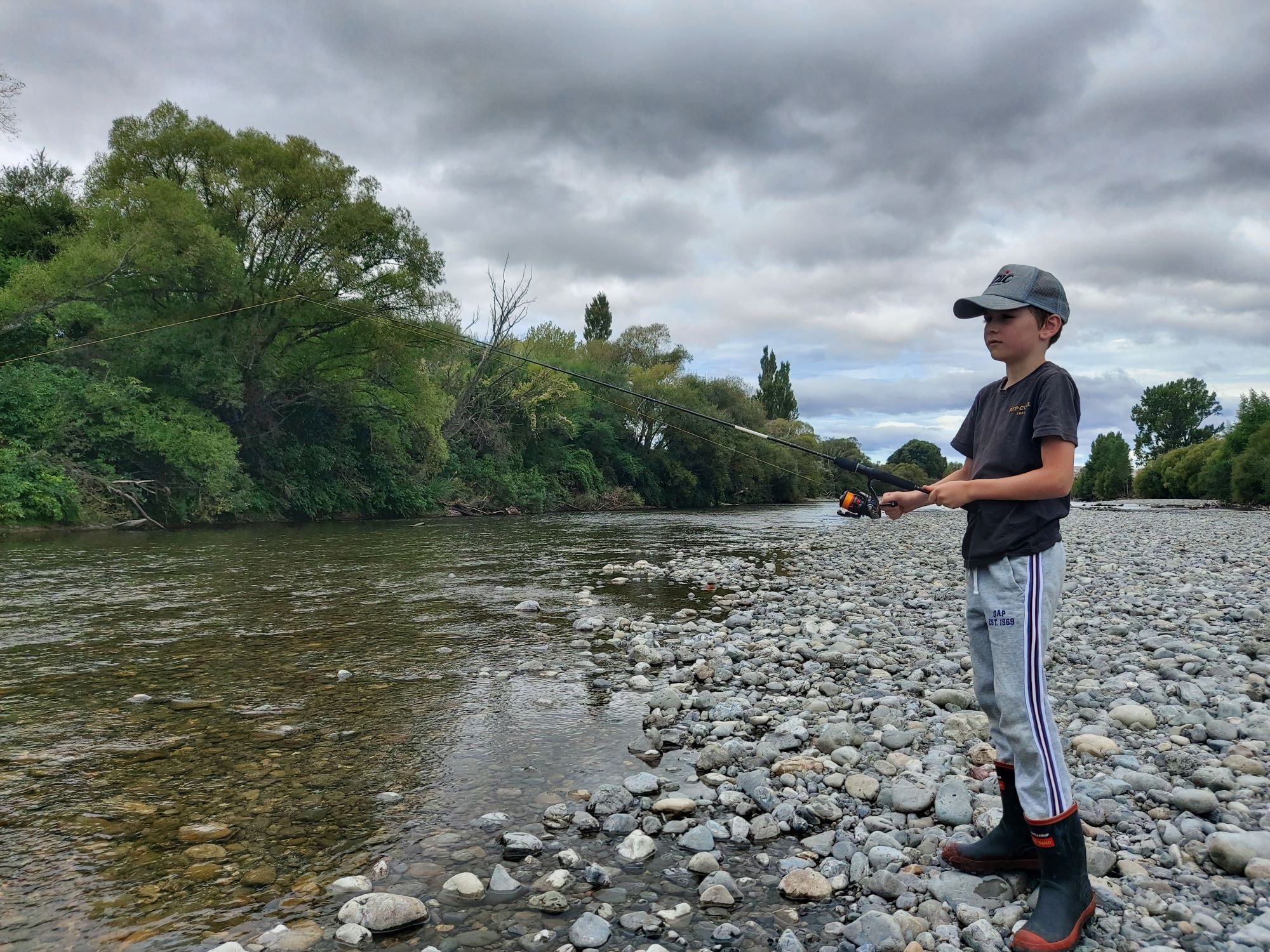 Plenty of rain overnight has unfortunately left most of our rivers running large and dirty, and still coming up at time of writing.

The only good news to take from this is that the rise in river levels, cooler temperatures and shortening day length will see fish starting to run, meaning early next week could be a prime time to target the tributaries and confluences to intercept early spawners.

Our 'Tip of The Week' below has some ideas on how and where to target trout as the move into spawning mode.

As for the fishing this weekend, the rain has gone through but given the size of the large mainstem rivers, it's looking like the smaller waterways are the best bet.

Don't fret though because there's still plenty of time to get amongst the action before the main season ends. And with such prolific bug life and food still around for the trout, you can guarantee that plenty more good fat fish are going to be there for for the taking before April 30 rolls around.

Remember also that rivers can clear surprisingly quickly at this time of year with the dry ground helping soak up a lot water, so keep an eye on the flows if you've got the itch to head out early this weekend.

The Hutt, Akatarawa and Pakarutahi are high and dirty. There's an outside chance the smaller of the rivers might be fishable by Sunday, otherwise take a sicky on Monday because the weather and rivers will be set up perfectly.  " 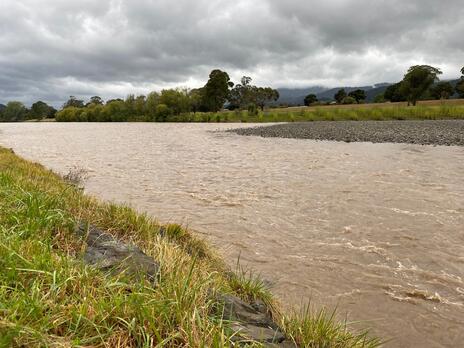 The Hutt River at Heretaunga this morning (Credit: Steve Doughty)

Big brown river on the Kapiti Coast mean fishing is probably going to be off the cards for the first half of the weekend. at least. The Otaki, Ohau and Waikanae are unfishable today and will likely remain that way for several days while they clear extra flow. 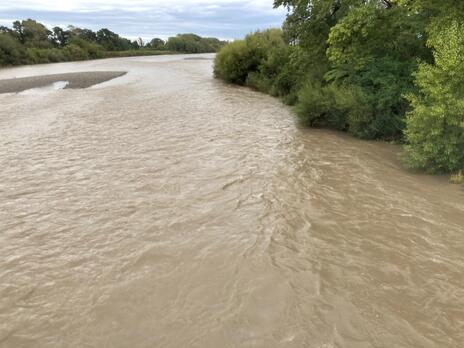 The Otaki River at SH1 this morning (Credit: Phil Teal)

The Ruamahanga is raging at time of writing, swelled by plenty of rain coming down from its headwaters and also fed by the very large and dirty Waiohine and Waingawa. The Tauherenikau is also clearing plenty of rain and will likely be out of commission for several days. 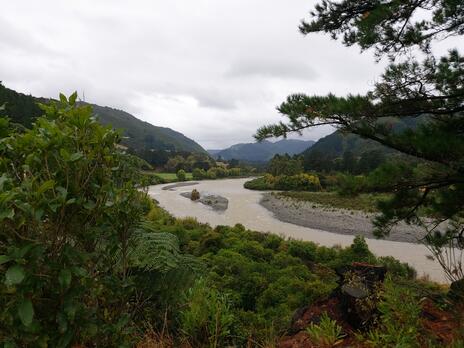 Don't be deceived by the shot below of the Manawatu River - the fresh from last night's rain is still working its way down through the system so the water will dirty up a lot more over the next few hours. The Pohangina and Oroua are just starting to colour up at time of writing; the Mangatainoka is already in spate but because its headwaters received the rain first, it will clear earliest. Otherwise, look to the Manawatu tribs out east as an option. 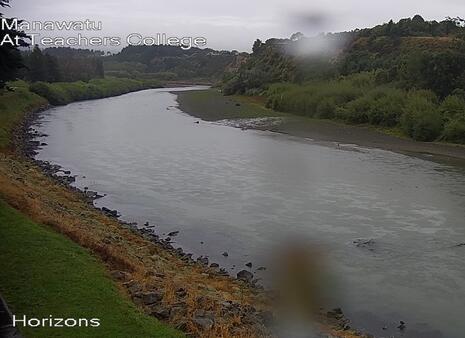 The Manawatu River at Teachers College this morning (Photo: Horizons)

As with the Manawatu, don't be fooled by the image of the Rangitikei below - the fresh is coming! It is colouring up quickly at Pukeokahu meaning there's a heap of dirty water on its way down the mainstem. And with more rain and thundery showers forecast for the next 48 hours, it looks like a washout for angling in this part of the region. 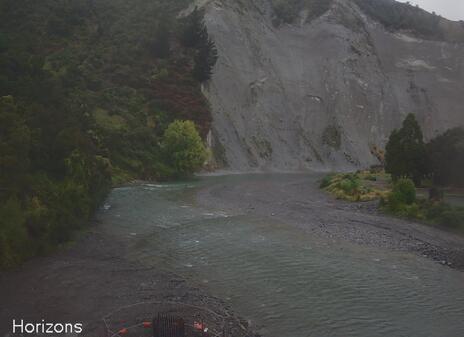 Tip of The Week - Confluences Are The Hotspots

The cooler evening temperatures and shorter days we're now experiencing are some of the environmental cues that signal to trout spawning time is approaching.

Subsequently, trout should soon be starting to move towards their natal spawning streams.

You might notice fish starting to school up, chase each other around instead of feeding, and getting more aggressive and territorial. These are all indications that they're moving into breeding mode.

Often the fish will hold off running into the shallow and narrow spawning tributaries until the last minute - this is a survival mechanism because the smaller waters leave trout susceptible to predation with less cover to seek refuge.

The result of this delayed run to the headwater streams is often large congregations of trout forming at confluences.

These fish can seem tricky to catch as they are more interested in chasing each other than feeding.

However, because they are increasingly territorial, they will often snap at a large streamer fly or spinning lure out of aggression.

The preoccupation with other fish also means you can sneak in really close without the fish spooking.

Next time you're out on the water over the coming weeks, be sure to keep an eye on any confluence waters - you might strike it lucky. 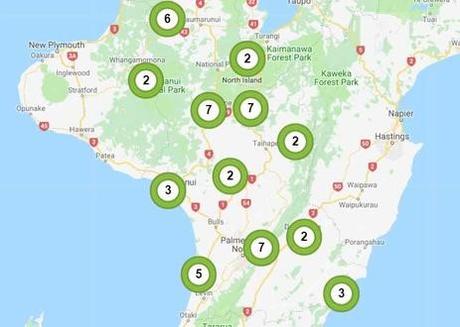 Email Wellington Communications and Field Officer Hamish Carnachan if you'd like any fishing or freshwater-related items posted to this noticeboard.

​*This report was accurate at time of writing - For your safety please ensure you check the latest weather and river flow information before you head out on the water.