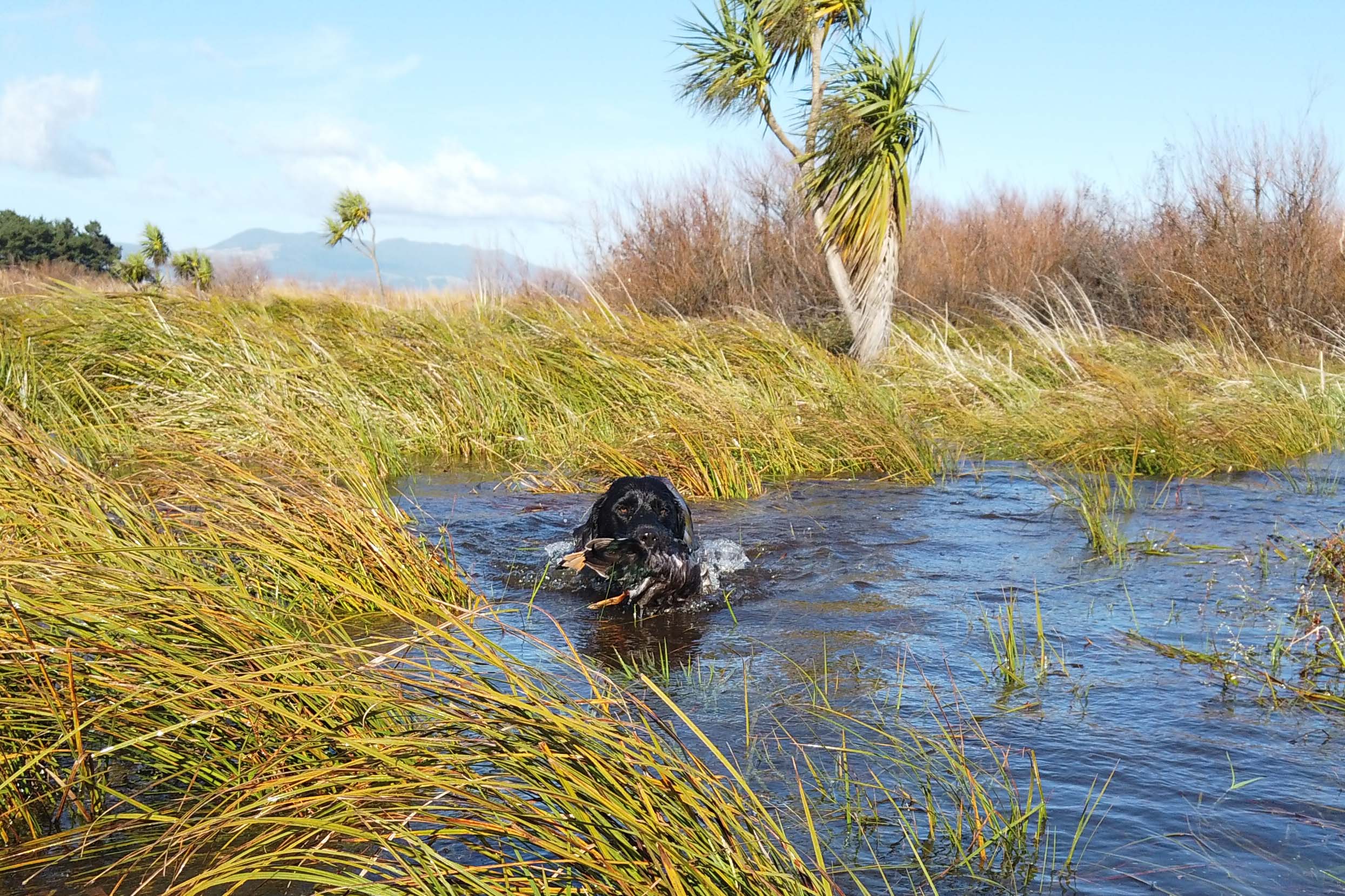 Right: Ash with a retrieve on a windy Wairarapa day earlier this week (Photo: Hamish Carnachan).

Another major weather system due to hit the lower North Island tomorrow should stir the ducks up again for hunters over the weekend.

Reports of tough pond shooting have come in from the high country around Taihape but the big water further south produced very well over Queen's Birthday with the strong front followed by shifting winds.

We've got a similar set-up this weekend with a gale southerly tomorrow and then strong nor-westers... just perfect for keeping the birds guessing and on the wing looking for shelter.

With only a few more weeks left in the season, please make the most of the great conditions and get into the action.

Grab a mate who hasn't been duck shooting, grab a day licence and go have some great hunting!

Here are the prospects:

Check out the latest rain forecast. 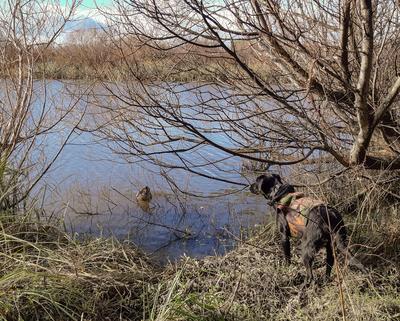 A couple of decoys tucked under cover can work much better then a complex spread (Photo: Hamish Carnachan).

As the season wears on and the ducks get increasingly cagey, it's time to rethink your hunting strategy.

Chances are (unless you've got some really naive birds around) the large and complex decoy spreads that worked on Opening Weekend and earlier in the season are going to scare more ducks than they draw in.

If it 'aint lifelike, it 'aint going to work.

A couple of option for targeting decoy-shy ducks include:

1. Use fewer decoys - The large mobs have generally broken up by now and birds are evening pairing up. Less is more later in the season!

2. Deploy 'fully-flocked' decoys - These are way more realistic with a covering that is matt like feathers... but they're also way more expensive.

3. Put your decoys under cover - Many ducks are so gun/human wary they're now seeking cover such as under willows. A couple or four decoys strategically placed under overhanging vegetation so they are just fractionally visible can be great for drawing birds into range as they circle for a closer look.

4. Ditch the decoys altogether - One of my favoured forms of hunting (because its easier not lugging gear around) is to locate a good flight-line, hide in cover and call birds into range as they pass.This works remarkably well and decoy-shy ducks will come in much closer on a good call than they will if static decoys are out.

5. Jump shoot ponds and creeks - Go to the birds rather than try getting them to come into you.

Factors For A Good Duck Pond?

What makes for a good duck pond?

Well, that's not a simple question to answer but, for the sake of brevity, here are three key factors that certainly help and things that you should look for when selecting somewhere to shoot or develop as a waterfowl hunting spot. 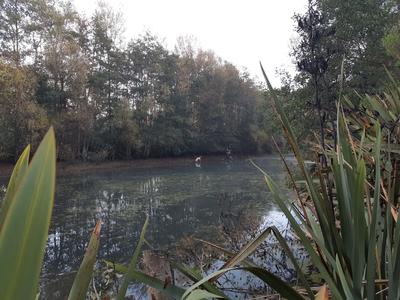 This well managed Wairarapa pond is not overshot and consistently produces good hunting as a result (Photo: Hamish Carnachan)

Pretty simple but ducks need to find the pond.

If it's on or near a major flight path - such as a river or adjacent to a larger water body- more ducks will drop in to feed or use it for refuge.

Forget about ponds that don't service a flight path as these will generally only hold itinerant birds and if you shot it too often it will become barren.

The optimum depth for dabbling ducks (like mallards) to feed is less than 60cm. Any deeper and the pond is only providing the birds are haven to rest and roost.

Feed draws birds in for longer, and brings more ducks in too.

Ponds that can be drained and re-flooded, or are naturally ephemeral, are far more productive as the water level fluctuations boosts food availability and growth.

Some landowners get an ego boost out of the number of ducks shot on their ponds... Warning: Stay Away!

I started out my duck hunting on one such pond and it was interesting to see how quickly the bird numbers plummeted as the season wore on and the demands from the landowner for more shooting increased.

After a while it just wasn't pleasant and, more to the point, it wasn't productive. 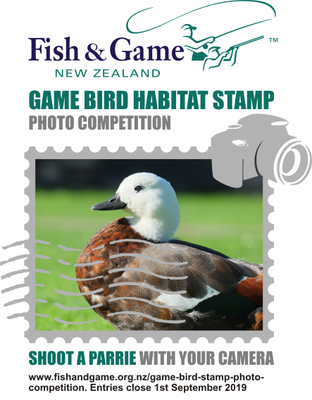 For more information about the competition and entry forms, click here.

Just a reminder to hunters that you must have a current vehicle sticker and Lake Wairarapa Hunting Permit to access the JK Donald - both are available from Wellington Fish & Game's office by calling (06)359-0409.

You must also obtain the landowner's permission. We can provide contact details when you apply for your sticker and permit.

*This report was accurate at time of writing - please ensure you check the latest weather information before you head out.