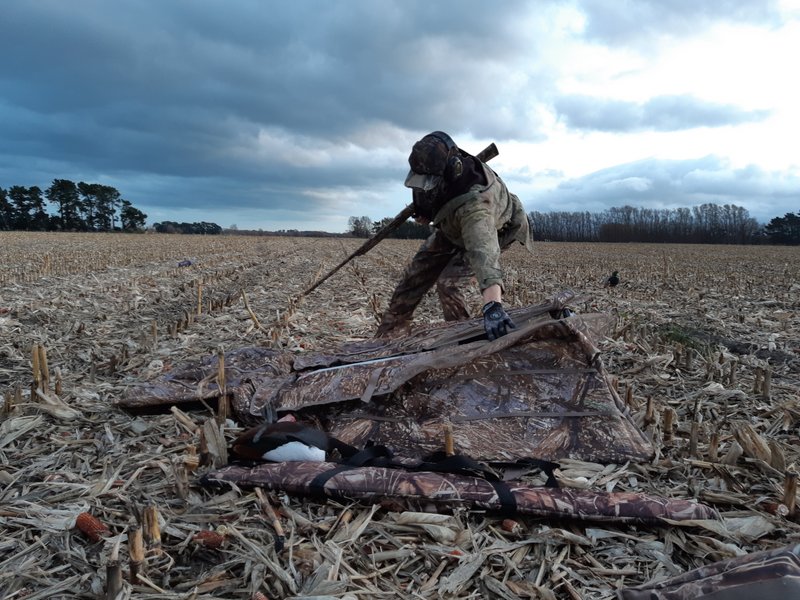 It looks like some pretty good waterfowl hunting conditions are coming our way, so make the most of it with only three more weekends left in the season to chase ducks.

While the mallards are usually pairing up at this time of year as the large mobs disperse, the huge amount of rain dumped on the region recently has kept some big groups together as they focus their feeding on very flooded pastures and are forced out of their river refuges.

The normal daytime haunts - like the larger lakes - may still be holding plenty of birds but their evening movements are quite different as they head to alternate feeding grounds.

Have a think about where these feeding areas might be, and select flight lines to intercept them. Also, if you notice a paddock covered in parries and mallards as you drive around, politely ask the landowner if you could set up for a morning or evening shoot - most farmers are quite reasonable and accommodating.

It shouldn't be too hard to find the birds and where they are moving to, so if you put in a little effort you'll reap the rewards.

Here are the prospects for the weekend: 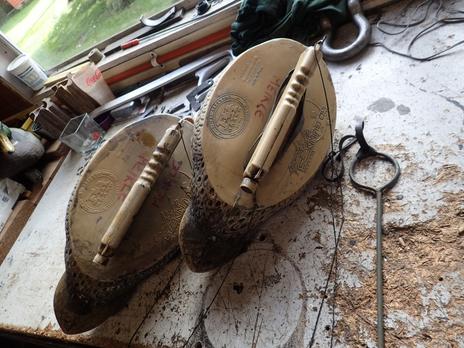 Following is a popular set-up for rigging decoys on big water, such as Lake Wairarapa which has shot very well for some this season.

As the lake bed is quite firm, weighted decoys don’t hold position in the particularly strong winds the lower North Island is subjected to.

Consequently, successful Lake Wairarapa hunters use a peg system. The 6mm gauge steel pegs are approximately 300-400mm long, with an closed circular end. A 6mm metal peg with a chain link welded on the top will suffice.

A double-decoy system is used on each peg.

Most Wairarapa hunters use very strong mono fishing line (100lbs plus) and tie this onto one end of the decoy and make a loop at the loose end – often using crimps rather than tying. The loops at the loose (peg) end are about 80-100mm long.

To set up the double-decoy system, just thread one decoy loop (no.2) through the other decoy line (no.1), so the no.2 decoy floats behind the no.1 decoy. The no.2 loop should tighten at the keel on the no.1 decoy.

Push the peg into the lake bed by hand or by foot to lock it into place. To remove, just vertically pull on the no.1 decoy line which will lift the peg out.

Dismantle the rig system the opposite way to setting it up. No more free-swimming decoys on windy days!

1. TREAT EVERY FIREARM AS LOADED

- Check every firearm yourself.
- Pass or accept only an open or unloaded firearm.

2. ALWAYS POINT FIREARMS IN A SAFE DIRECTION
- Loaded or unloaded, always point the muzzle in a safe direction.

3. LOAD A FIREARM ONLY WHEN READY TO FIRE
- Load the magazine only after you reach your hunting area.
- Load the chamber only when ready to shoot.
- Completely unload before leaving the hunting area.

4. IDENTIFY YOUR TARGET BEYOND ALL DOUBT
- Movement, colour, sound and shape can all deceive you.
- Assume colour, shape, sound, and shape to be human until proven otherwise.

5. CHECK YOUR FIRING ZONE
- THINK! What may happen if you miss your target? What might you hit between you and the target or beyond?
- Do not fire if you know others are in your firing zone.

6. STORE FIREARMS AND AMMUNITION SAFELY
- When not in use, lock away the bolt, firearm and ammunition separately.
- Never leave firearms in a vehicle that is unattended.

7. AVOID ALCOHOL AND DRUGS WHEN HANDLING FIREARMS
- Good judgement is the key to safe use of firearms.

​*This report was accurate at time of writing - please ensure you check the latest weather information before you head out.