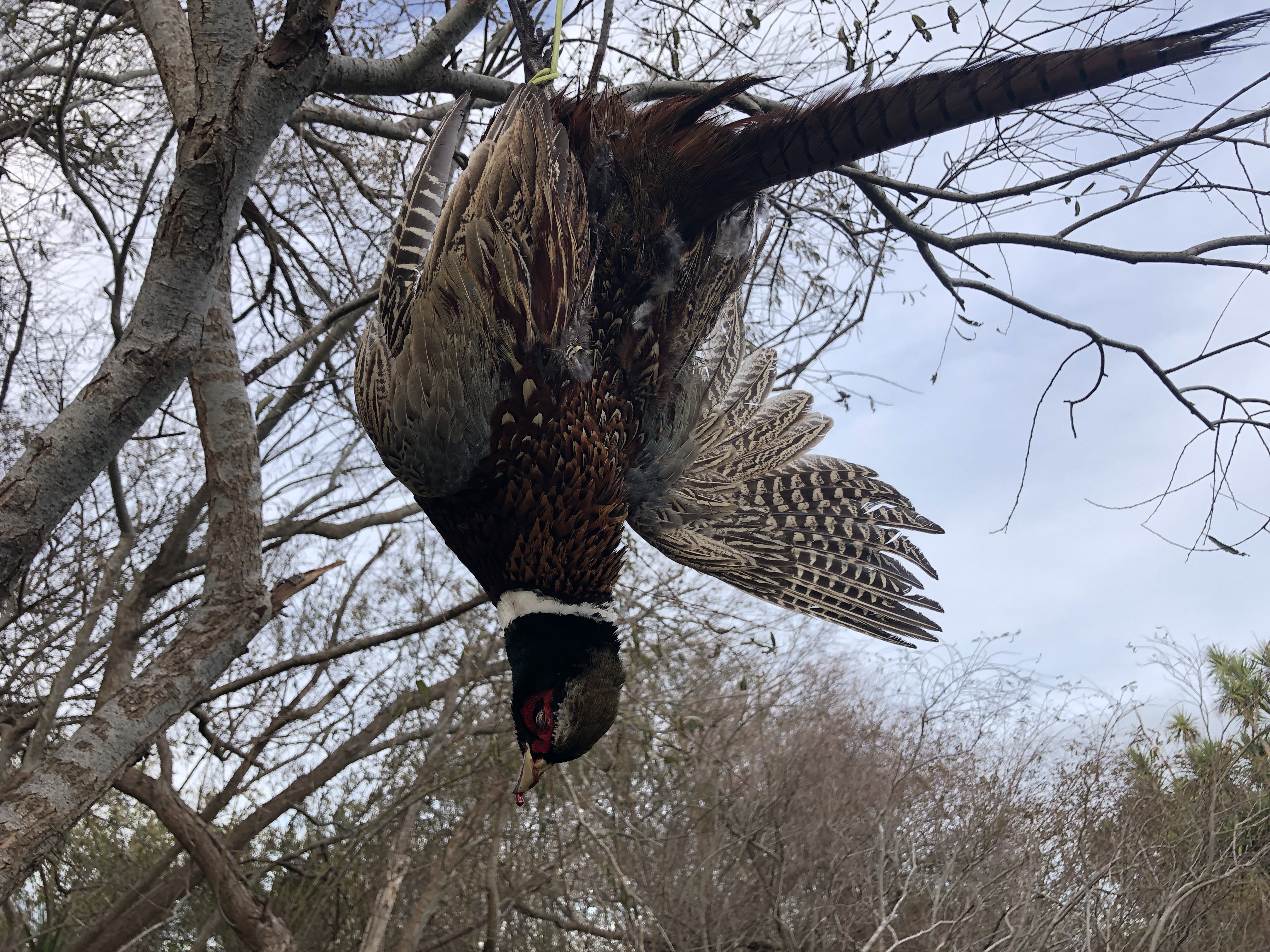 It seems the lower North Island has unfortunately been becalmed.

The forecast unsettled weather for the latter part of the long weekend never eventuated, and we face more benign conditions this Saturday and for most of Sunday too.

Fair to say the duck hunting has been slow of late in most parts of the region as a result, with birds hunkered down and simply not flying.

Big rafts of mallards were seen yesterday out in the middle of Lake Wairarapa and along the western lake edge; lots of ducks are also holding on the exposed sand banks out in Lake Onoke (Lake Ferry), which is incredibly low.

Clearly the ducks are staying put where they feel safe and a good blow is needed to shift them!

A dearth of waterfowl weather hasn't deterred hunters though, with many making the most of the sunny skies and light winds to stretch the legs and chase upland game.

If that is not an option, perhaps consider some jump shooting wetlands and farm dams this weekend (we've got some tips below).

There are only three more weekends before the main waterfowl season ends so make the most of it despite the conditions - you might be surprised by your success.

A high pressure system parked over the North Island means calm conditions for most of the weekend.

It isn't until it moves off east into the Pacific, and another low in the Tasman Sea is drawn west creating a northerly flow, that the weather will offer anything to duck hunters - that's forecast to be around late Sunday.

Rain and shifting winds early next week will hopefully get the ducks on the wing again, so plan for some evening hunts after work. 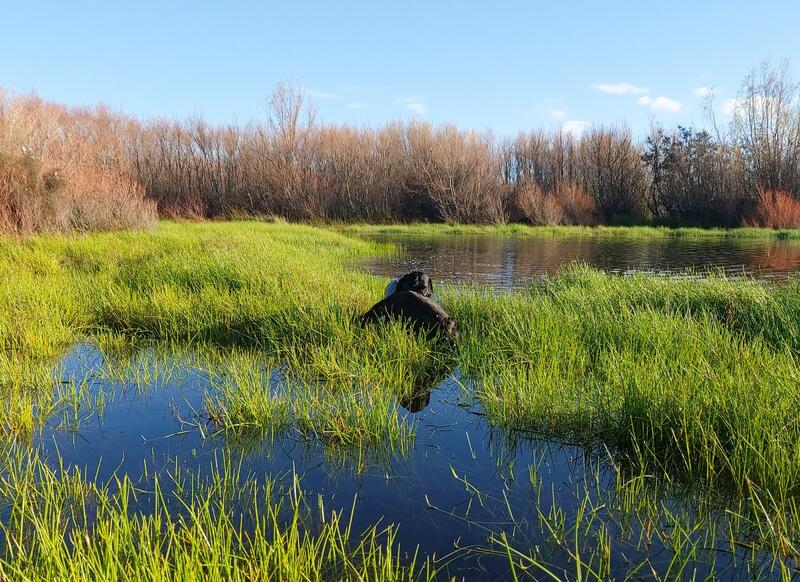 A swan 'jumped' from a quiet backwater in a wetland complex (Photo: Hamish Carnachan)

At a recent Wellington Fish & Game Council meeting I was discussing the current season with a licence holder who commented that, despite some excellent mallard numbers and great hunting in May, the birds have "stopped flying" in recent weeks.

The calm weather has certainly meant that ducks have not had to move, and are likely tucked up in little safe spots and/or flying at night... After a month of hunting they're pretty wise now!

While not every hunters' cup of tea, jump shooting during these lulls can be quite productive, and at the very least it gives hunter and dog a chance to stretch their legs.

If you're lucky enough to have access to a farm with several dams or watercourses, you can find some great shooting by quietly stalking these.

At this stage of the season mallards are often paired up and these secluded possies on farms offer great refuge.

Alternatively, the larger rivers harbour lots of ducks mid- and late-season. Again, quietly stalking the edge along the willow-lined banks will produce birds.

And even if several get out ahead of you before you're in range, invariably there are one or two ducks that will hold longer before taking flight so it pays to always be prepared for these when they bust from cover.

Carefully creeping through wetland complexes with plenty of flooded timber is one of my favoured forms of jump shooting. There is always plenty of cover for both birds and hunter and when both come together there is a flurry of up-close activity that makes for really exciting reflex hunting.

On a recent outing, as well as bagging the swan pictured above, Ash and I also took four mallards for just an hour's effort.

The first drake was only only a few metres from us when it burst into the air from a mere puddle of water hidden by tight cover. The shot that brought that bird down put others from surrounding potholes up and, through clucks and single calls, I was able to bring others into range as they circled overhead.

Presumably the tight timber confines of the wetland muffled the shot or made it hard for the ducks to locate where it had come from, and as a result they still felt safe enough in that environment to commit back in.

The take-home message here is pretty simple. If the birds aren't in the air, make them fly.

Jump shooting is a great way of getting more hunting out of your season and provides its own set of unique challenges as well distinct leaning curves.

So, instead of giving up when the weather doesn't play the game, jump to it!

How To Hunt Lake Wairarapa

The Wellington Fish & Game team have put together a short video offering some tips on how to be successful when hunting Lake Wairarapa. Click on the screenshot below to watch. 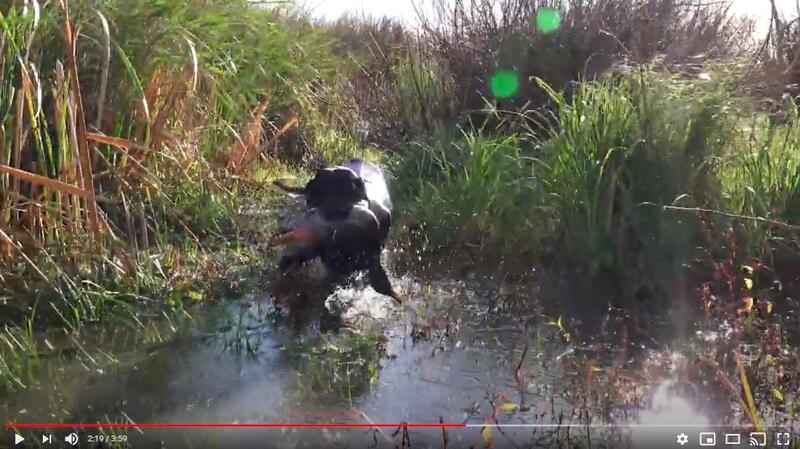 If you're interested in exploring upland game bird hunting opportunities in the Wellington Fish & Game region, please call us on (06)3590409 for info.

Harvested ducks wearing precious metal bands? Please get the info into us and play your part in the long term management of mallard population. You can keep the band, we just need some details from you. Fill in your band return info here.

From the Team at Wellington Fish & Game, happy hunting and please stay safe this season.