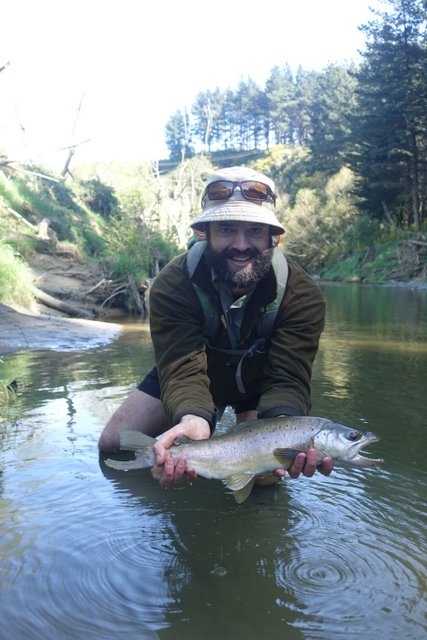 We've got another cracker weekend on the cards weather-wise so make the most of it and get out on the water...

Apart from some drizzle around the central high country on Saturday, everywhere else is looking fine. The only issue is going to be a bit of wind for some so pick your spot carefully.

So far the season has been fishing well with good numbers of fish in the newly opened reaches, and whitebait chasers in the lower parts of some of the bigger rivers - early season is great for the diversity it offers!

Rangers are going to be much more active in our region from now on so be sure to carry your licence at all times, and be courteous if you're approached by a ranger as there doing a job that is in the interest of all anglers.

There's really nothing more to say other than enjoy the weather and the great trout fishing the Wellington region is turning on.

Grab you fishing licence online the easy way here if you haven't already done so. And be sure to get our premier Full Season Licence which offers unhindered angling, unlike some of the elsser categories.

PS - An important reminder to see the noticeboard below if you are affected by Vodafone terminating its email service.

The Hutt River is looking great and should be fishing well given it's falling from a recent fresh. The northerly might create some problems for upstream anglers so perhaps poke your nose up some of the smaller tribs where good numbers of trout are being seen.

The Otaki is carry a bit of spring flow but dropping all the time - It's been fishing slow but that's the norm for this river and it shouldn't be far off firing. Look for whitebait chasers in the lower reaches. Otherwise the other Kapiti Coast rivers are all looking great for tomorrow and Saturday. Just a bit of wind to contend with.

The Ruamahanga has been running high for so long but is edging back towards fishable flows. The real action in Wairarapa, though, is in the tribs at this stage of the season. Go for a look up some of the smaller streams and be prepared for some fun, technical angling in tight conditions.

The Manawatu is still carrying some milky sediment right above Hopelands so it may be best to check the smaller tribs for fishing. The Pohangina flow graph looks okay at time of writing and the Oroua should be the same. The Mangatainoka is at good fishable flow and has been fishing well below the town bridge.

The Rangitikei is still struggling to clear murky extra flow again. There's a slight clear edge lower down around Vinegar Hill that might just be fishable. Otherwise head higher up where it's looking reasonably clear (though still carrying higher flow). All the lesser tribs should be firing!

Tip of the Week - Head In The Other Direction 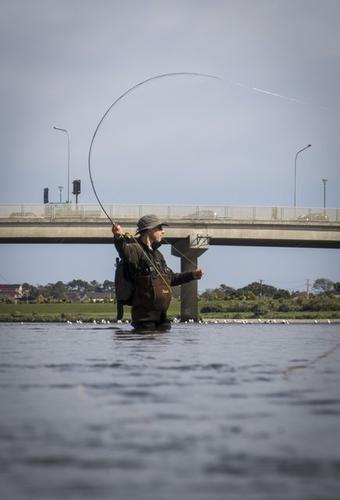 Dan Thomas hooked up on sea-run brown in the lower reaches of the Hutt River (Credit: Andrew Harding).

It seems slightly counter-intuitive to head for the bottom reaches of our rivers just as the season - and backcountry - has opened.

October through to December, however, is a great time to hit the lower reaches. Why? Well, it isn't just people who have an appetite for whitebait which are running at this time of year... No, trout love these tasty little morsels too.

Often there can be a stampede of anglers heading into the backcountry early to target trout that are fresh and haven't been fished to for months. But if you want to avoid the rush and still get into some stunningly exciting angling, head in the other direction.

There are numerous rivers in the Wellington Fish & Game region that produce whitebait runs. Fishing the estuarine areas or lower runs of these at the right time will produce results.

Tip - keep an eye out for whitebaiters. When they're around in numbers you can be sure the 'bait are running and, subsequently, the trout will likely be in on the action too.

And one of the great things about chasing sea-run trout is that the family or novice anglers can easily get into fish. Spinning is equally as effective as fly fishing - you just need any silvery flashy lure roughly the same size as the bait and you're in with a fine chance.

Video of the week

The backcountry fisheries are open with the new season and now is the time to fish them while they're fresh. Here's a short video of fly-in mission a few season's back showing the the quality of what's on offer in the Wellington wilderness. 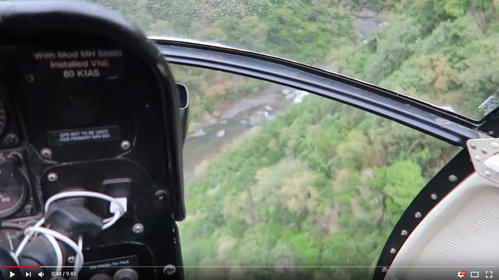 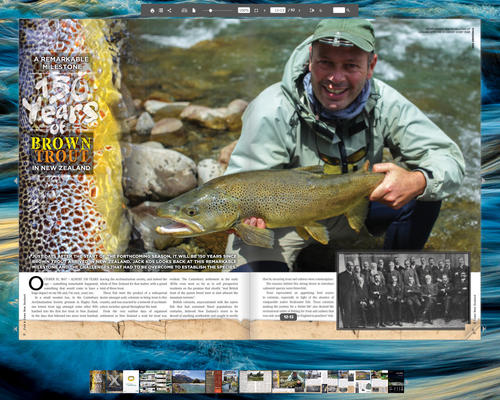 Don't forget you can read Fish & Game NZ magazine online - Click on the screen shot above.

As well as tips on tying and fishing features, you can also win some great prizes... Get someone a subscription for Xmas for just $35 and be in to win an Epic fly rod worth $1500!

Email Wellington Communications and Field Officer Hamish Carnachan if you'd like any fishing or freshwater-related items posted to this noticeboard.

​*This report was accurate at time of writing - please ensure you check the latest weather and river flow information before you head out on the water.

Posted in Weekly Report; Posted 5 years ago by Wellington