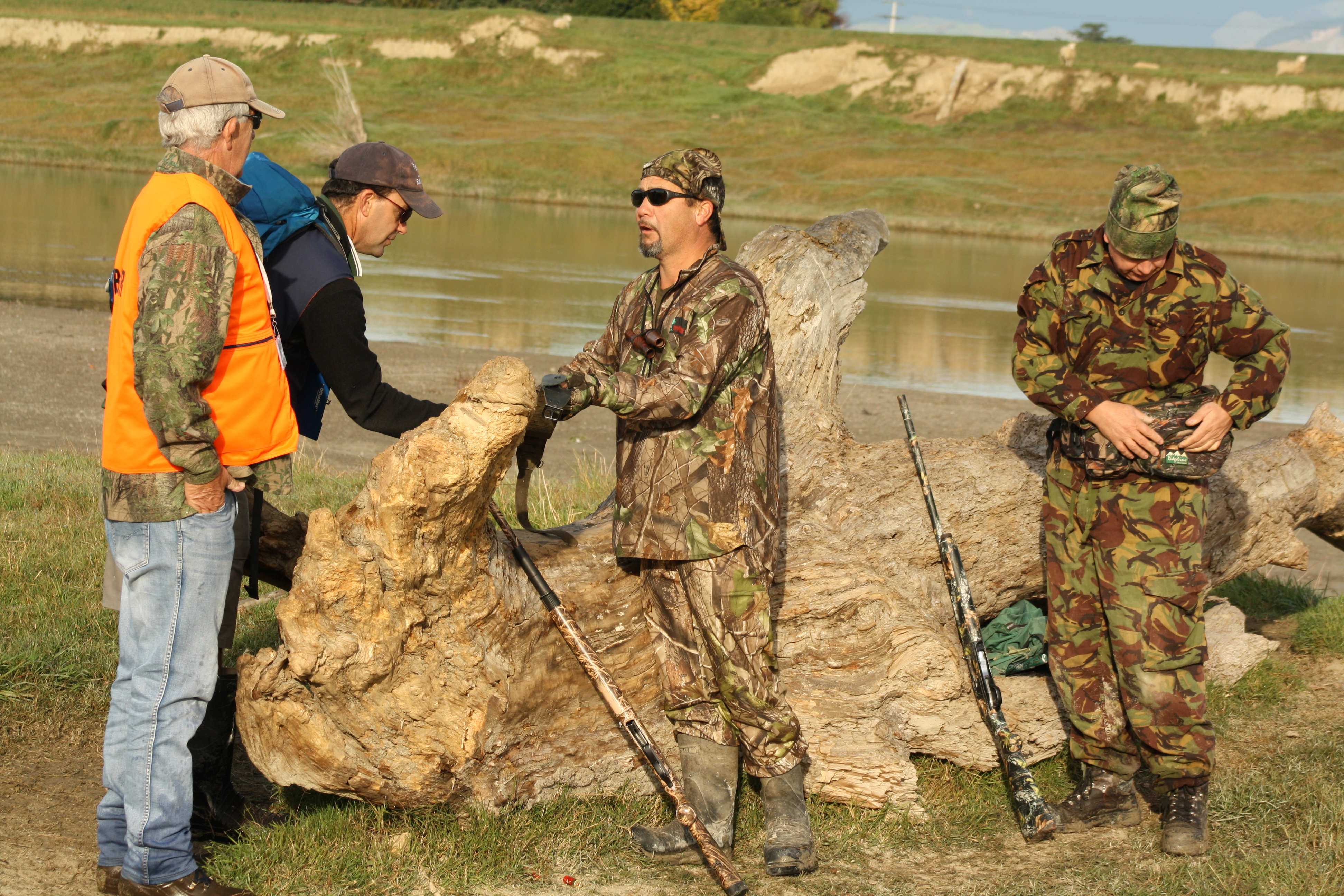 Fish & Game rangers and Police officers say “safety is the key concern” as they prepare to again join forces to check game bird hunters – especially on Opening Weekend of the hunting season (May 6 & 7).

The joint approach is aimed at educating hunters – and promoting hunting safety along with compliance with not only Fish & Game hunting regulations, but also the laws surrounding the use of firearms and ammunition that Police officers enforce.

This approach has been well received by hunters in recent years, with many taking time out from hunting to chat to Police and rangers, says Fish & Game Officer Anthony van Dorp.

“It’s a very positive inter-agency approach and can only lead to good outcomes and increased compliance and hunter safety,” he says.

Fish & Game wants to remind hunters now before the season gets underway, to remember the seven key rules of firearms safety (see below).

“In particular, leave any alcohol consumption until after hunting is finished for the day and guns are locked away.

“On a similar note, please keep the security of valuables including guns and ammunition firmly in mind.

“Even if hunters think they are well away from the public, don’t leave guns and ammunition in vehicles – take them with you. Thieves don’t need any help!”

Mr van Dorp says it is also timely to remind hunters about the supervision of hunters who don’t hold a firearms licence themselves, including junior or new hunters.

The law clearly states that the un-licenced hunter can use a firearm under the direct supervision of a licenced firearms licence holder.

“This doesn’t mean that both can shoot together at the same time.

“ The firearms licence holder must focus their full attention on supervising the un-licenced hunter, to ensure they are acting safely and carefully, so only one gun can be used at a time,” Mr van Dorp says.

In particular, new hunters should be given guidance on shooting zones, always pointing a gun in a safe direction, and taking care around the loading and unloading of them.

So what can a hunter expect when spoken to by Fish & Game and Police officers in a joint visit to a maimai?

You will be required to unload your gun, make it safe and place it in a safe position, and present your ammunition for inspection.

Fish & Game rangers will check your hunting licence which must be carried with you, and inspect any birds you’ve shot, as well as any other matters around hunting “rules and regs.”

Mr van Dorp says that Police will ask to see firearms licences, check no one’s drinking alcohol in possession of a firearm, and focus on any other issues around guns and ammunition security.

“If everyone’s doing the right thing, a visit doesn’t take long, and generally includes a friendly chat about how the day’s going and season prospects.”

While many checks are carried out over Opening Weekend, Fish & Game rangers will carry out further checks throughout the season so hunters can expect to see a ranger any time.

“It is worth repeating that most hunters are careful and are doing the right things – well done!”

Mr van Dorp says that finally, hunters are reminded to carry their hunting and firearms licences, and “check the rules and regs in the our Game Bird Hunting Guide and follow them.

1. Treat every firearm as loaded

Check every firearm yourself and pass or accept only an open or unloaded firearm.

Loaded or unloaded, always point the muzzle in a safe direction.

3. Load a firearm only when ready to fire

Load the magazine only after you reach your shooting area. Load the chamber only when ready to shoot. Completely unload before leaving the shooting area.

4. Identify your target beyond all doubt

Movement, colour, sound and shape can all deceive you. Assume colour, shape, sound, and shape to be human until proven otherwise

Think! What may happen if you miss your target? What might you hit between you and the target or beyond? Do not fire when you know others are in your firing zone

When not in use, lock away the bolt, firearm and ammunition separately. And never leave firearms in a vehicle that is unattended

Good judgement is the key to safe use

More information about firearms and outdoor safety can be found on the Council website: www.mountainsafety.org.nz.