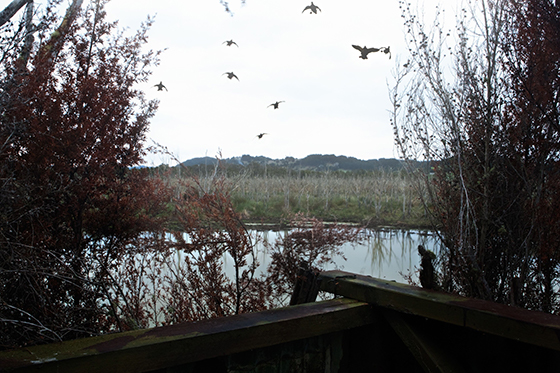 Hunters finally have the news they've been patiently waiting for – it's game on!

With the transition to Alert Level 2, the season can go ahead with Opening Weekend set for May 23, 2020.

Above: A sight every hunter lives for. Credit David Towgood

There's even more good news too – the main duck season is being extended to July 12, 2020, in the Wellington Fish & Game region.

Because of this later closing, we're encouraging hunters to 'go for green' (i.e. target drakes) towards the end of the season.

There could actually be a silver lining in all of this because, as many hunters know well, often the best waterfowl hunting weather is later in the season anyway! 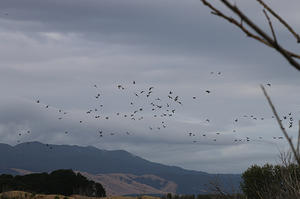 Above: Big numbers of mallards are around the lower North Island. Copyright Hamish Carnachan

What can hunters expect from this season?

Observations before we went into lockdown suggest that the 2020 game bird season could shape up to be even better than the last.

What is becoming increasingly apparent from our records is that the lower North Island, particularly the Manawatu, has a robust population of mallards and the numbers continue to trend up.

We have no reason to believe that has changed for this season.

During our parrie counts this year big numbers of mallards were seen congregating in Manawatu on any pond close to maize crops.

In Wairarapa we were also encouraged to observe excellent numbers of mallards on almost every water body we flew over, even tiny pothole ponds in the dry northern part of the region.

Hunters can also be positive in the knowledge there has been another exceptional breeding period for mallards.

The weather and feed availability allowed early and late breeding, with no major floods to take a toll on brood survival.

Over the past two or three years many hunters have been noticing ducklings both very early and late in the breeding cycle, meaning multiple broods are being reared by hens.

Given the uncertainty, and then the delays, lower North Island hunters have plenty to be excited about as the 2020 game bird Opening Weekend finally approaches. Make sure you've got your licence and are all set for the season ahead!