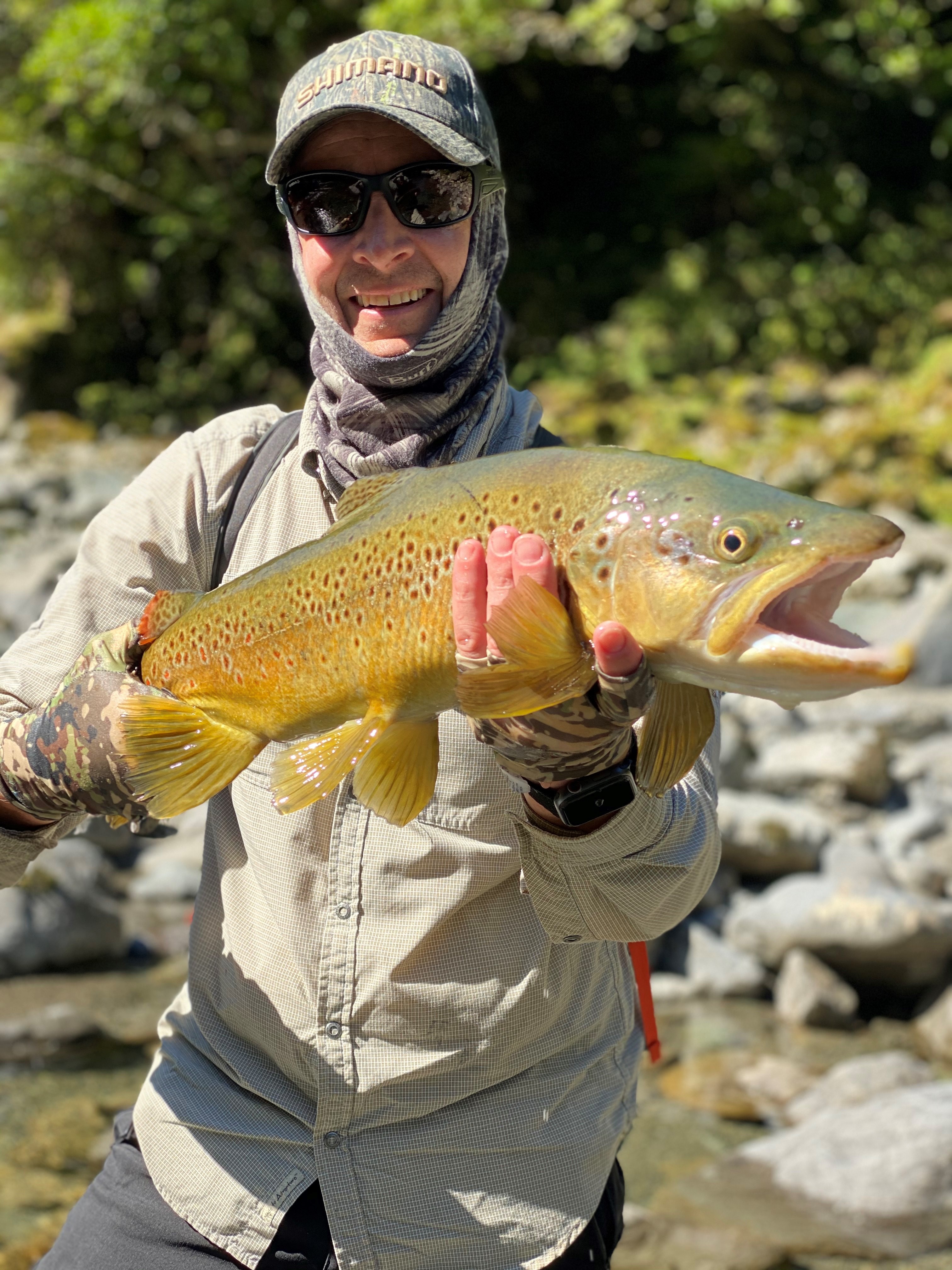 On the eve of last season we forecast that anglers could expect to see more larger trout around and that was certainly the case.

Despite the season being clipped by Covid-19 lockdown, the fishing was fantastic and some rivers, such as the Manawatu, bounced back from several lean years and produced great angling right in Palmerston North.

Likewise, the Ruamahanga turned it back on and the best fishing was at some of the most readily accessible spots.

Hutt A Stand Out

Yet again, the Hutt River was the standout though. While numbers of fish observed during our annual drift dives on the Hutt were slightly down, the condition factor of the browns was the best many of us have ever seen.

While not as profound as in the Hutt, size and condition was up in many of the rivers we surveyed over summer.

We’re not sure what’s driving this, but it is likely to be a combination of a number of factors, including several years without major floods to disturb the small aquatic insects on the riverbed, and in the case of the Hutt and Otaki possibly the reduced instream engineering for flood protection operations.

Certainly something has increased food availability for the trout to be so large and heathy, and this could be linked to the fact that there was very good run of migratory bait fish in the rivers of the lower North Island, and the mouse plague experienced over the summer and autumn of 2019 persist well into 2020.

Large prey items like mice and rats provide bulk protein for trout from the coastal river reaches to the headwaters, and estuarine fish such as herring, whitebait, juvenile kahawai and mullet offer lower-river dwelling trout an abundance of food.

From an overall perspective, our surveys show trout numbers are slightly down across the region. However, this is quite possibly a feature of the severe drought the lower North Island was in the grip of during our drift dive campaign. It is highly likely that fish haven’t simply disappeared, that rather they migrated to more favourable river reaches to seek respite from the hot and dry conditions.

Get Into The Action!

So, heading into the new season Wellington Fish & Game anglers can confidently expect to still encounter very good numbers of trout in their rivers with the added advantage that they likely came out of spawning in even better condition than previously seen.

Get out there and enjoy it!

Posted in Reel Life; Posted 22 months ago by Richie Cosgrove