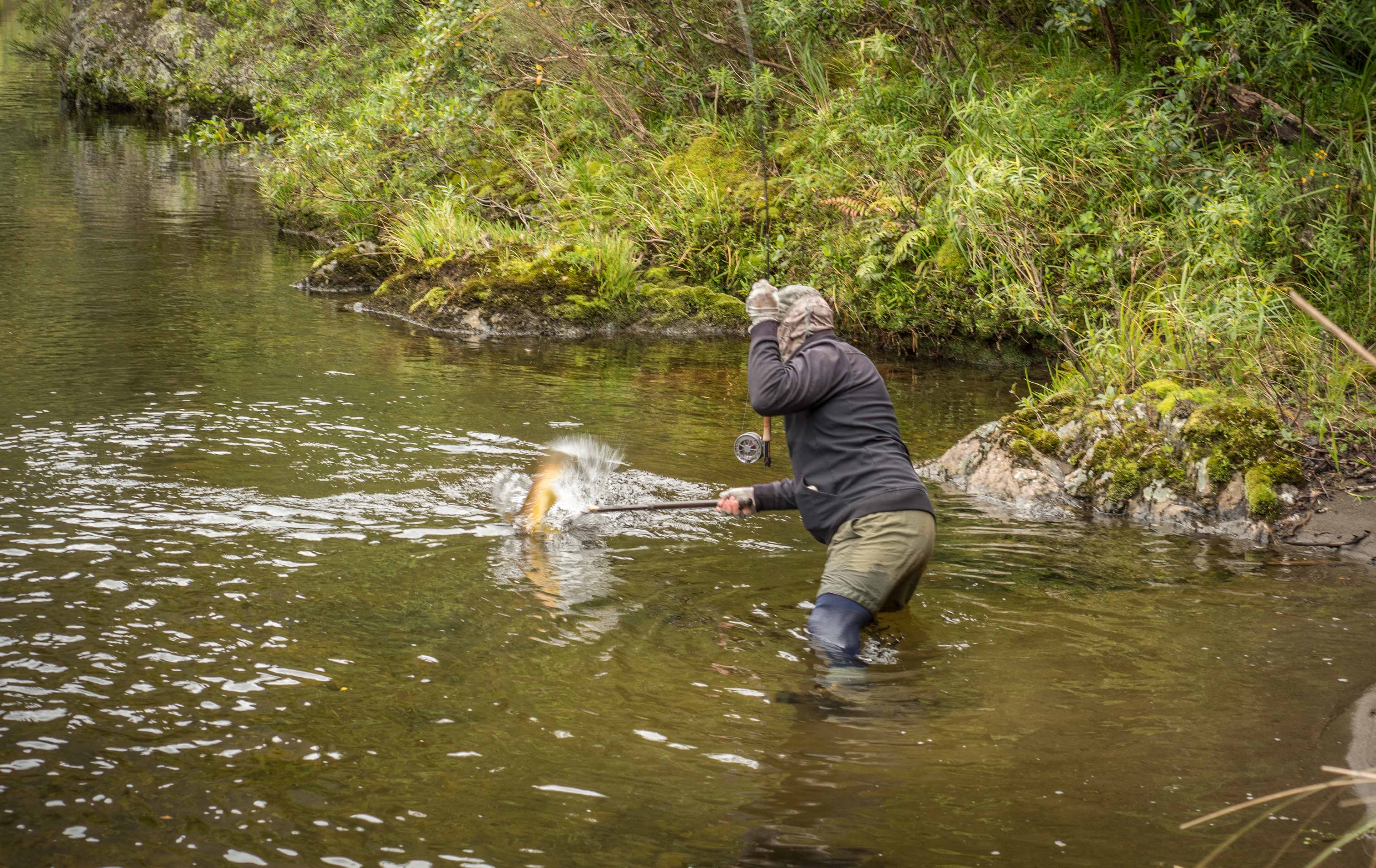 The cicadas continue to chirp and the trout get fatter still!

In fact, this has been one of the best cicada seasons in terms of duration and intensity for at least five years and some say longer.

At time of writing (mid-March) the cicadas are still going strong and this is well into the second month of action.

The result is very fat and healthy fish as the large protein rich insects allow the trout to put on a lot of condition very quickly.

This bodes really well for the last month of the season as there could be more trophy trout around and, indeed, all fish should be well set up for the rigours of the coming spawning season.

Meanwhile, the Hutt River must to be a standout for the season with plenty of large browns about and they’re more than willing to pounce on a big terrestrial imitation, even if the cast is wayward or sloppy.

The Ruamahanga is still proving to be a headache for some.

Despite our drift dives showing a very encouraging resurgence in the fish population with upward of 100 trout per km in some sections, many anglers are struggling to locate them.

The key to the Ruamahanga is, unfortunately, covering lots of water fast until you locate where the fish are holding up.

Because of the excessive amount of river bulldozing carried out by Greater Wellington Regional Council, the fish move around a lot.

However, once you’ve found them, you should get into plenty as they hang around in large schools.

In other news around the traps, we’re increasingly getting complaints about excessive pressure in the Tararua headwaters by both guides and foreign spin fishing anglers.

If you have concerns about this, you need to make it known to you the Wellington Fish & Game Council.

You can either come to one of the council meetings and raise it personally, or contact the office

There’s still plenty of good fishing to be had and ample water elsewhere that remains largely untouched so make the most of the last month of the season.

With so few readers engaged in Reel Life, most of Wellington Fish & Game’s effort is dedicated to our Weekly Fishing Reports which provide much more intel and user-friendly information.

If you want to be on the receiving list then please email wellington@fishandgame.org.nz with ‘Sign Me Up’ in the subject line.

When the fish become wary

Wearing drab or camo' clothing is a good way to get better results with wary fish (Photo Hamish Carnachan).

This time of year fish are generally feeding heavily to put on condition for the gruelling winter period.

However, this doesn't always mean they are easy to catch.

In certain heavily fished waterways the trout will have seen a lot of anglers and will, understandably, regard any two-legged interloper as a clear and present danger.

Whereas they may have continued on feeding in the early part of the season, the fish will react in one of two ways if it detects your presence late season:

1. Stop feeding, shut down and remain almost rigid in the current.

Subsequently, one of the best options for deceiving the trout is to remain hidden.

Keeping a low profile, using the cover of stream-side vegetation and camouflage clothing can be the difference between hooking up and watching the trout slink off towards the depths of the pool.

Another consideration is to go longer on your leader and lighter too.

Casting longer leaders takes a little more practice, and lighter terminal tackle can mean more bust offs, but at the end of the day it will greatly increase your success when fishing to wary late-season trout.