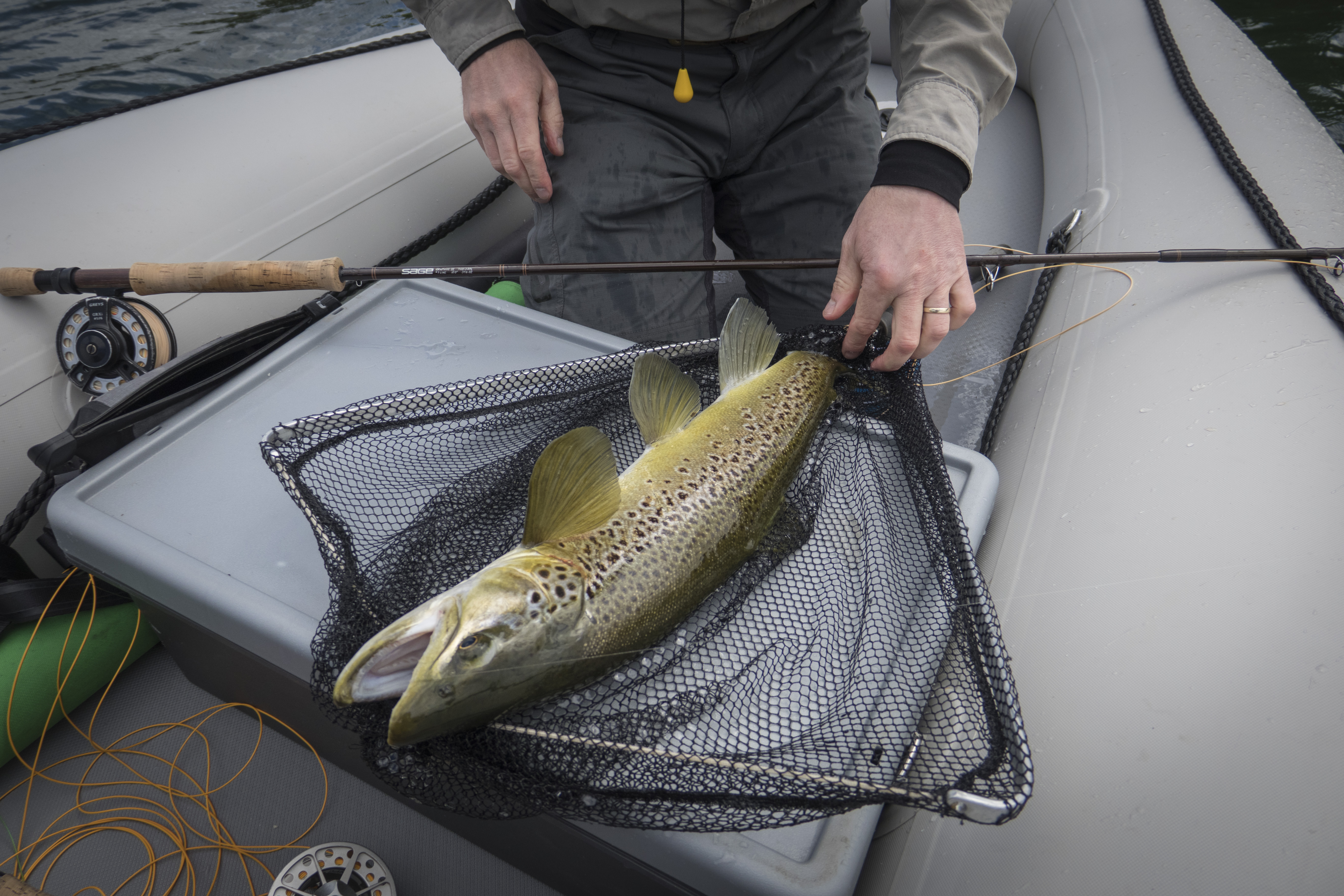 The hottest time in the angling calendar is upon us…and we’re not talking temperatures.

The terrestrial insects are now out in force in most parts of the country and the trout are looking up, eating off the surface.

Top right: A Wairarapa brown in great condition early season - how much bigger will this fish get? (Photo Andrew Harding).

For many anglers, catching large trout on terrestrial dry fly imitations is as good as it gets and this season promises to be spectacular.

As well as a very good hatch of cicadas – the best in several years, to date – there are big plagues of passion vine hoppers about and the willow grubs aren’t far off bursting out in numbers too.

This will make for some fast and furious action as usually cautious brown trout feast on this veritable smorgasbord! 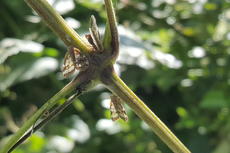 Year of the trophy trout?

This season is shaping up to be a record breaker when it comes to the number of large fish around.

Already we’ve got a handful of drift dives under our belt for the lower part of the Wellington Fish & Game region and what we’re noticing are great numbers around.

In fact, in one well-known river not 30 minutes from Wellington CBD our counts were double what we recorded last year!

What’s also noticeable is the exceptional condition of the trout we’ve surveyed to date.

While we’ve seen bigger fish in previous years, the condition factor of the brown trout in particular is off the charts.

It’s exciting to consider the prospects ahead when the fish haven’t hit anything like peak condition which is usually around April.

Trout put weight on very quickly when they’re feeding off large terrestrial insects and it’s shaping up to be a superb season for cicadas, passion vine hoppers and willow grubs.

Willow grubs about to burst out of the leaves (Photo Hamish Carnachan).

On top of that, we’re also seeing large schools of juvenile perch during our drift dives – something we haven’t noticed before. These little fish will make easy high protein meals for the trout and enable rapid weight gain too.

Could it be the year of the trophy trout for the Wellington Fish & Game region?

Let’s hope so. Staff saw numerous double figure fish last season so the genetics are there, and so too is the food supply.

This stretch of water is quiet by day but comes alive at night (Photo  Hamish Carnachan).

The fishing can get pretty tough during a prolonged period of low flows and high temperatures in summer.

Trout being cold water species, they can shut down and refuse to feed when the water warms too much.

There are still ways to beat the heat though and get into some quality fishing.

Although not numerous, there are a handful of spring creeks around the Wellington Fish & Game region.

Because of the origin of the water (underground) they usually sustain high base flows and cooler temperatures even in high summer. The trout will subsequently be a lot more active than in other rivers.

Confluences are also favourable spots for fish too. They will congregate here because the water is either cooler, more oxygenated (because of the mixing action), or both.

Also consider fishing when the trout are more active, which is during the cooler morning and evening periods - you'll be surprised how much more active trout are at these times.

Anglers usually associate summer with surface-feeding fish but when temps get too high such activity is confined to the start and end of the day. During the heat of the day trout will often seek refuge in deep pools where there water cooler at the bottom.

This means going heavy on the gear and fishing deep down - think double tungsten or a deep diving lure ripped past the fish's nose.

Finally, fish seek shade on hot days for the same reason we do... it's cooler. If you can find a deep riffle flowing under trees or an undercut bank, you'll likely locate a trout in that lie.

Don't be afraid of losing the odd fly because - get right in under the cover and the rewards will be there.