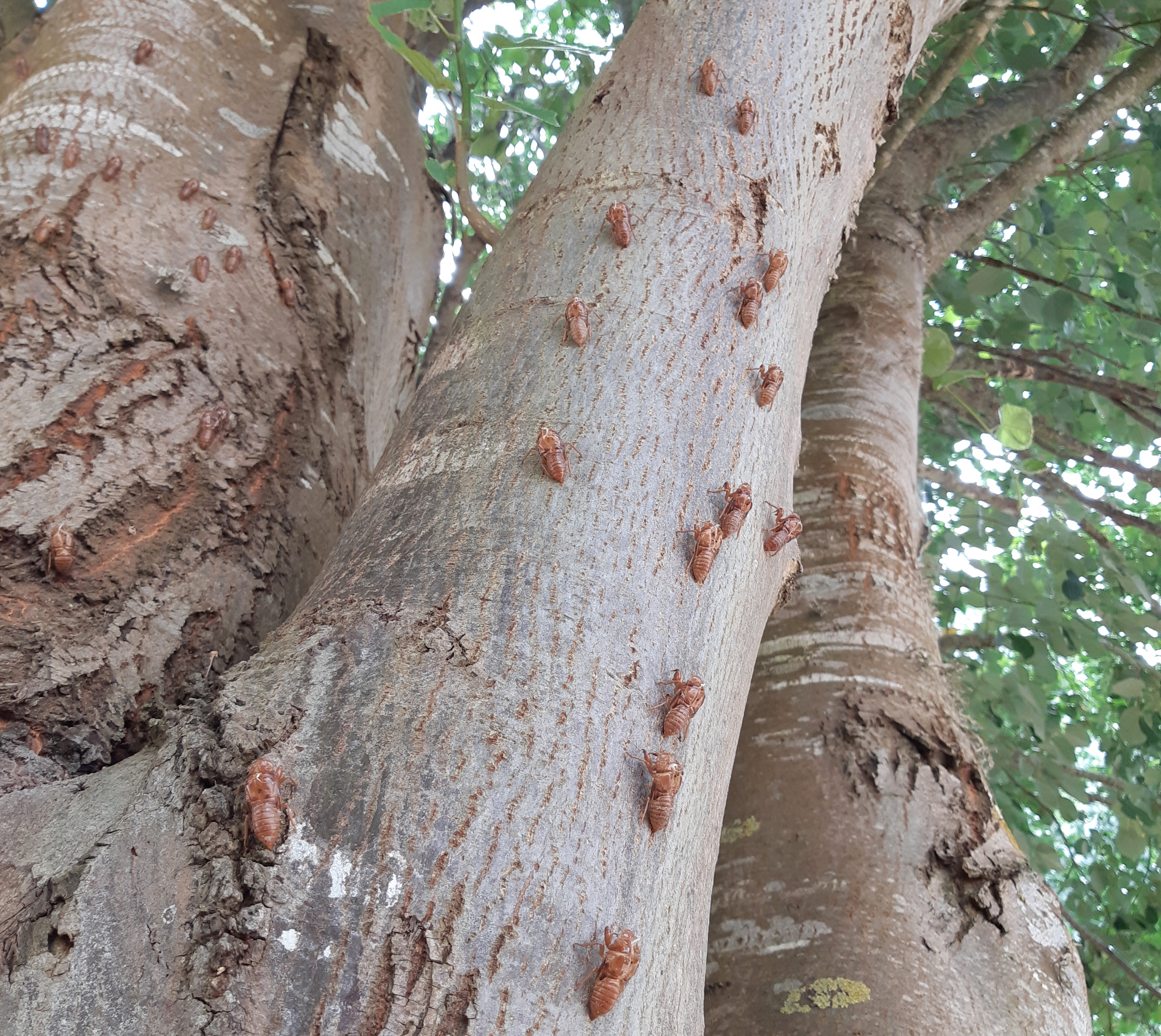 Fishing has been running hot

The angling in the lower North Island has been exceptional so far this season with very good fish counts, fine weather and some of the best terrestrial insect hatches we’ve had in years.

The recent rain has provided welcome relief from drought-like conditions and low river flows, flushing the rivers and reviving the trout.

The cicadas continue to chirp a month after first emerging on the scene, and the passion vine hopper are out in plague proportions.

This means plenty of high-protein food for hungry trout that are fast putting on condition for spawning.

With shorter days and cooler evenings, the trout in the lower North Island will emerge from their high-summer slumber and now start to feed aggressively with climatic conditions much more to their liking.

Now is the prime time to get out angling and make the most of the trout fishing riches on offer.

There’s been a major resurgence in the Ruamahanga River’s trout population and, after several lean years of fishing, recreational anglers are understandably ecstatic.

Wellington Fish & Game annually surveys trout numbers in the Ruamahanga by drift diving – a technique in which trained divers, spaced across the river in a line, drift with the current down defined sections of the water body and count the fish they observe.

Surveys carried out this month reveal the most trout Fish & Game staff have seen in the river in years.

“The Ruamahanga is cherished by anglers throughout the lower North Island so it’s great to see the fishery bounce back after several years of frustratingly low fish numbers,” he says.

In 2017 the fish population had plummeted to around 90 trout across all five dive sites, totalling almost 7km of overall river length.

This is relatively low by national standards at just 13 fish per km, especially considering its size and braided diversity.

“It’s quite amazing that we’re now back at 45 trout per km. It’s a remarkable turnaround,” Mr Teal says.

“Some dive sections boasted fish numbers as high as 110 trout per km.

"These are large to medium-sized fish too – we’re not talking yearling trout, they’re fish of between 1kg to 3kg.”

Mr Teal suggests the higher counts can be put down to several factors, one of which is having several benign winters in a row with few major floods.

“This has made for ideal breeding conditions and survival of both young and mature fish.

“We also noticed that the trout were congregating in areas that clearly hadn’t been affected by the regional council’s instream bulldozing.

“This practice has disastrous impacts on all aquatic life – native and introduced. It was quite telling to see much greater aquatic biodiversity in areas that are left untouched.

“This shows trout and natives co-exist well, and that human impacts are by far the biggest limiting factor for all aquatic species.

“However, we certainly will be asking questions of the regional council’s compliance and environmental monitoring teams to provide their assessment of the effects of bulldozers doing works in the rivers.

“This may hopefully lead to a wider focus of river management goals and outcomes, and if in-river works are being considered then they would have to be deemed absolutely necessary.”

Mr Teal says divers noticed a much more diverse range of species of fish and insects in the unmodified reaches of the river where the highest trout counts were obtained. 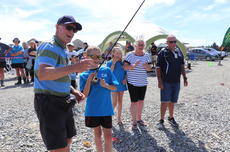 Sunny skies, warm temperatures and hungry trout made for ideal angling conditions for the 100-plus children who turned out for the Otaki Children’s Trout Fishing Day today, held Sunday, February 17.

The event – hosted by the Kapiti Fly Fishing Club and Horowhenua Freshwater Anglers Club in partnership with Wellington Fish & Game – was aimed at introducing children to the thrill of trout fishing.

“For many of these children it’s their first real experience of fishing.

“It’s a super rewarding event because as soon as they hook that fish and feel it on the line you look at their faces and you know they’re hooked for life.

“And hey, it’s got to be a good thing to show kids that there’s actually some exciting stuff to do that doesn’t involve touch screens or gaming consoles.”

Dr Kavermann says the day was “a huge success” with plenty of smiling kids and hopefully a new generation of anglers in the making.

“We were staggered how quickly this event became fully subscribed so soon after tickets being made available.

"Hopefully we can have more days like this at the venue to meet the demand.

“We’d particularly like to acknowledge the great work done by Winstone Aggregates in rehabilitating the site and making it available for the fishing day.

“The great aspect about this venue is that the Otaki River, like most of the rivers on the Kapiti Coast, has a very good stock of trout.

"So, when the kids advance their angling at fish-out ponds they can go and tackle the wild river-run fish only a stone’s throw away.”

Dr Kavermann says support for the event from the local community and businesses was exceptional.

He says the eagerness from local angling club members to actively assist budding anglers and the support for the concept from community groups such as Friends of the Otaki River has been very encouraging.

“These groups are developing a magnificent community asset which adds to the amenities of the Otaki and wider Kapiti area.”