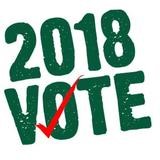 Fish & Game elections are off to a “flying start” with plenty of candidates throwing their hats into the ring.

Nominations have now closed with 169 nominations received from people around the country – standing for seats on the 12 Fish & Game regional councils.

Communications Manager Don Rood says its pleasing to see such a healthly response to the call for candidates to stand in the elections held every three years.

“These are our licenceholders – anglers and hunters who are prepared to offer their time and expertise to help manage the country’s sports fish and game bird resources.”

Mr Rood says that elections will be held for seats on nine of the country’s regional councils.

“We’re seeing democracy in action – there are a number of councils where 16 or more nominations have been received – and in one case, there are 20 candidates vying for the 12 seats,” he says.

There are three councils – Auckland/Waikato, neighbouring Eastern and West Coast regions where elections are not required as there are 12 candidates or fewer nominated, he says.

Voting opens on September 20 when voting packs are distributed to and online voting begins.  Voting closes at 5pm on October 12 and the successful candidates are named and all results made public on October 20.

“It’s crucial now that eligible voters, anglers and hunters who hold current Fish & Game licences, cast their votes – choosing the candidates they think will do the best for their fishing and hunting interests,” Mr Rood says.

The 12 councillors elected in each region will serve a three year term.

Mr Rood says they take on lots of responsibility – for setting regional fishing and hunting regulations, developing policy, prioritising the direction of staff through annual and 10-year work plans.