Taranaki Both Barrels May 2017 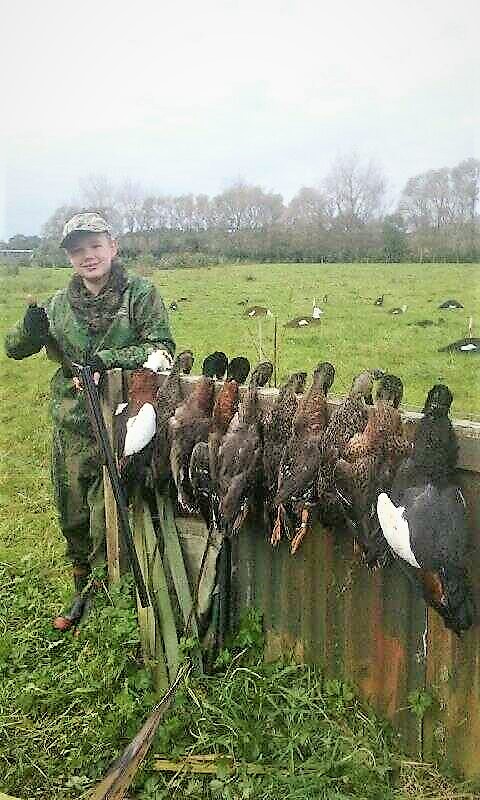 While some hunters have had very good success, overall it has been quieter than expected given the high numbers of ducks seen before the season.

Above Right: Jakson Stewart with his opening day bag of 10 birds at Lake Ratapiko, in the Inglewood - Stratford area. This bag was good enough to win Jakson the Inglewood Rod, Gun & Recreation Club cup for best junior shooter. Note the leg band on the duck fourth from right. The band number indicated the bird had flown in from the Wellington Region.

However it was noticeable that many ducks were holding up on the large number of un-shot ponds around the region.

Hunters tended to do well in areas where there was sufficient activity to keep ducks moving, but in other areas the ducks were undisturbed had little incentive to move from their home ponds.

Similarly, the frequent rain since opening weekend has seen many ducks sitting out in the middle of muddy paddocks.

Left: Ducks on an un-shot pond.

In these situations the traditional hunting approach on ponds and lakes can work in the morning, when these birds return to spend the day.

However for an evening shoot, the key is to target these shallow wet areas.

Most of this shooting will be last thing in the evening and all that is needed are drab clothes and to tuck in close to some cover.

The shooting can be thick and fast when the birds do arrive, making for some exciting hunting action. 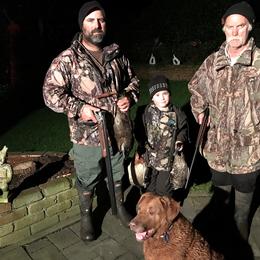 The wet weather has also meant that quite a lot of maize has yet to be harvested in the area from Waitotara south to Turakina.

This should create some good hunting opportunities later in the season when harvesting does finally occur.

There is no doubt that mallard numbers are higher this year than they’ve been for a long time, so we encourage hunters to make the most of the rest-of-season!