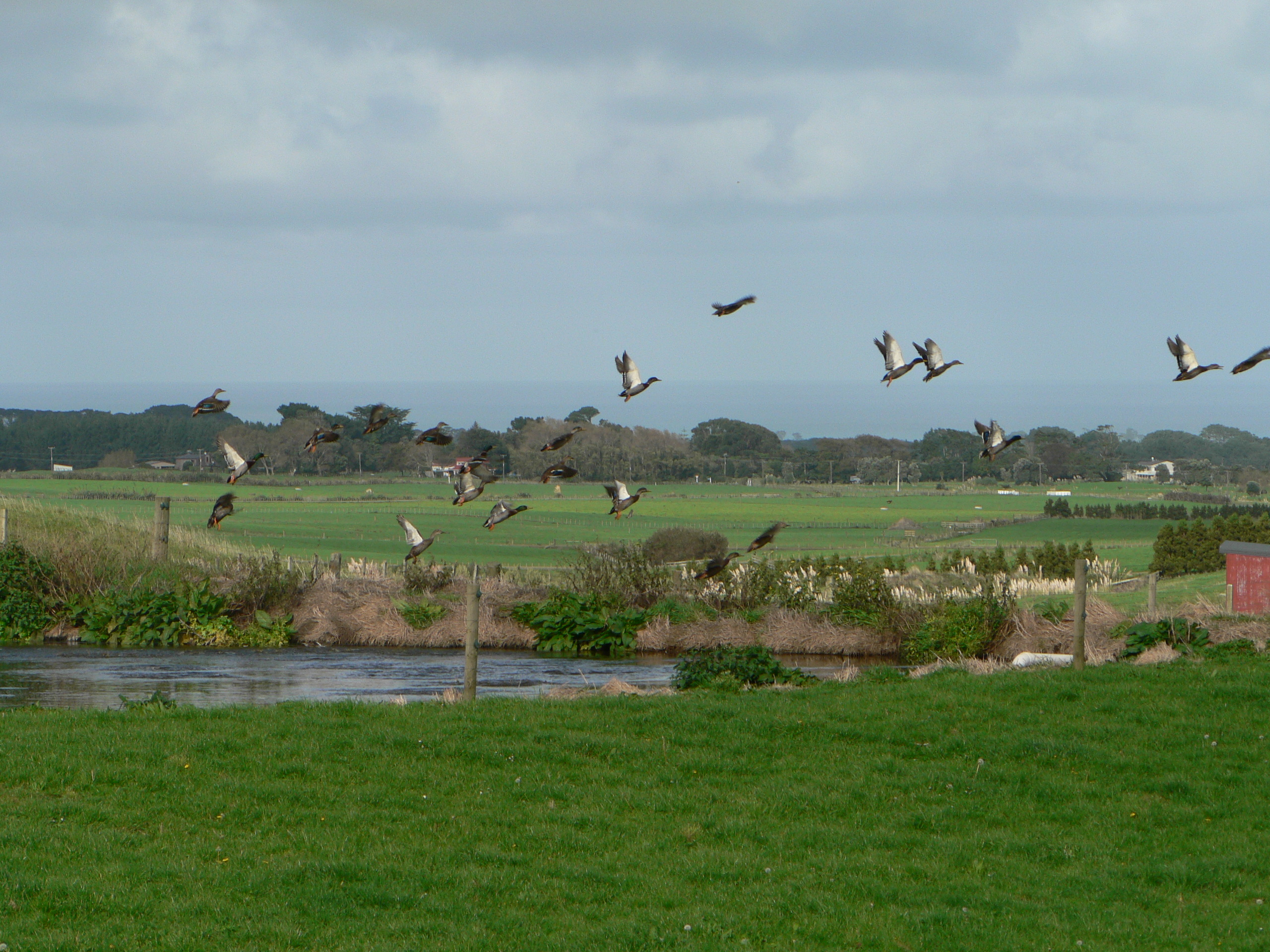 There will be lots of good hunting to be had in the Taranaki region this season, although the weather will as usual have a major influence on the availability of ducks in particular.

The key is to actively look for, and follow up on hunting opportunities, rather than just visiting the same pond each trip.

Mallard and grey ducks had another good breeding season thanks to a wet winter and early spring that kept wetlands and areas of casual water well topped up.

There was also good survival of young birds over the summer, as most were already fledged (flying) and able to move to find food by the time drought arrived in coastal south Taranaki and Whanganui.

When it did dry out in November, Fish & Game received numerous requests to deal with congregations of mallard and grey ducks targeting young turnips in particular.

The ongoing strength of duck populations was confirmed in Fish & Game’s mid-April 2018 helicopter survey of 20 randomly selected transects around the Taranaki ringplain.

As the fine calm conditions that occurred at the start of last season highlighted, success is not only dependent on having lots of ducks - a windy opening weekend that prevents ducks rafting up out at sea would be a welcome change. 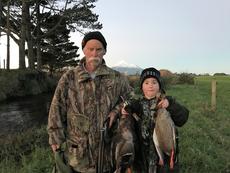 Having ongoing success during the season will also mean taking advantage of hunting opportunities that arise when ducks congregate on harvested grain paddocks, and areas where maize silage is being fed, or when they switch to feeding on worms and bugs in flooded or pugged-up paddocks following rainfall.

Paradise shelduck haven’t done so well over the last couple of years and it seems the wet conditions that help mallard and grey duck breeding may be less favourable for this species.

There were still some good mobs of paradise shelduck counted during the January moult.

Monitoring during the January 2018 moult indicates that numbers have come off their high in the Taranaki province.

So as a precautionary measure, the opening weekend bag limit has been reduced to 10 birds per day for Area C (Taranaki), in line with the limit for the rest of the region.

TBB3April18. There were still some good mobs of paradise shelduck counted during the January 2018 moult.

But parrie numbers are such that there will still be plenty of good hunting opportunities.

In recent weeks, Fish & Game staff have been kept busy dispersing mobs from late-sown brassica crops and areas of new grass, which indicates that parries will still make up a significant proportion of hunters’ opening weekend bags.

While it was a wet start, the dry conditions that prevailed over late spring and summer through coastal Whanganui should have favoured pheasant survival in this key upland game area, and anecdotal reports to date certainly support this.

Access permits to hunt pheasant and quail in Harakeke Forest just south of Whanganui, and also Nukumaru Recreation Reserve at Waitotara, are available from the Whanganui Office of Fish & Game.

These are popular and productive areas for pheasant, but holding a current permit is a condition of entry. The permits do not grant exclusive use and hunters are reminded to practice safe gun handling and respect the rights of other users.

While common practice in other regions, this opening weekend will be the first time in Taranaki that Police officers will accompany Fish & Game rangers.

As usual, Fish & Game will be carrying out licence and game bird regulation checks, while the Police will be checking that firearms users are either licenced or under immediate supervision of a licenced user.

Police will also be checking on the responsible use of alcohol and they have highlighted the importance of having a sober driver.

There are four regulation changes for the Taranaki Fish & Game Region:

1.  The opening weekend daily bag limit for paradise shelduck in Area C has been reduced to 10 birds, in line with the rest of the region.

2.  It is now an offence to wilfully leave any shot game bird(s) or parts of any game bird on the hunting ground.

This reflects that it’s important for hunters to show respect for their quarry and make a reasonable effort to retrieve any birds they shoot.

3.  No hunting is permitted within 200m of any urban sewage oxidation pond. Understandably hunters are reluctant to retrieve birds from such locations (if access is even available).

However dead birds left lying on these ponds is inconsistent with regulation change 2 and elsewhere has caused concern and difficulties.

4.  The clause that defined a season and bag limit for all other game bird species not listed in the following table has been removed.

This indicates that a species is either strong enough to sustain a harvest and therefore is listed on the table, or if not, it should be fully protected.

Use of lead in sub gauge shotguns

In the 2018 and 2019 seasons, users of smaller gauge shotguns are encouraged to use up their stocks of lead ammunition and begin using non-toxic shot.