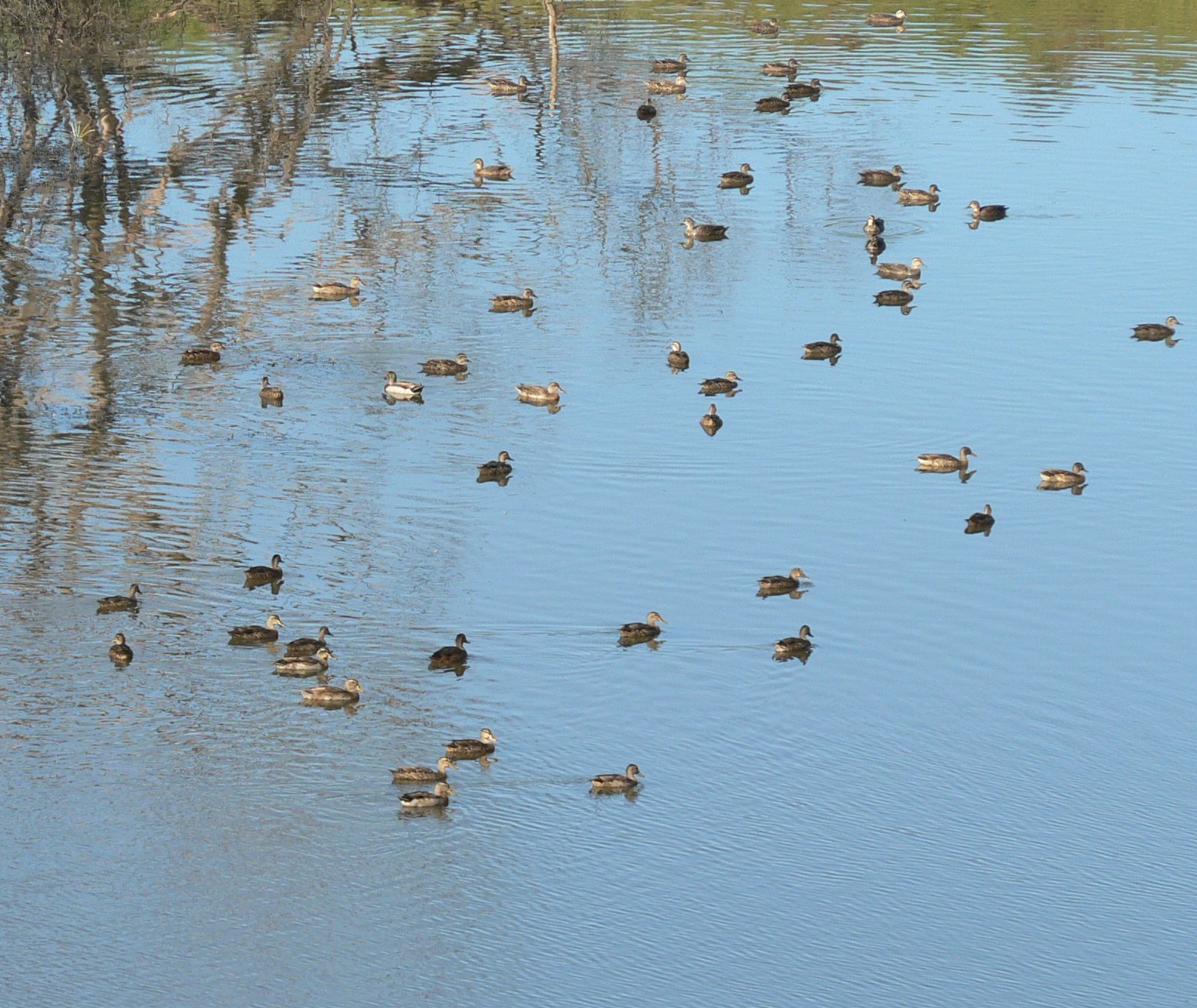 The damp grey spring last year and a wet summer has been a boon for mallard and grey duck breeding.

Many ducks lived out in the paddocks feeding on worms and other bugs, and a feature was the high survival of these broods.

As a consequence, we’ve been seeing large numbers of ‘real’ ducks all around the region.

Top right: A good breeding season means there will be plenty of ducks for hunters this year.

This was confirmed in our mid-April helicopter survey of 20 randomly selected transects around the Taranaki ringplain, where the total number of ducks counted rose from 1,334 in 2016 to 2,548 in 2017 – a whopping 91% increase.

It was interesting to note that the ducks had a clumped distribution, with some ponds holding hundreds of ducks and others only a few.

Some shallow, temporary ponds created by the exceptional summer rainfall were particularly attractive and would make fantastic hunting sites.

Of course, Opening Weekend hunting activity will result in the re-distribution of ducks from their preferred sites, allowing everyone to get a piece of the action.

So, all in all it is shaping up to be one of the better seasons for a long while.

Of course the weather will also play its usual part.

Fingers crossed it will be a breezy Opening Weekend, unlike recent seasons, so that the ducks can’t retreat offshore!

The numbers of paradise duck remain steady throughout the region and they'll provide good hunting opportunities as they congregate on stubble fields and areas of new sown grass.

As usual, the highest numbers are present on the Taranaki ringplain and frontal hill country, and a 15-bird limit for parries is in place for Opening Weekend in game management area C, reverting to a 10-bird limit for the rest of season.

Typically, a wet spring is not ideal for upland game.

However consistent with our own observations, hunters have been reporting seeing lots of pheasants over recent months and perhaps most pleasing, a number of healthy quail coveys.

Access permits to hunt pheasant and quail in Harakeke Forest just south of Whanganui and also Nukumaru Recreation Reserve (including the grazing leases) at Waitotara are available from the Whanganui Office of Fish & Game.

These are popular and productive areas for pheasant, but holding a current permit is a condition of entry.

Also included with the permit is a hunting diary to record your effort and success over the season.

While it’s not compulsory to fill this out, the collective data from a number of hunters is a useful way to monitor the quality of these areas over time, and it would be appreciated if you could complete this diary after each visit and send it in at the season end.

Changes to the Animal Welfare Act in 2015 confirm that it is entirely lawful to hunt or kill wild animals (including birds) when done in accordance with the provisions of any Act.

This includes the Wildlife Act 1953 under which the gamebird hunting regulations are issued.

However the changes also clarify that it is a very serious offence (a prison term of up to 5 years and/ or fine not exceeding $100,000) to wilfully or recklessly ill-treat a wild animal.

Ill-treatment is defined as causing the animal to suffer, by any act or omission, pain or distress that is unreasonable or unnecessary, noting that it is a defence if what was done is a generally accepted hunting practice in New Zealand.

With the best of intent, it is an unfortunate aspect of hunting that occasionally we will wound a bird rather than killing it outright.

However leaving a wounded bird to swim around is rarely anything other than unreasonable or unnecessary, and for most hunters our personal ethics require we put wounded birds out of their misery as soon as possible.

These changes also confirm that from a legal perspective we are required to, whether it is a follow up shot on the water or sending the dog out to retrieve an escaping bird.

Both out of respect for our quarry and also the future of our sport let’s make sure we do the right thing!