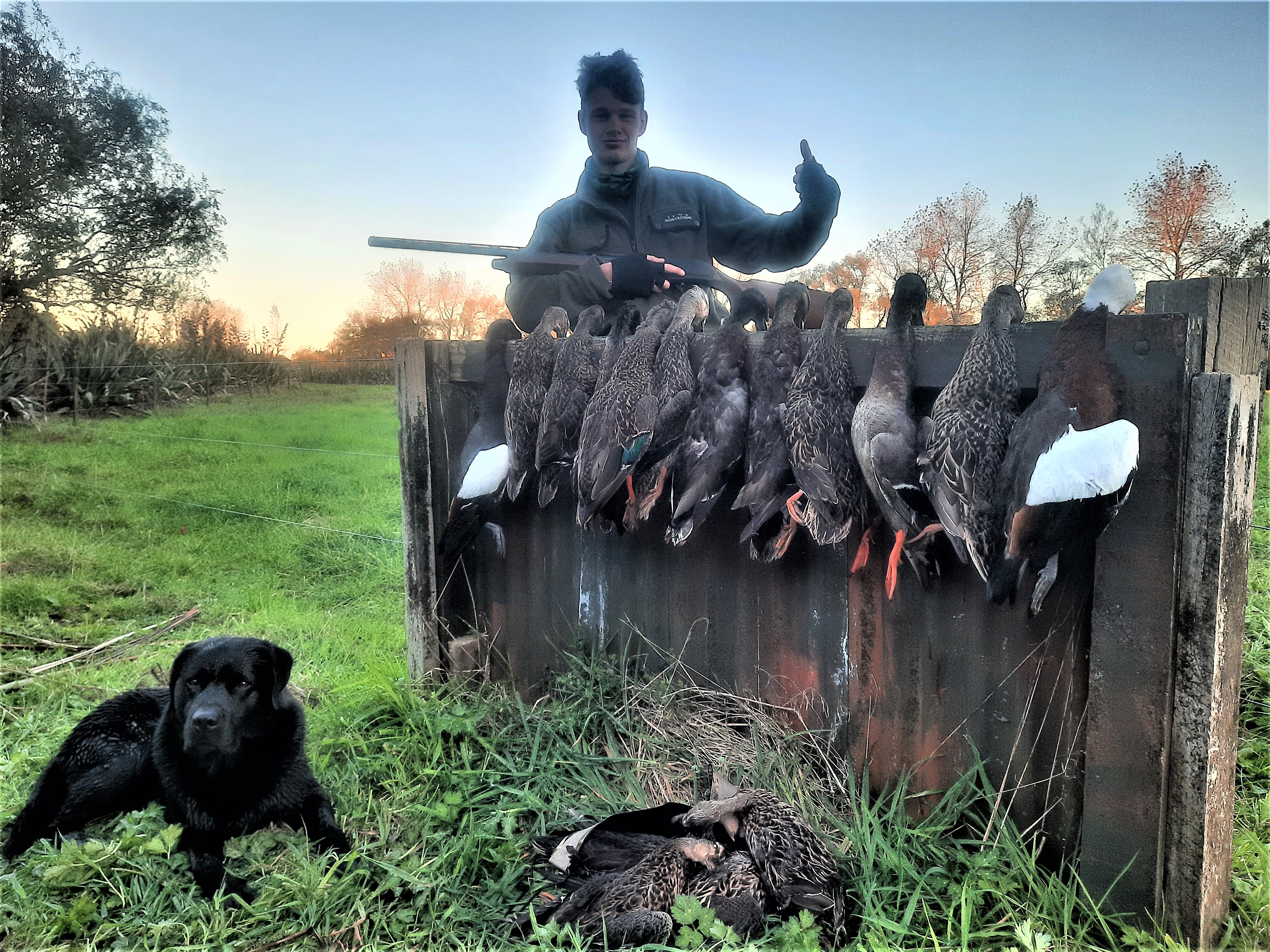 The recent dry weather has concentrated birds onto areas of permanent water and lakes and ponds that have retained water throughout the summer and autumn will be the places to be on opening weekend.

Duck camps on rivers and streams that provide cover and places for ducks to rest in the sun will also be good places to hunt, along with farm oxidation ponds. 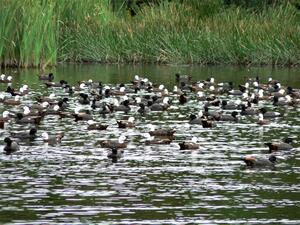 There will be good hunting for paradise shelduck on the Taranaki ringplain.

Paradise shelduck will also provide plenty of good hunting on the Taranaki ringplain, where substantial mobs have resulted in the ongoing demand for Fish & Game gas guns to disperse paradise (and mallards) from chicory crops and areas of new grass.

During our recent mallard monitoring flight, it was clear there are still some good mobs of parries out there.

The numbers of paradise shelduck in the Whanganui and Waimarino areas remain similar to recent years, but not all sub-populations are doing so well.

If you are hunting paradise duck, then consider limiting your harvest to just what you need for the table.

Pheasant is widespread in the region and they will continue to provide opportunities for keen hunters in coastal sand country and the backcountry in scrubby areas with lots of weeds and rough pasture or ungrazed riverbanks.

Pukeko are relatively abundant in the northern and central Taranaki areas and with an extended season through to 28th August, why not undertake a pukeko drive with a few mates and their dogs?

Eastern Senior Fish & Game Officer, Matt McDougall and Wellington Manager, Phil Teal with some of the ducks trapped for banding in February 2022

In February, Eastern and Wellington Fish & Game staff and volunteers helped local Taranaki staff band 554 grey and mallard ducks at three sites on a farm near Whanganui. 545 were mallards and 9 were grey ducks.

There were an additional 33 mallards caught in the traps that were already banded, with most of them remaining at the trap sites from last year.

If you are fortunate enough to shoot a banded duck this season, please return the data (band number, date and approximate location where the bird was shot) so we can use it for population monitoring.

To return the band data please go to the Fish & Game website, follow this link: (https://fishandgame.org.nz/game-bird-hunting-in-new-zealand/banding-form/) or give Fish & Game’s Whanganui office a ring on 021 270 0239.

Taranaki Fish & Game has retained the usual daily bag limit of 10 mallard/grey ducks and 10 paradise shelduck per hunter for the 2022 season.

In response to a request from local hunters with permits to rear and release bobwhite quail and red-legged partridge, these species have been added to the licence for the first time, with a bag limit of five and two respectively.

For more information on game bird hunting regulations see the Game Regulation Guide that comes free with your hunting licence and is available from local licence agents or by contacting Taranaki Fish & Game.

Note that a property occupier, their spouse/partner and one child do not require a licence to hunt on that property, however, they must comply with all other regulations (and only one occupier can exercise this privilege on each property).

5.2     No person shall hunt, as specified, within 200m of any urban sewage oxidation pond.

5.3     No person may wilfully leave on the hunting ground any game bird(s) shot or parts of any game birds shot.

Posted in Both Barrels, Hunting; Tagged Hunting Posted 4 months ago by Default Admin