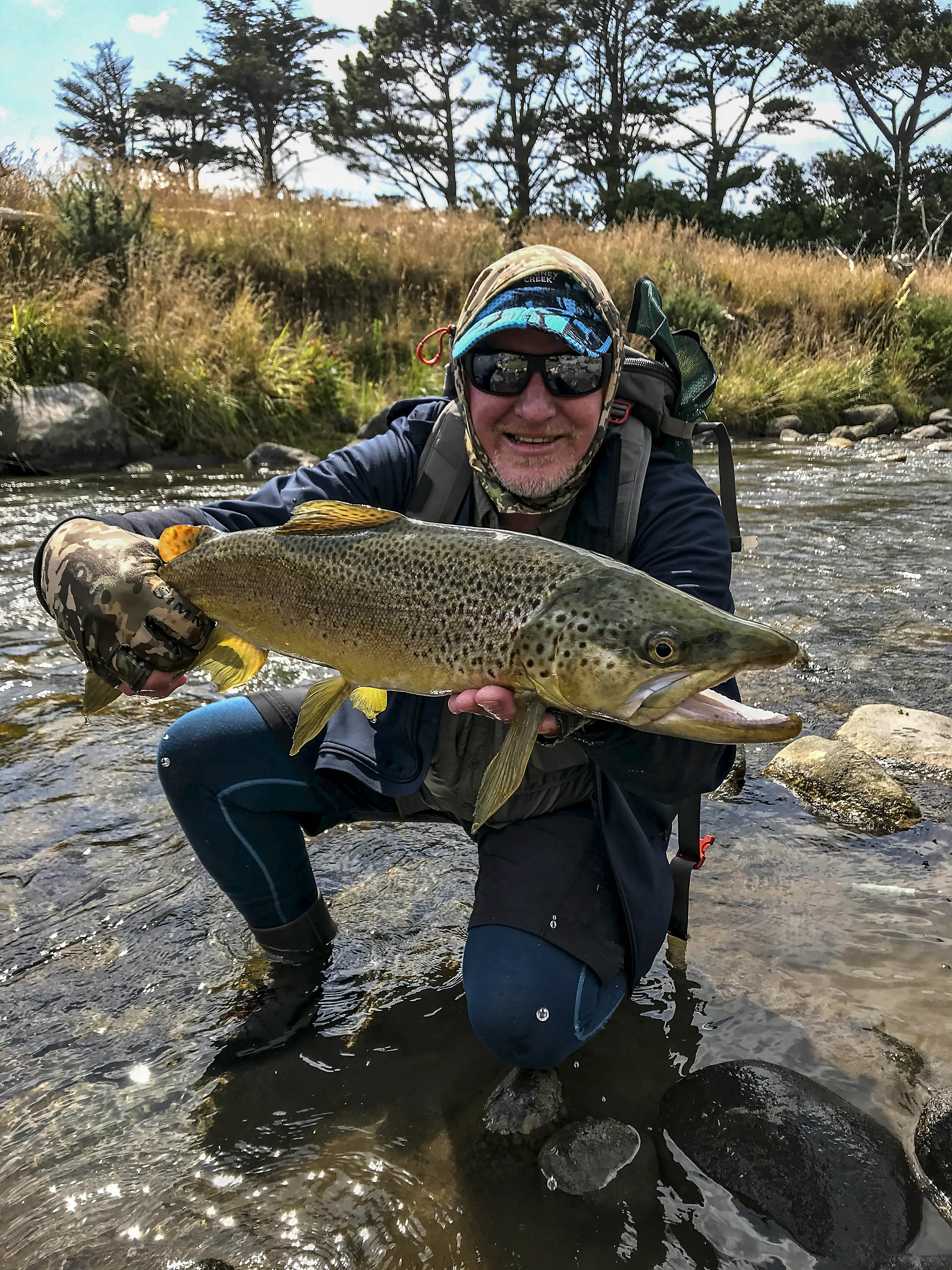 All rivers and streams are at their summer low flow, which is providing anglers with a great opportunity to spot trout on their feeding lies in shallow riffles and pocket water, under foam lines, or cruising a beat in the pools and deeper runs.

Cool overnight air temperatures from the predominant southwest and southeast winds this summer have produced a diurnal water temperature range of up to 70C, from as low as 150C at 8am to up to 220C in the late afternoon.

This means that trout will be most actively feeding early in the day and an early morning trip is also likely to encounter less wind.

Not that wind is necessarily a bad thing, as terrestrials such as beetles, passion vine hoppers, grasshoppers, blowflies, and increasingly cicada, will be blown onto the water and are a wonderful source of trout food at this time of year.

A small nymph on a dropper under a bushy dry fly will be a good rig to go with until cicada get into full swing. 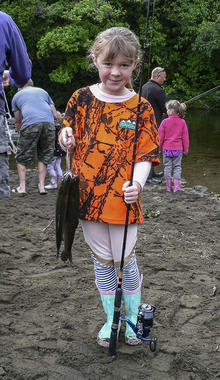 Scarlett Barnard with her catch from the Stratford kids' trout fishing event.

Volunteers were kept busy on Saturday 14th December, when 107 budding young anglers turned up to try their luck fishing for 300 good sized rainbow trout released into the Scout Den pool in the Patea River at Stratford’s King Edward Park.

As usual the early birds had most success, with the trout taking a break when the sun came out later in the day.

But with a sausage sizzle, drinks and plenty of chocolate fish on offer, no-one went away empty handed.

Many thanks to the Stratford Fishing Club for running this event with help from local angling volunteers, Stratford Lions, Stratford District Council and of course our major sponsor the Taranaki Electricity Trust. 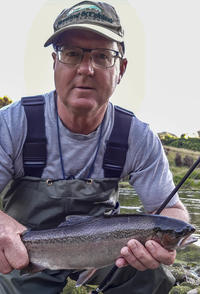 While a fair bit of angling has occurred in the Scout Den pool in the weeks since the release, there are still some nice rainbow trout present to complement the angling provided by the Patea River’s resident brown trout population.

Some of the hatchery rainbows have gone well downstream, as evidenced by local angler Robin MacDonald recently catching one in the river down near Mangamingi.