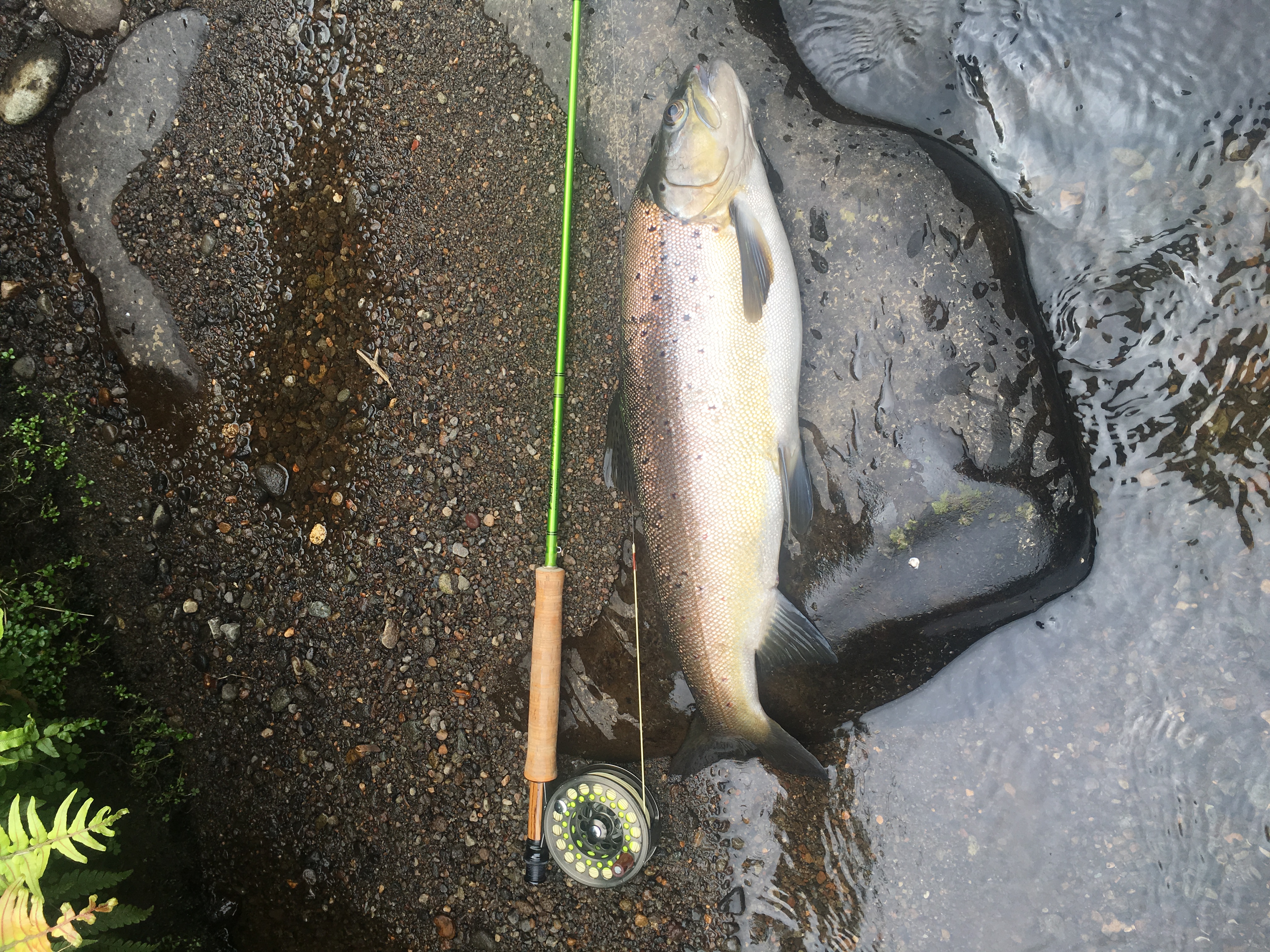 This year the new trout fishing season gets underway on a Friday, which means anglers have the opportunity to take a long weekend to get back out on the rivers and enjoy the peace and solitude that comes with the fishing.

Taranaki ringplain streams have had regular freshes throughout winter and spring, and most will be in good condition for angling.

There was one extreme rainfall event on July 17 2021, which affected rivers on the southwestern ringplain.

Unfortunately, the Stony River and the Waiaua River at Opunake remain full of sand from erosion in their headwaters within the National Park.

They're also still running grey with ash during freshes, but hopefully, they'll make a gradual recovery over the next few months.

While the Waingongoro River and Kaupokonui Stream also had high flows during the July flood, they came through pretty well, and anglers report success in the winter season reaches below SH45, which demonstrates the resilience of these valuable fisheries.

Further north on the ringplain, the Patea River at Stratford just reached the average annual flood level, while the Manganui and Waiwhakaiho Rivers were only in moderate fresh.

So even though a couple of rivers are out, prospects for the new season still look promising on the rest of the ringplain.

If the rivers are in fresh, Lake Mangamahoe will be worth a visit for the fly fisher and has had a recent top-up with Hawera hatchery rainbows up to 1kg, as has Lake Rotomanu in New Plymouth.

In the Waimarino district, the rivers running off Mt. Ruapehu have had no damaging floods and should provide good early season fishing.

The Manganuioteao River offers a wonderful backcountry experience, with its abundance of brown and rainbow trout and outstanding scenery, as well as its whio (blue duck) population.

In the middle reaches the Manganuioteao can be reached from the campsite at Ruatiti Domain. 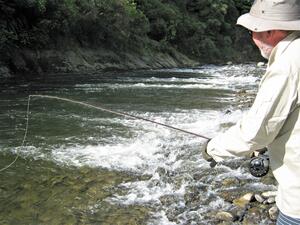 Access to much of the rest of the river requires landowner permission. Contact details are in the Ruapehu Fisheries section of the Fish & Game website, but phone before you drop into the valley as there is no coverage close to the river.

The upper Mangawhero River contains a good population of brown trout and is another Ruapehu fishery well worth a visit.

The Retaruke River fishery is also back on the radar.

A recent review of the upper river found that the headwater Erua slip has stabilised over the last five years, and water quality has improved significantly.

An electric fishing survey in late December 2020 found good numbers of brown and rainbow trout fry, and anglers have reported that the fishery has also rebounded.

As a result, the regulations for the Retaruke have reverted to all legal methods and a two trout daily bag limit for the 2021 season.

The upper river will close to fishing on April 30 to protect spawning trout.

Flow information for a selection of Ruapehu district rivers, including the Whanganui, Makotuku and Mangawhero, can be found at https://envirodata.horizons.govt.nz/

For more information on the Taranaki Region's fishing opportunities, go to https://fishandgame.org.nz/taranaki/freshwater-fishing-in-new-zealand/fishing-locations-and-access/  and click on the "Taranaki ringplain", "Whanganui' or "Ruapehu" links. 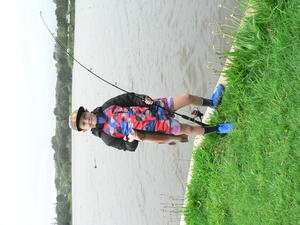 Luca Caldwell with his Lake Rotomanu rainbow trout from the October 2020 event.

Following the success of last year's event, the 2nd annual Lake Rotomanu family trout fishing day will be held on Saturday, October 30, from 8 am – 1 pm.

Lake Rotomanu is located near the mouth of the Waiwhakaiho River in Fitzroy, New Plymouth. Taranaki Fish & Game is funding the release of 500 rainbow trout into the lake for the event, which is being run in conjunction with the Inglewood Rod, Gun & Recreation Club and Taranaki Hunting & Fishing.

Families are asked to register before the day, either by visiting or phoning the Taranaki Hunting & Fishing store in Oceanview Parade, Moturoa (06 7572255) from early October, or emailing their details to astancliff@fishandgame.org.nz

On the day, families are asked to bring what fishing gear they have to the Rod & Gun Club's marquee tent set up on the grass by the boat ramp, and volunteers will assist with gear set-up, lures, bait etc.

Families will then be able to distribute themselves at suitable fishing sites around the lake. Volunteers will also circulate to provide advice and assistance where needed.

The day's objective is to create an angling opportunity for families by providing them with the knowledge, skills and support to fish Lake Rotomanu successfully.

The intention is to provide parents and caregivers with the skills to be able to bring their children or grandchildren back fishing in the future, and Fish & Game will issue families with a permit that allows them to fish Lake Rotomanu for the rest of the season.

Posted in Reel Life; Posted 9 months ago by Default Admin