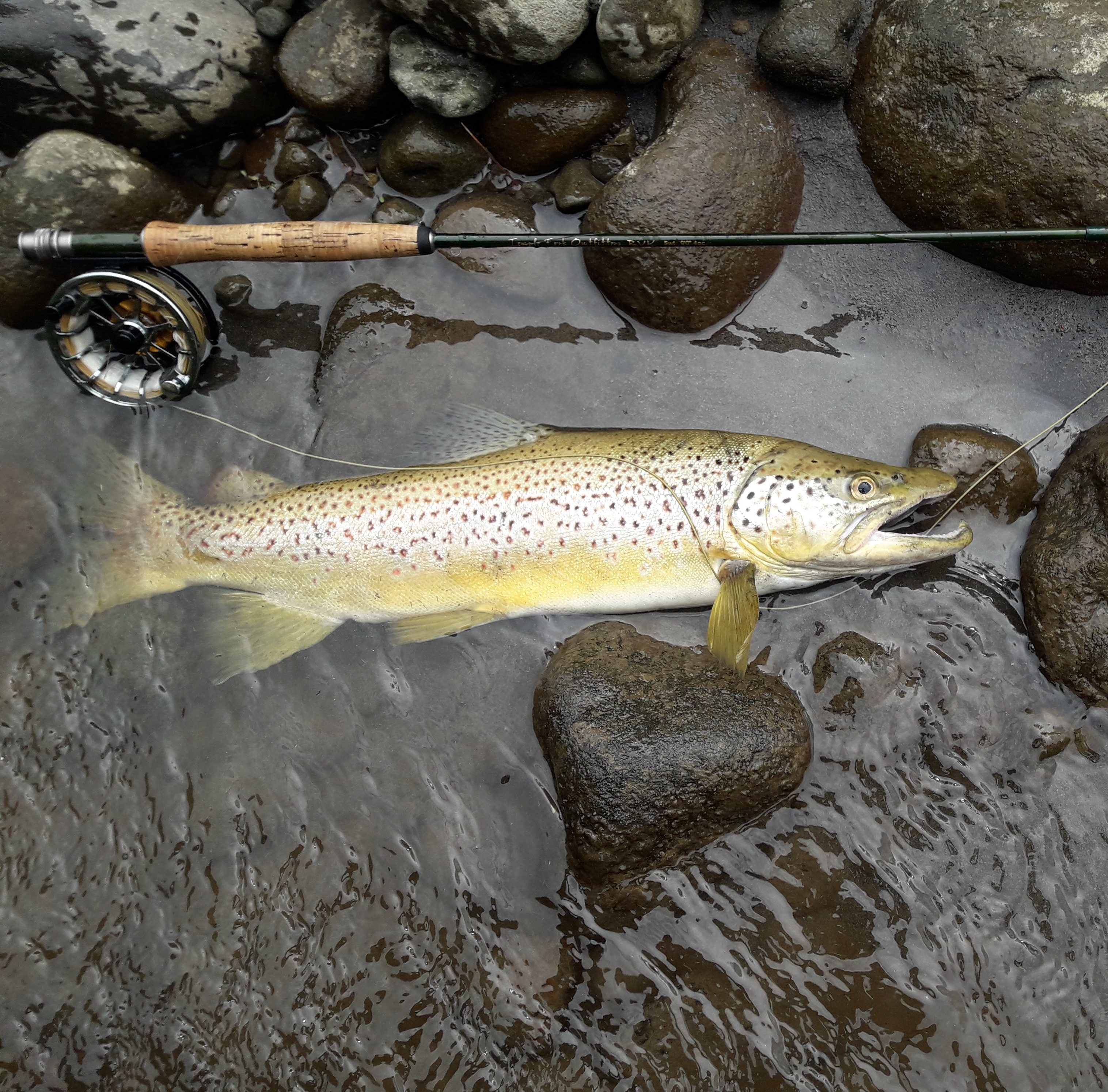 Early season success despite the weather

A succession of westerly fronts have produced several minor freshes since opening day, but in between times ringplain streams have been very fishable and some good fish have been taken on fly, spin and bait.

The freshes have maintained streams in good order and there have even been some hatches of mayfly to encourage the dry fly fisher.

Most waters have seen only a low level of angling use so far and the fish remain pretty well undisturbed.

Right: A South Taranaki brown caught on the first weekend of the season (photo Gerard Karalus). 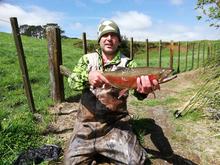 Baseflows remain relatively high in the larger rivers, such as the lower Manganui and Waingongoro on the ringplain.

They are also up on the upper Mangawhero and Manganuioteao rivers in the Ruapehu District.

Spin or bait fishing or the use of a Tongariro-style two-nymph rig is recommended for those rivers.

Please note that the Mangawhero River along SH4 is carrying a heavy silt load from the land slip upstream of Field’s Track and is currently unfishable.

Despite marginal weather conditions, 67 children attended the event at New Plymouth’s Lake Rotomanu on Saturday 19th October and most successfully landed at least one rainbow trout.

At the end of the day the remaining 150 fish were released into the lake proper and along with 100 rainbows already released, they will provide good fishing over the coming weeks.

A release of 250 two-year-old rainbows was also made into Opunake Lake and there are some good fishing sites located near the boat ramp and along the lake walkway.

Taranaki Fish & Game is continuing to run an angler diary scheme to collect information on river and lake fisheries in the region.

Anglers who are keen to participate can contact Fish & Game at Taranaki@fishandgame.org.nz