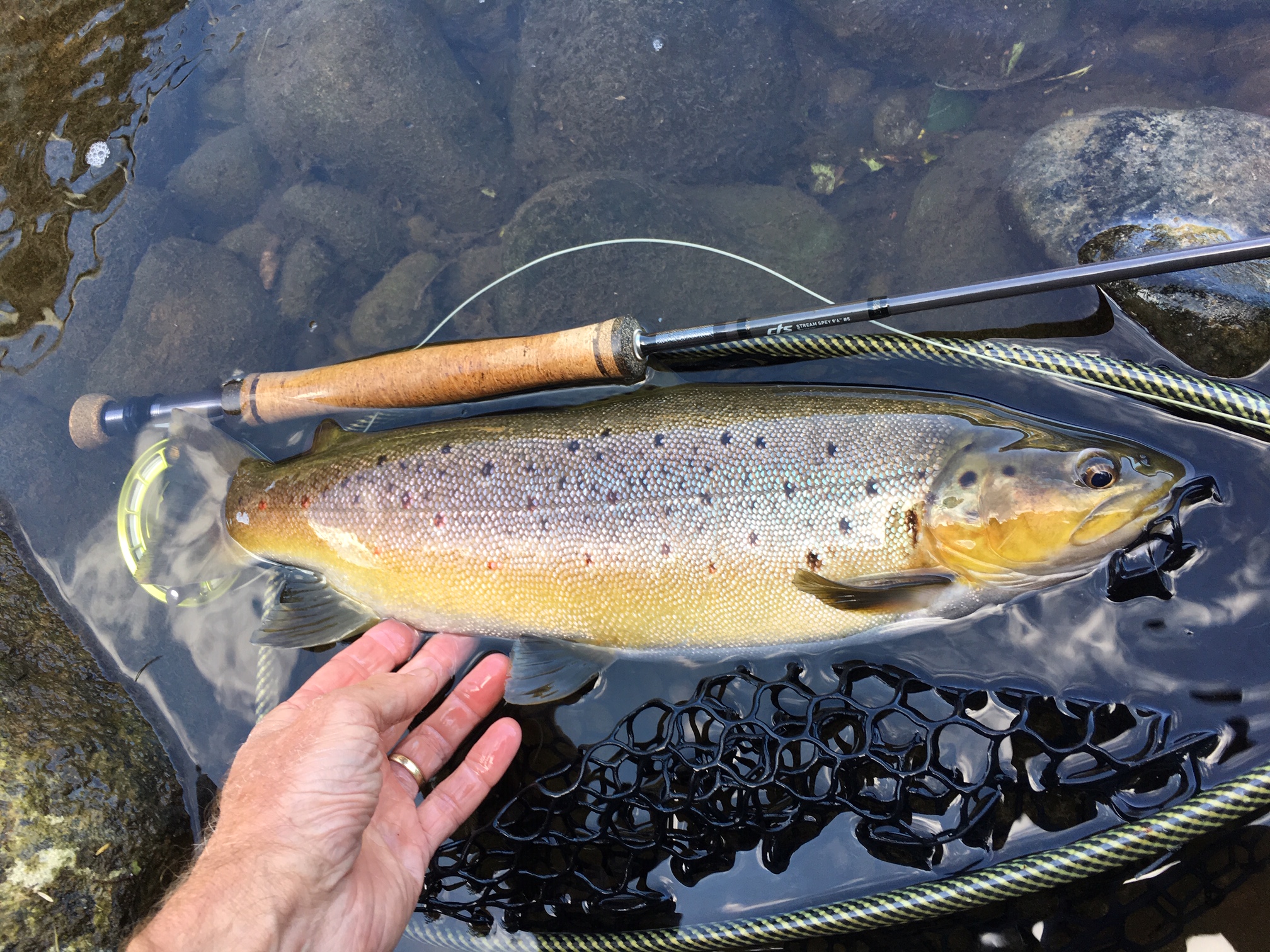 There’s been only a couple of very minor freshes since our last edition of Reel Life and flows have quickly dropped back to their summer lows.

Right: The pleasing result of a recent after work fish (Photo Michael Bakker).

However, a lack of large damaging floods last winter and very stable flows since then have been great for the recruitment of juvenile trout.

Our mid-December electric fishing survey of the Waiwhakaiho catchment found brown trout fry at all nine sites surveyed and anglers have also reported seeing good numbers of juveniles in a range of streams over the summer.

The 2018 year-class is therefore a strong one that will make a significant contribution to the fishery from 2020 onwards.

Carlos Cardoso do Vale caught a dozen of these 2018 year-class juveniles while fishing a ringplain stream on 16 March 2019.

While we’re still having some warm autumn days, water temperatures have come off their summer highs.

Trout are now in feeding mode for more of the day and making the most of food supplies as they put on condition in readiness for spawning.

That fishing trip after work or on days off should therefore be that much more productive.

Although cicada have all but finished, an imitation drifted through pocket water and down foam lines should still be well received.

As was recommended last month, a hopper imitation or any similar dry fly and small beaded hare and copper and halfback nymphs will also be worth a try.

All in all, angling conditions are looking great for the last month of the main season.

After reporting last month that the Stony River was adversely affected by a slip in the Pyramid Stream headwater tributary, it turns out that the slip was further downstream on the Pouakai Range, not far inside the National Park boundary. 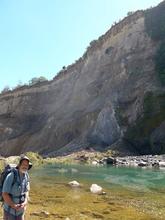 A similar slip that occurred in the same area in March 2014 (also during a long dry period) went right across the river and it took a while for the Stony to cut through and scour out all the fines.

The Stony ran very muddy during minor freshes on March the 8th and 13th , but at this stage it’s looking like the damage will be relatively short-term.